Home Rants Why The Rich Get Richer: Mechanisms of Crony Capitalism
Rants 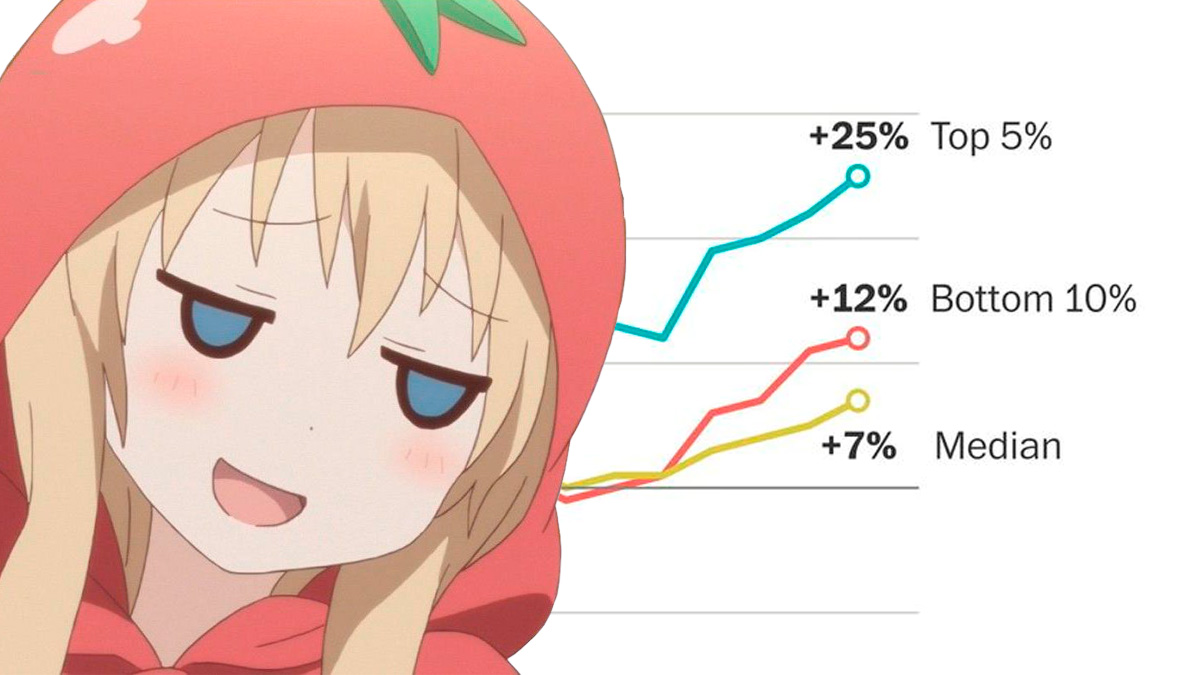 As a business owner, I am constantly annoyed by how little knowledge people have of economics. To combat ignorance and my annoynce, I wanted to present a simplified, neutral explanation to anyone interested in how income inequality happens. I emphasize, this post simplifies economics. Do not formulate your entire opinion based on a few videos and limited reading. That said, let’s discuss how the rich rule the world!

On simple terms, the rich get richer and the poor get poorer, because the rich can buy real-estate, land, stocks, gold, whatever. These assets have a tendency to grow in value over time, and they are particularly good investments when inflation is high. Stocks and real-estate especially are inaccessible to low income people, who suffer the worst of inflation when food, rent, fuel, electricity, medicine and other basic goods increase in prices.

Meanwhile, if you own stocks in companies that produce food, fuel, electricity, whatever people basically need to survive, those companies make massive profits when inflation is high, allowing higher dividends to shareholders. This increases the value of these companies’ stocks, which you can’t afford when you’re poor as fuck.

One of the key mechanisms by which wealth is distributed from the lower classes to the upper classes is inflation. Whether purposely exploited in that purpose or not, that’s how it works.

What is inflation? It’s the increase in a nation’s money supply. When a nation’s money supply quickly increases, you get inflation. This is because the number of people and economic activity do not grow with the same speed that new money is created. See, most of the common currencies we use today are called fiat currencies, which is make-believe bullshit not backed up by commodities. New currency can be created at the tap of a banker’s keyboard. And because new money is constantly being created, this makes money less valuable over time.

There’s also the matter of interest rates, but I’m not getting into those in this post.

Simply put, governments and businesses constantly borrowing from the banks to pay for incessant spending leads to there being more money, while production of goods remains unchanged. The more scarce a resource, the more valuable it is when traded into other resources. Making money more abundant destroys its trading value.

The wealthy not only have the abundant resources to buy whatever has the highest chance of increasing in value in the future, they also have the luxury of time from not working 2-3 jobs to stay alive, to instead spend that time on reading and planning, allowing them to make informed strategic decisions with their assets.

I won’t draw the dots to present some wild conspiracy theory about rich people buying off the media and picking their favorite politicians to promote to the common people, who in return for getting elected, abolish regulations or create new cleverly designed regulations, that make life hell for their small business competitors, nor will I discuss taxation, which makes everything more expensive. I won’t suggest that a large government full of career-politicians zig-zagging between the business world and government offices makes for a piss-poor referee in the game of capitalism. I let you make your own conclusions on how that’s working out.

Now, the silver lining is that by increasing your knowledge of economics, you can start to make better decisions and exploit some of the same opportunities that rich people are exploiting. Certainly, you probably won’t enter the real-estate business in your lifetime to become a ruthless rentlord, but many other means of wealth acquisition are accessible.

Note, if the below videos have been taken down, just go look for more information on central banking, how money is created, inflation, and maybe even read some Thomas Sowell. Enjoy your study!

How to Overcome Social Anxiety: Ideas for Baby Steps

The Importance of Property Rights

Of course you link Sowell. What a meme