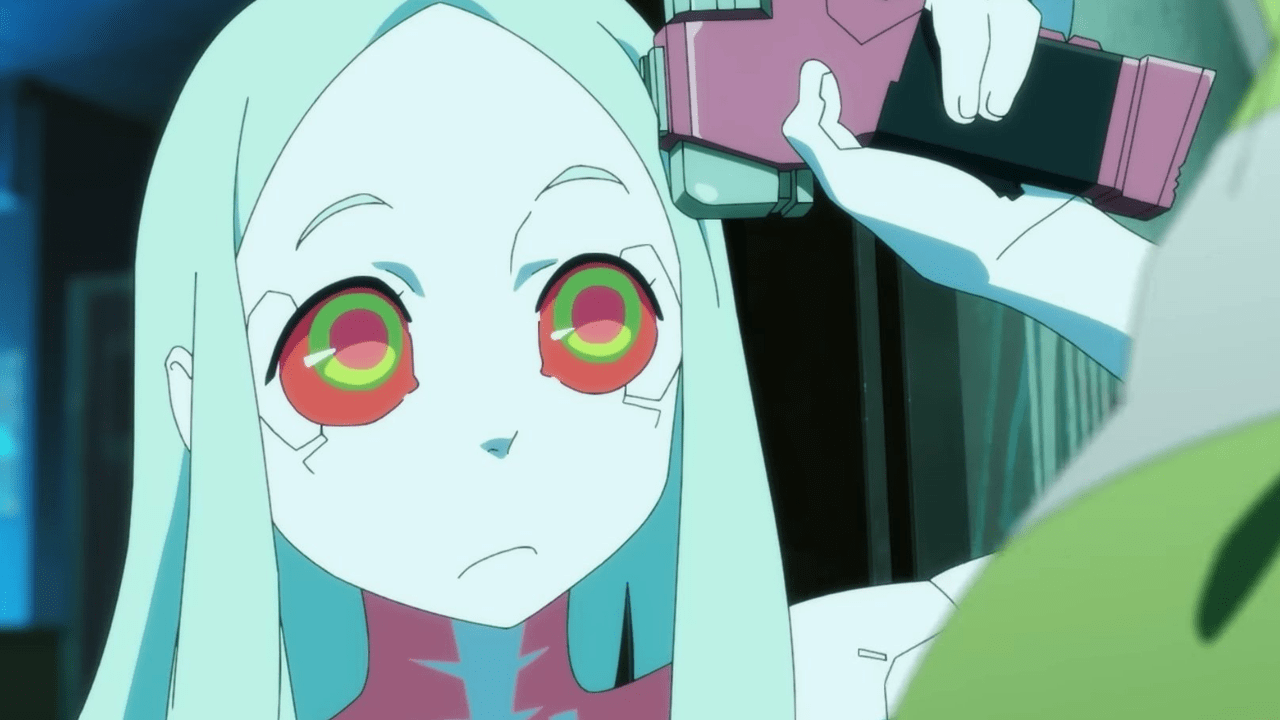 I know this sentiment among certain portions of the anime community. This push to normalize very young anime girls in popular fiction. They say it’s an aesthetic, they say it’s not about attraction to minors. Yes it is.

The new anime everyone’s talking about is Cyberpunk Edgerunners, created by Rafal Jaki, released in 2022. Based on the IP of CD Project Red, the creators of The Witcher game series, Cyberpunk Edgerunners is an anime adaptation of Cyberpunk 2077. The anime has a character named Rebecca. Studio Trigger, who made one of my favorite animes, Kill la Kill, was recently revealed to have fought with CDPR about the inclusion of Rebecca.

This anime inspired a raid on Twitter that has lasted like a week now. For many consecutive days, this word has been trending. Usually I see around 15000 tweets trending, which reeks of an orchestrated effort. Either a segment of the anime community are coordinating this push to manipulate the algorithms, or Twitter’s staff are amplifying it.

My website will not even feature this word and I try to ensure that not one image on my site will feature a minor. And to clarify, I am not against fiction depicting this shit, because fiction is fiction, but it simply poses too many challenges for my company to provide content for fans of this niche. The gains simply do not outweigh the hurdles.

If you enjoy this content privately, that’s fine. If you’re part of communities of this niche, you’re pushing it. If you try to make this widely socially acceptable, you’re crossing a red line. And since you are doing this, you clearly don’t know why it’s a bad thing, so I will argue why.

Many standards that feel restricting and arbitrary, are usually in place for good reason. You do not want to live in a society that is so free-for-all that anything goes. For a society to be socially cohesive, people must have certain commonly shared principles. Scaling up certain behaviors to be conducted by millions is not feasible, hence why morality exists.

You don’t always know the reasons why certain lines run where they do, because you didn’t live in societies of the past that did experiment and did collapse, leaving only ruins. There is a chance that something became taboo for valid reasons in the past, and it was argued through religion, because the complex mathematics and cause-and-effect chains leading to disaster were too difficult to explain to the average idiots. They just called it sin.

Adopting the attitude that nothing should be taboo ever is a very radical position to take. Asserting that this is “progressive” is laughable. Past generations experimented plenty. Retrying old ideas that were found wanting and pretending they could somehow become viable now is a bullshit assertion.

The many people that I’ve met through this work over these long years who had no limits were usually insane, in quite the literal sense. I’m talking actual suicidal people who had gone so deep, they had isolated themselves socially, reached a point where they could only derive joy from the most extreme content. Maybe this doesn’t apply to you, maybe you are stable and healthy, but in my experience, once you’re fapping to this shit, your life is close to falling apart.

Fiction Writing Tips: Murder Your Options, Commit to the Kill

Horror Game With a Deep Story: Slay the Princess

The narrative is an effective one because as long as they can remember, sexual minorities have always been the victim. Religious folk, parental expectations, sexual minorities have always been held down by the world – and now the world owes it to them to shield them from every consequence. It’s a pervasive message because that’s the point. Think of a Catholic priest and you’ll think a closet child molester, even when most of them aren’t that way. Point out if a member of a sexual minority consumes extremely taboo pornography, or bring up an example of such an individual committing sexual offenses, and you’ll be labeled a bigot. You have to look quite deep to find such examples like PurpleKecleon grooming children with their husband, and even then people keep them on the hush hush. Anything that risks putting sexual minorities in a less flattering light is brusquely ignored, even when the fact that NAMBLA exists is public knowledge.

Ultimately, perhaps, the best way to swing the pendulum back towards a balanced perspective is to give these niche communities all the rope they need to hang themselves with. Consider how often even among LGBTQIA+ groups, furries feature heavily among the punchlines of their jokes like putting them in ovens, despite the fact that furry communities often enjoy a lot of overlap with their aesthetics. Gender and race are constructs, they’ll say – but pooh-pooh the idea that anyone can be “transracial”. And that’s not even going into how comfortable women, both straight and lesbian, are around men who come out as transwomen. Some will even claim that transwomen are a conspiracy by old white conservative men just so they can fuck over women. Because apparently there’s a cabal of crusty old farts who are training men to down transitioning hormones and rain down upon feminists like futanari suicide bombers… never mind the fact that conservatives don’t believe in the legitimacy of gender transitioning.

Sexual minorities paint themselves as the bastion of love and acceptance and inclusivity because it plays towards their victim narrative – so the appropriate approach is to let them stand on their own supposed merits. By all means, they can all step forward and fly their entire brigade of freak flags. Without straight men to stand in their way as a common target for vilification, the divisions between their differing goals and wants will stand out instead. When they realize they’ve welcomed fans of bestiality, gore, vore, and so on in their ranks, trying to leverage them as a way into achieving legitimacy, it’ll be their mess to clean.

Sure, I get what it saying but even harsh societies that routinely abuse the very young don’t just collapse. Arab Islamic culture and Athenian Greek culture both has some seriously gross practices involving sex acts w/children. Didn’t cause any rapid collapse, these cultures even flourished for a time. Their fate does not seem linked to these practices at all.

It’s true, those cultures didn’t collapse overnight, and not necessarily because they had practices that basically preyed on children. Because in those cultures, these practices were protected. Consequences simply didn’t exist because those societies were built around making those atrocities a way of life, the same way that child slavery practices were something older cultures accepted as a way to get ahead or put food on the table.

What sexual deviancy looks for is a similar sort of legitimacy, in the same way that LGBT communities argued for their natural legitimacy on the grounds that ancient Greeks practiced homosexuality as not only a way of life, but as an intellectually superior form of love. (You’ll note here that they ignore the entirely misogynistic origins of the Pandora’s box myth, which claimed that women were a punishment from the gods, but sexual minorities are the bastion of love and inclusivity so that doesn’t ever get mentioned.) Granted, the community is at least cautious enough to not mention pederasty. There are organizations like NAMBLA who try their damnedest to go public with this, and those get distanced by sexual minorities very quickly. The last thing they need is a hit to their PR with suggestions of grooming, because that’s bait for rabid conservatives. No one wants to be actually responsible for the truly fucked up people in their camp.

Sexualization or other means of abusing kids is what causes social dysfunction to escalate over time. It’s mathematics. You introduce enough chaos into the social equation, things eventually spiral out of control. But as I said, consuming this content privately is not a problem. This simply isn’t realistic or preferable to bring to mainstream. Society needs certain principles for public life. You don’t go to the library to throw a party, and you don’t go to a party to read quietly.