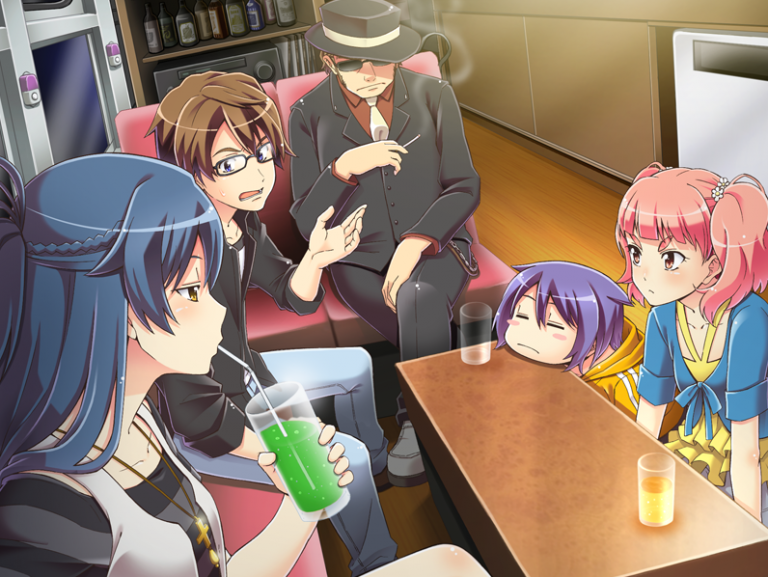 Deardrops, made by studio OVERDRIVE. Originally released in 2010, localized in English by MangaGamer in 2012. Full Japanese voice acting. Uncensored genitals.

Shoichi is a world-class violin player. A horrible incident occurs while he is performing in Germany, ending his musical career. He moves back to Japan, and with a little help from his childhood friend, Kanade, finds work at a live house run by her father, Master. After trying and failing to play guitar at a concert, he starts a band consisting of him on the guitar, an eccentric guitar wizard girl Yayoi on lead, an alpha asshole with named Gonda on bass, and the blunt and cold Riho on vocals, and a ditzy girl Rimu on drums. 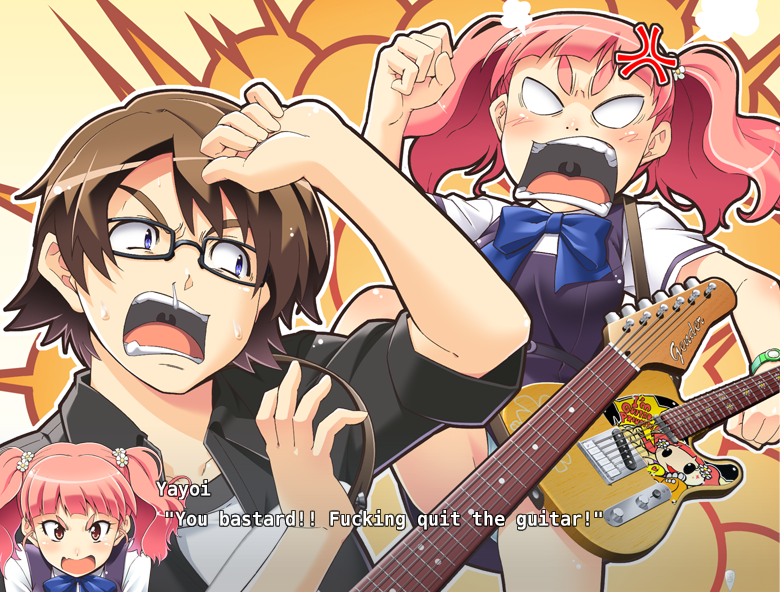 It’s a group filled with stubborn assholes, Shoichi included, but the dynamics work. A good portion of the story is spent on gathering the various members one by one, learning things about them and the problems they’re facing. It took me a while to realize, but watching the character interactions, they are each actually very three-dimensional. They all interact with each other realistically while retaining that light-hearted vibe visual novel characters often have. Gonda and Kanade embody this dynamic best, and only the one that seems far out there is Rimu, who is almost exclusively just a ditzy anime girl stereotype.

There is no one central plot or goal, but rather a number of smaller events and problems that need solving; things like a concert coming up and needing members for the band, or dealing with school bullies and lecherous bus-stop perverts. Most interestingly, we get to slowly learn bit by bit exactly what happened to Shoichi to get him thrown out of the orchestra, as well as the hopes and dreams of each band mate.

Deardrops is a visual novel. You click the screen to advance the story. You are presented with branching choices during the game that take the story into different directions. Save your progress into multiple save slots.

First impressions are everything, and with most visual novels, the first thing you judge are the visuals. Deardrops is an incredible-looking game, and it’s apparent there was a large budget for the art. Everything has a fantastic level of polish on it, with nice colours, shading, and especially linework on all the backgrounds and characters. The character designs fit with their personalities, their hairstyles, and clothing, and colours all matching how they act. The art as a whole is crisp and modern, easily one of the highlights of the game!

The user interface shares that same polish: there is a sleek, unobtrusive borderless text box and side portraits. This is actually a feature I love, because in addition to accompanying the on-screen sprites, the side portraits help to personify characters that don’t have a sprite for one reason or another. Shoichi, for example, doesn’t have a sprite because he is the main character, and Tamano doesn’t have one because he is a minor character. Using side portraits, though, we as the player can look beyond just text and use their facial expressions to better gauge their emotions, as well as stay immersed. My one complaint is that some characters, like Yoshiko, don’t have a portrait, which can be odd mixed in with the dialogue of characters that do have portraits! 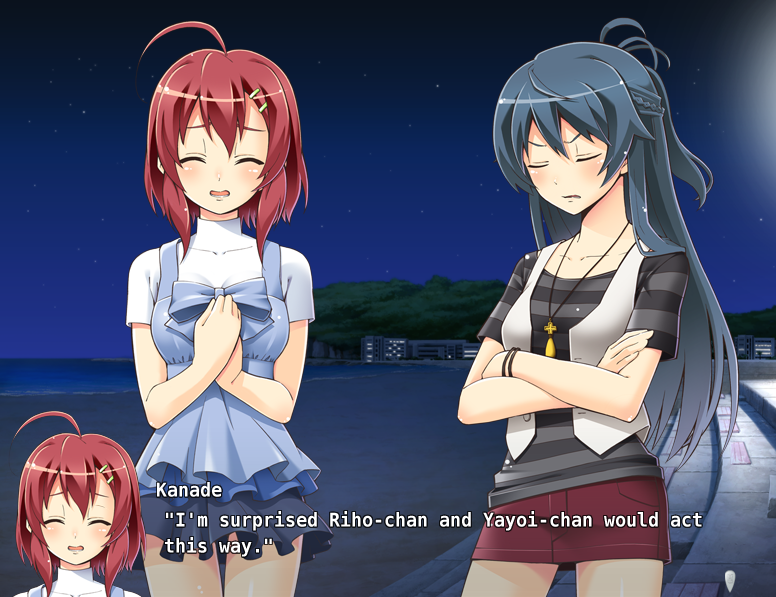 Being a game literally centered around music, I’d be disappointed if the music was shit. Now, most of the usual background music is more or less your average visual novel jingles, but with a rock twist; it’s light, simple and mood-fitting. However, when the band performs, the music shifts gears and we get to hear some pretty badass rock music.

The voice acting is another strong point. The voices fit the characters as well as their designs, and the actors have unmistakeable talent. However, I find it strange that characters without portraits, like the aforementioned Yoshiko, are fully voiced, wheras Shoichi, the main character, isn’t voiced at all. It may be uncommon for the protagonist to be voiced in visual novels, but when they go so far as to give him a face, it can seem empty at times without a voice.

As for the sex, you won’t see a lot. At all. This is a story-focused game, and while there are ero scenes, you’ll have to read through the story for a few hours before you see even an obscured panty shot. You have to work for the pussy, which is actually the way I prefer things. If I wanted to jack my dick, I could just as easily look at some porn on the internet, but in games like Deardrops, you make emotional connections with the characters before boning them raw. It makes the fucking more personal and more meaningful. 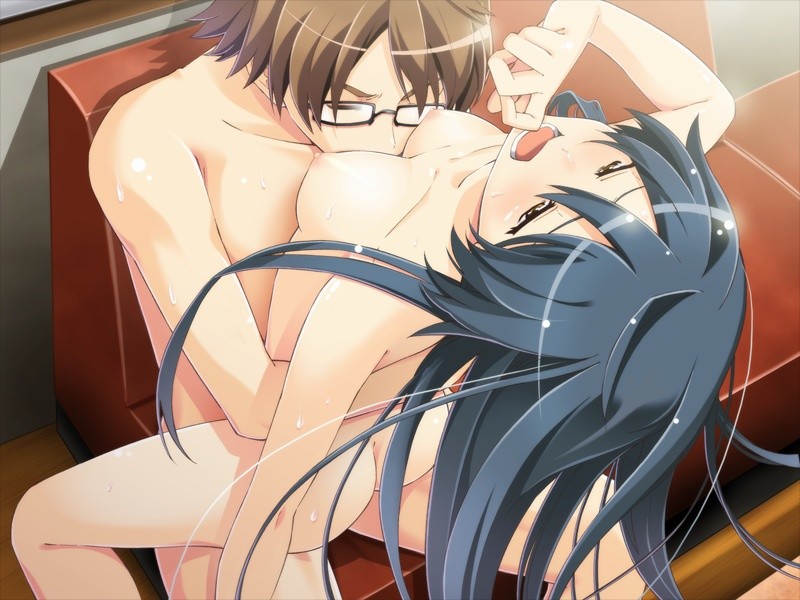 Deardrops as a whole is a fantastic game with few flaws; the art is beautiful, the music is fantastic, and the writing is just so damn good with a number of laugh-out-loud funny moments. The game has tons of routes and great characters, warranting an unprecedented 9/10 replayability score. This game gets the Milkmaster seal of approval.

I recommend this game to fans of asshole rockers. Download Deardrops at Nutaku.