1.6.2018 — Heroes of Lust received a fresh patch full of goodies. Before we talk about the changes, let’s cover the basics: Heroes of Lust is a free to play MMORPG clicker developed by Super Hippo Games, available on Nutaku.net since March 23rd, 2018. It plays in your internet browser on PC Windows, and Mac operating systems. Also available for Android smartphones.

The most significant patch change was increasing players’ stamina caps, something I heavily criticized the game for in my review. Players now receive 5 to their maximum stamina points per level-up. Also, potions now stack in the quantity of 200 per bag slot, leaving much more room for loot in the inventories of players. This change affects free players most, who only have 2 bags by default. Personally, I threw $30 at the developer, and subbed for the pay-to-win VIP service for 4 months, which also permanently unlocked the other two bags.

I screenshotted the patch notes, and copypasted the missing content below it. I’m also editing my review to reflect the improved quality of the game, maybe even craft banners to coax more players to try this epic clicker. 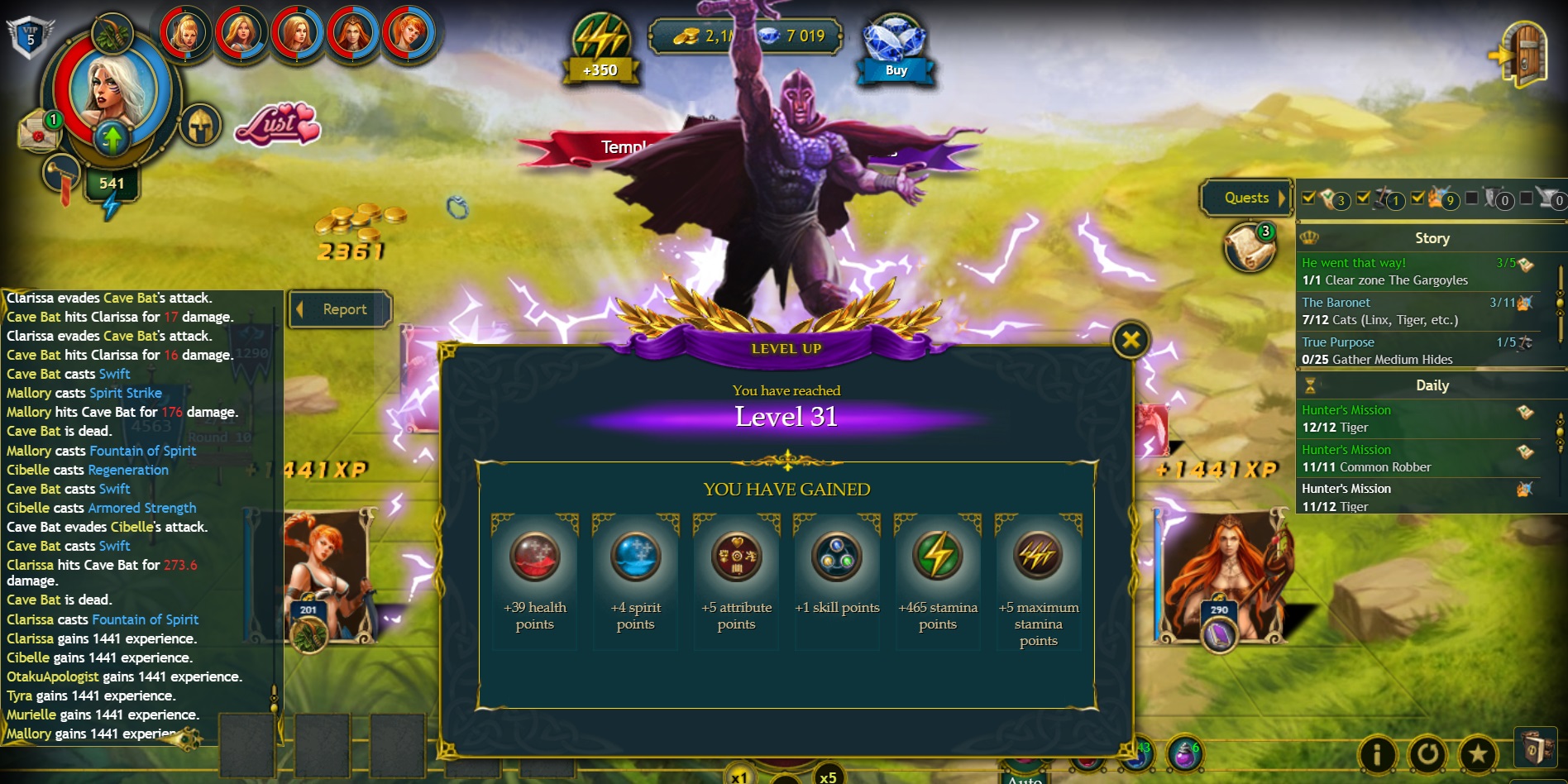 Our team is happy to announce some new gameplay features coming your way.

Huniecam Studio from Developer of Huniepop Now Available On Nutaku