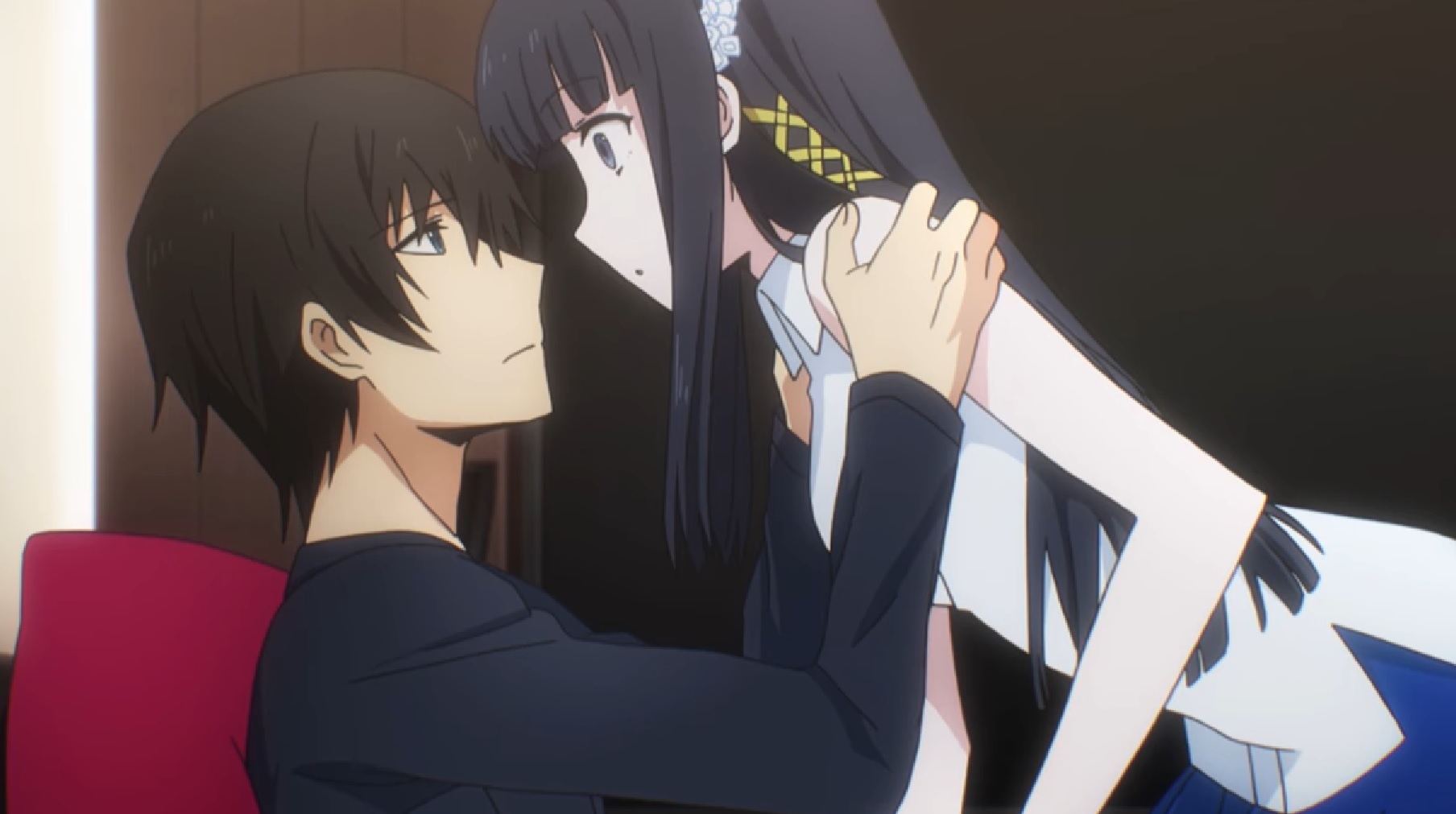 The Irregular at Magic High School, a light novel written by Tsutomu Satou, published by Yen On. Available on Amazon.

Light Novels are essentially the Japanese equivalent of western Young Adult novels. It’s a booming industry, and tons of anime are adapted from on-going light novels each season. One such light novel is Mahouka Koukou no Rettousei, also known as The Irregular at Magic High School.

Tatsuya and Miyuki Shiba are newly enrolled freshmen at the prestigious First High School. Students who attend this school are considered elites – it is the ultimate breeding ground for Magicians as many of its graduates end up enrolling into first-class Magic Universities. However, not everything is sunshine and roses. First High School segregates its students into two groups based on their entrance exam scores.

Students in the first course are called “Blooms”, while the leftovers, the second course students, are scornfully referred to as ‘Weeds’. Even for brothers and sisters related by blood, the difference in their magical prowess will define their future. The Shiba siblings are one such pair, Miyuki being the prodigious of the two due to her exceptional magical abilities.

However, despite being magically inept, Tatsuya exceeds expectations in many other areas, like technical knowledge, physical combat, and unique magic techniques. Mahouka follows Tatsuya as he goes up against arrogant teenagers, societal expectations, and a hostile environment where Weeds are shunned and seen as lesser beings. 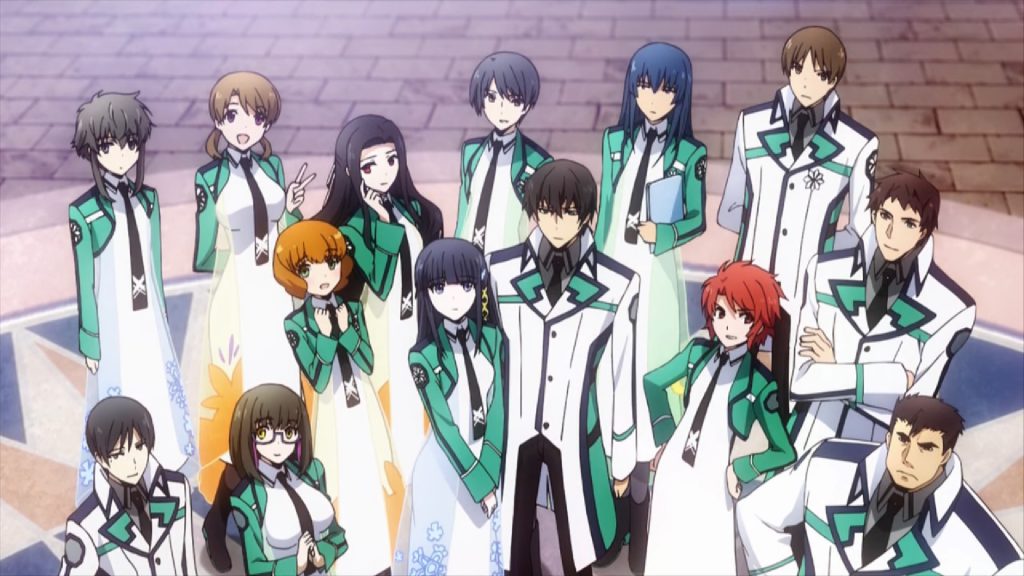 I enjoyed the premise of an overpowered character steam-rolling any obstacles and enemies in their way. This is entertainment and wish fulfilment at its finest. We’ve all wished to be the cool, stoic badass who fucks shit up, while simultaneously amassing a harem. It takes time for the novel to hit its stride, but once it does, the pace really picks up.

There are a lot of light novels set in high school, but what sets Mahouka apart from the rest is the premise of Magic being commonplace. It has become a pillar of society, and it’s interesting to read how Tatsuya overcomes the stigma of being a Weed. Unlike regular weeds, he’s aware of how capable he is, and takes shit from no one.

The hardships Tatsuya has to face are mostly brought on by Miyuki. Indirectly, because she would never willingly cause trouble for her precious Onii-san. As a Bloom, Miyuki is expected to surround herself with similar people. Unfortunately for her, these people take offense that she’d rather hang out with her brother. Predictably, they direct their frustration and scorn at Tatsuya, sparking a conflict between them. 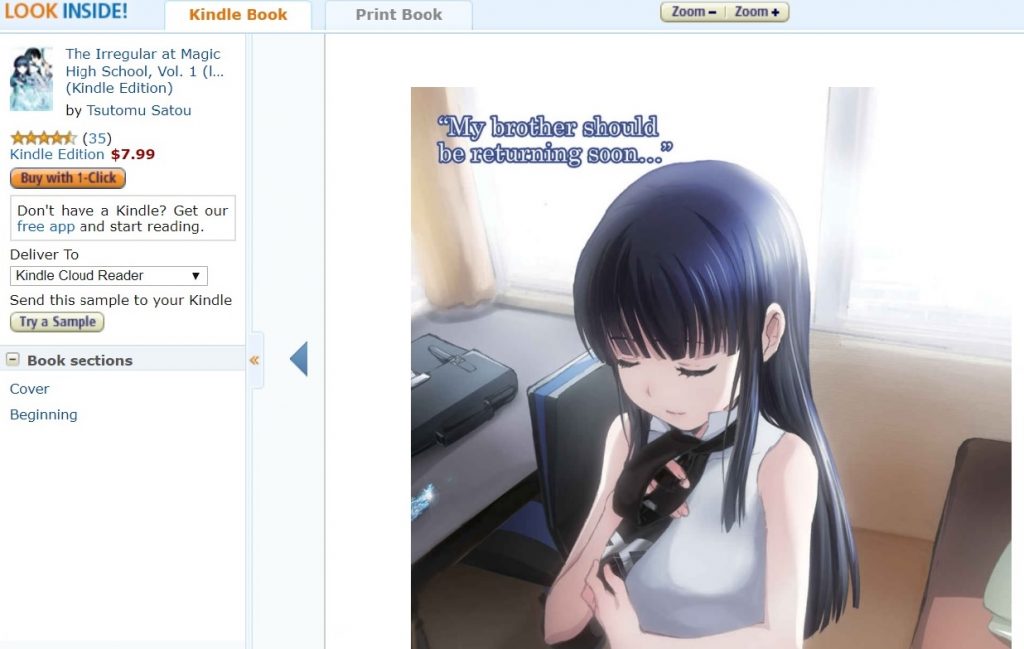 Another thing I liked was the character development. Tatsuya comes off as an emotionless gary-stu in the anime, but because we’re reading from his point-of-view, his quirks and oddities make more sense. His internal monologues give deeper insight to his personality and makes him more empathetic. And while Tatsuya remains the focus of the story, the author doesn’t neglect the other characters.

Tatsuya’s new friends share some of his spotlight. Chiba Erika and Shibata Mizuki, who sit beside him during the orientation, end up in the same class with him. Saijou Leonhard, better known as Leo, is a brave soul who strikes up a conversation with him on their first day. The gorgeous student council president, Saegusa Mayumi, expresses a keen interest in Tatsuya as a result of his entrance exams.

We don’t learn much about the characters, but it’s enough to keep the reader invested. It helps that this ragtag group has some pretty good chemistry with one another, and not just Tatsuya. Not all of them get along splendidly, but it is play fighting rather than outright hostility. It makes for great comedy.

I wouldn’t consider this light novel to be an easy read. I was originally intrigued by how the anime did its world building. Magic isn’t the result of a supernatural event, or simply picking up a grimoire and chanting a bunch of made up words. Magic has become like any other skill. Magic is institutionalized, it can be taught, and there are devices that can aid in spell-casting, like how we use computers to speed up a certain processes.

The author goes into exhaustive detail with his explanations and uses complicated, over-blown words like CADs (Casting Assistance Device), or Psions and Pushions. I had trouble remembering or understanding them, sometimes. If you dislike exposition-heavy books, this might turn you off.

Volume 1 only contains the first half of the Enrollment arc. This means the plot points aren’t concluded, and will be carried over to the second volume. If you end up liking the novel, you’d probably have to get the next one.

The writing style is a hit or miss. I’d describe it as straightforward and to the point, useful in some ways but detrimental in others. Explanations about unfamiliar terms or acronyms for example, are extremely dry and seem like something ripped straight from an encyclopedia. I’d sometimes skip paragraphs simply because I wanted to get back to the story. Outside of the explanations, I never found myself bored.

And finally, we come to the romantic subtext. Despite being siblings, Miyuki aggressively flirts with her brother. I did not have a problem with it. It was hilarious how she kept making passes at Tatsuya, and how he occasionally humoured her by responding with vague innuendos. However, I’m aware this might be inching into dangerous territory for some people, even if the implications aren’t acted upon. 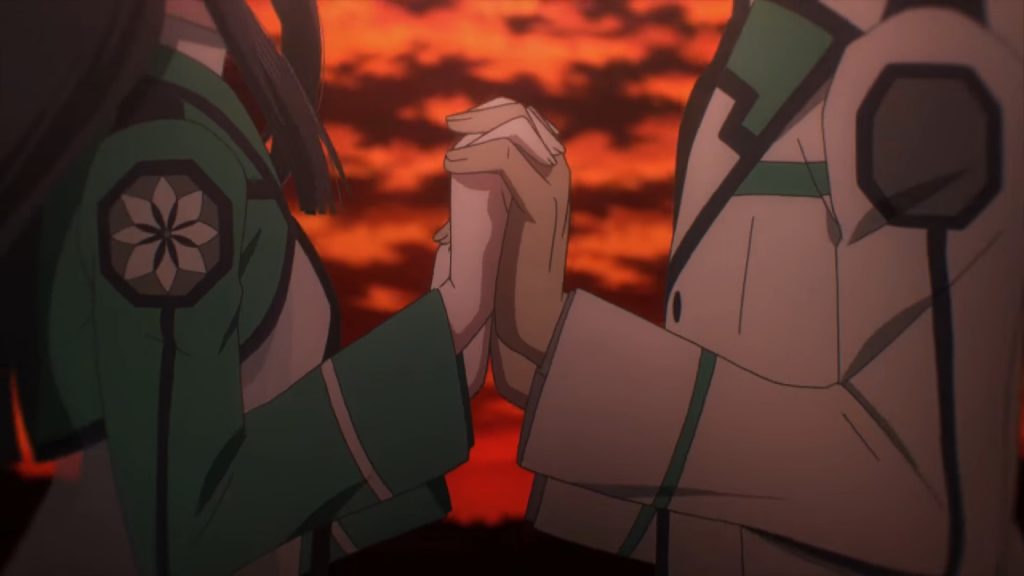 It’s a surreal experience reading this first volume, and noting the differences between it and the anime. But because I’ve experienced both, I’d like to think I can help people make an informed decision. For both newcomers and fans, the question remains: Is the light novel worth reading?

My answer is yes.

I would highly recommend Mahouka if you’re looking for a good read, anime fan or not. If you’ve enjoyed stuff like Sword Art Online and Overlord, you shouldn’t have trouble enjoying this light novel.