The male character’s aggression makes the scene stand out. At one point he even chokes her. After a brief recovery period of 20 seconds, Uncle begins foreplay with some nipple squeezing and breast play, before finally seating her ass onto his dick for another round.

The second episode is noticeably brighter and more vivid with the colors than the first. Scenes with a mixture of 2D and 3D assets are also less noticeable here, but easily identifiable. These scenes look much better than the last episode.

The sex animation hasn’t improved, nor decreased. The animation style and quality is consistent with the first episode of Ore ga Kanojo o Okasu Wake. The shots are good, with genitals exposed from the right angles, and no close-ups of male butts.

The scenes also do a great job of focusing on Rinka’s body. The only parts about the men you’re seeing are the dicks. Most anime fappers just want to admire the female body as it’s ravaged. The camera angles in this anime are perfect.

Rinka’s moans and screams sound great. When her mouth is stuffed with dick, the audio is blissful. The pizza delivery guy barely utters a word. Uncle’s voice actor continues to be the weakest in the series. He doesn’t sound masculine and menacing when threatening Rinka with violence. He often comes off as a smug bastard with really awkward internal dialogue.

Much like in the first episode, the music is uninteresting. You barely hear anything.

Rinka shows signs of resistance throughout the episode, but eventually consents to the rape as the pleasure gets too intense. The highlight scene of the episode is Rinka opening the door for the pizza delivery guy and struggling not to moan in pleasure, as Uncle plays with her ass using anal beads. Uncle then rips out the beads, causing a gasp of shock to escape her lips. Uncle then jams his dick into Rinka’s drooling vagina while she is answering the door. He grabs her butt cheeks and starts fucking her. Rinka’s reluctance to suck a complete stranger’s dick is cute, but she handles his meat stick like a pro. She loses control of her mouth and pussy as the two gentlemen ride her on both holes.

The scene is pretty nightmarish when you think about it. A poor little girl is used and abused by two grown men, who even use violence to coerce her into sex. Uncle is a total criminal, but the mood doesn’t go as dark as you’d expect. The scenario manages to be so absurd, I was just laughing my ass off.

If you’re the disturbed type that masturbates to incest and rape, Ore ga Kanojo o Okasu Wake Episode 2 has both. The animation is solid, the voice acting fine enough, and the soundtrack unobtrusive. The scenario is hardcore, and dark as hell.

You can watch this anime on several shady streaming sites. I recommend Animeidhentai, Hentaigasm, and Hentaisun. 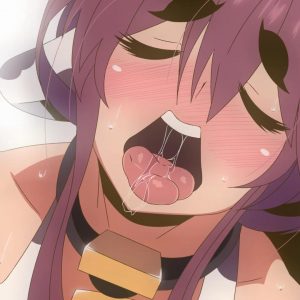