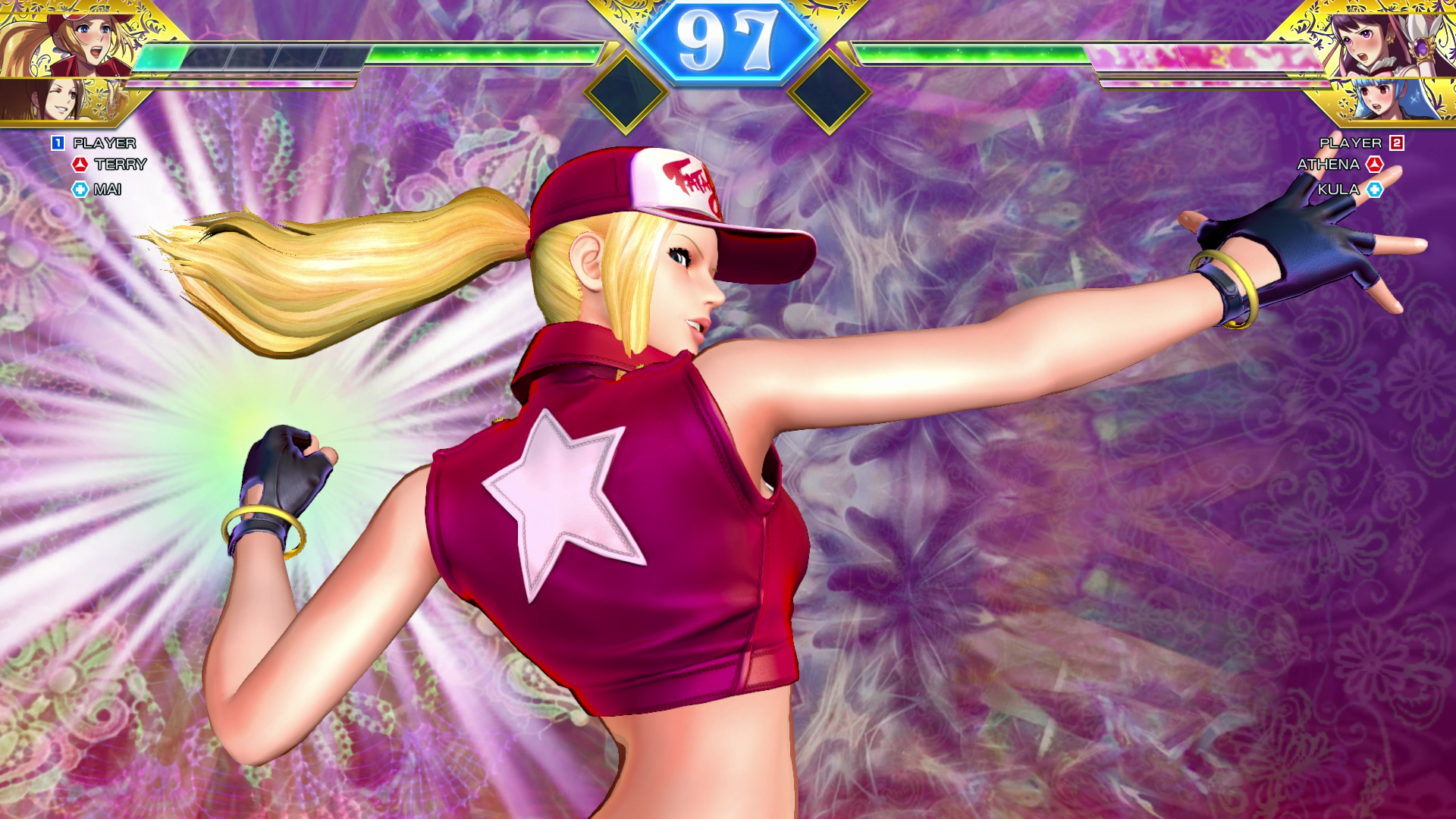 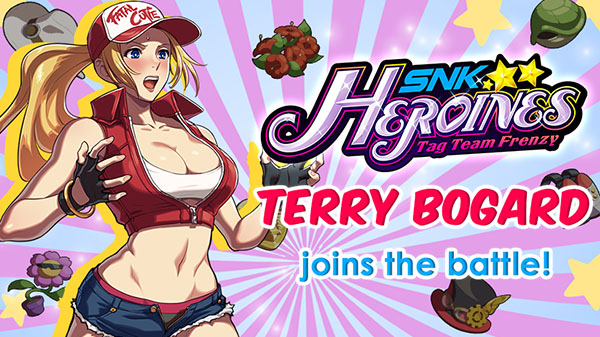 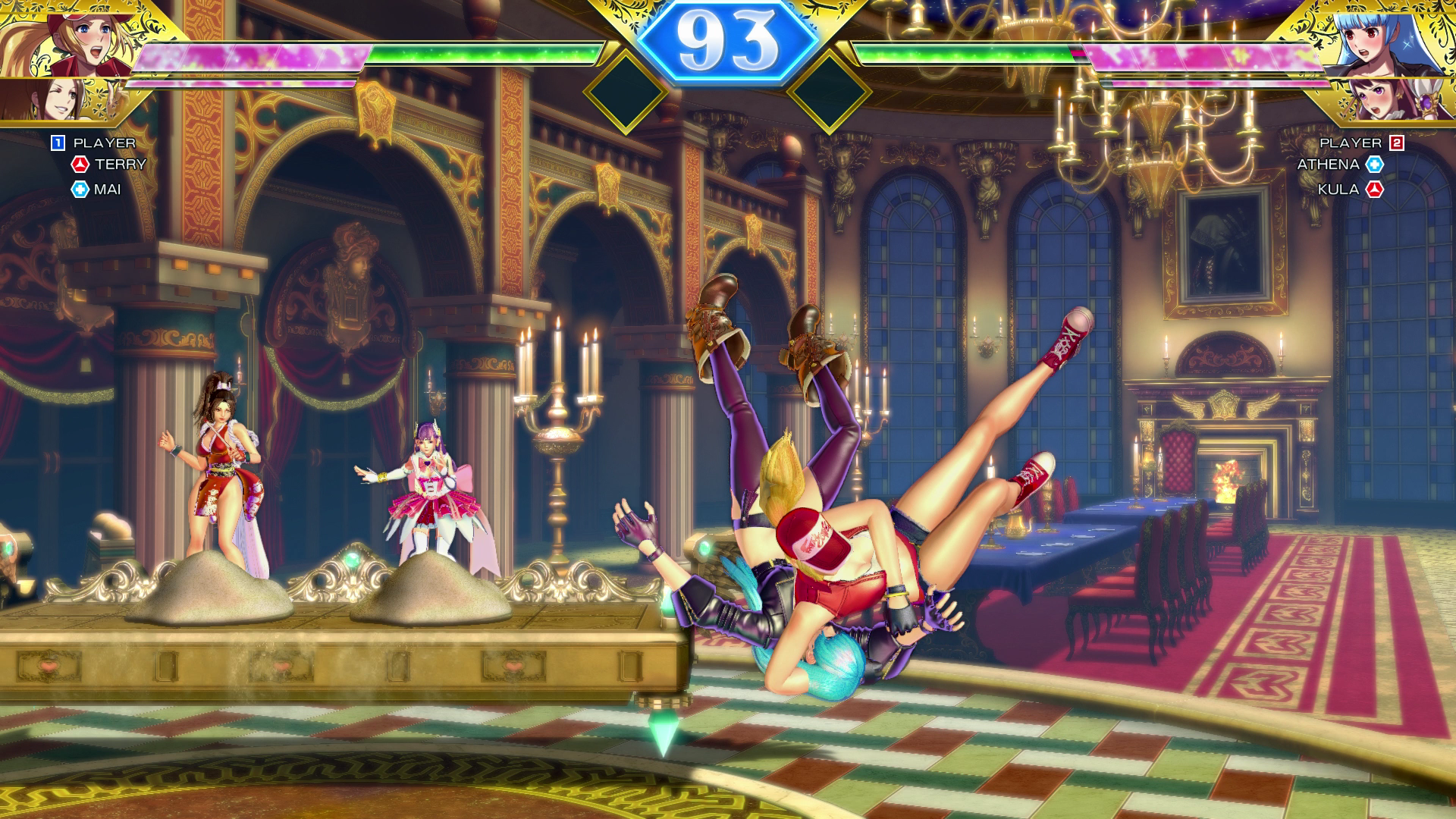 Terry Bogard has been the face of SNK fighting games since his original debut in Fatal Fury (1991). Appearing in a number of titles since his introduction, as well as several animated and live-action adaptations, Terry’s signature long blonde hair and cap are an instant icon in video game history. This tough-talking son of Southtown, and adoptive father to the Garou: Mark of the Wolves hero Rock, returns since his last appearance in The King of Fighters XIV as part of the Fatal Fury Team. Now, Terry faces his greatest challenge yet in the mysterious realm of SNK Heroines: Tag Team Frenzy!

Activate Special Moves with a single button, and make use of special items to change the tide of battle! However, the fight isn’t over the moment you’ve chipped enough health away. Once your opponent is on the ropes, utilize your Dream Finish technique to win the match! Spectate on other battles online, and wage on who you think will win using in-game points. Use your winnings to buy voice clips and accessories in an all-new costume system, and customize your favorite heroine to your heart’s content! 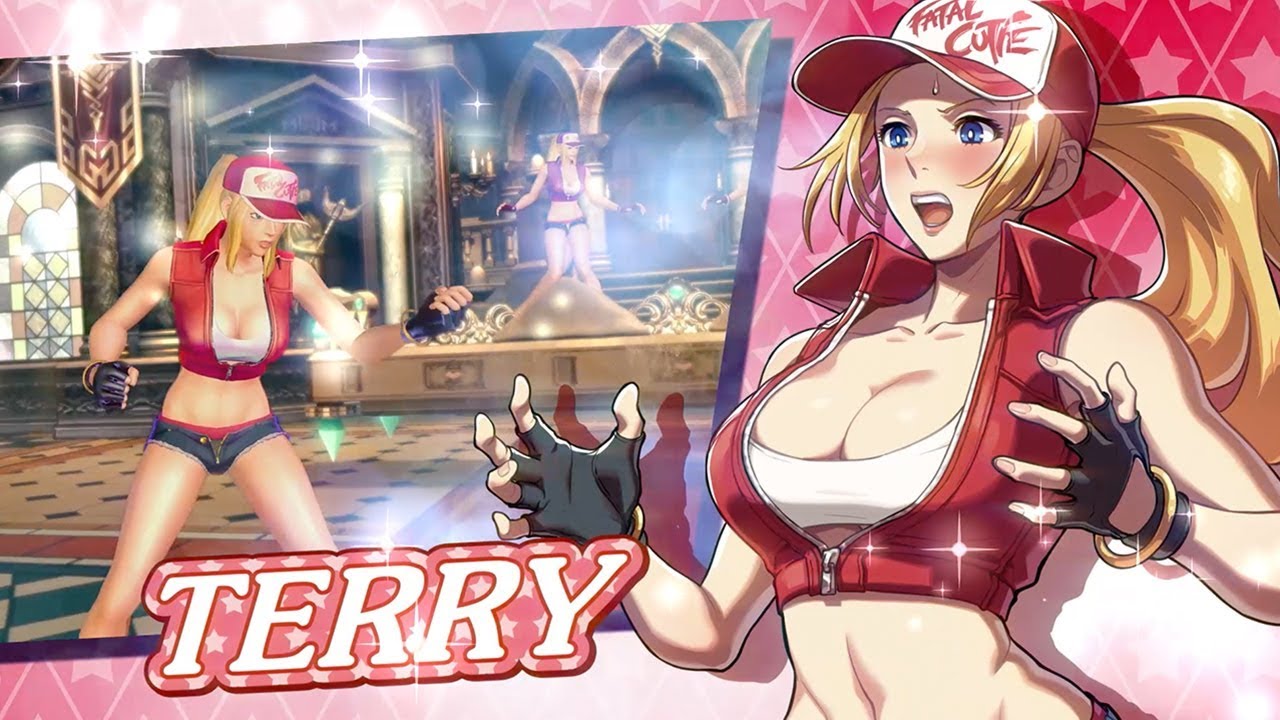 SNK Heroines: Tag Team Frenzy is due out for PlayStation 4 and Nintendo Switch on September 6th, 2018 in Japan, and September 7th in North America and Europe.