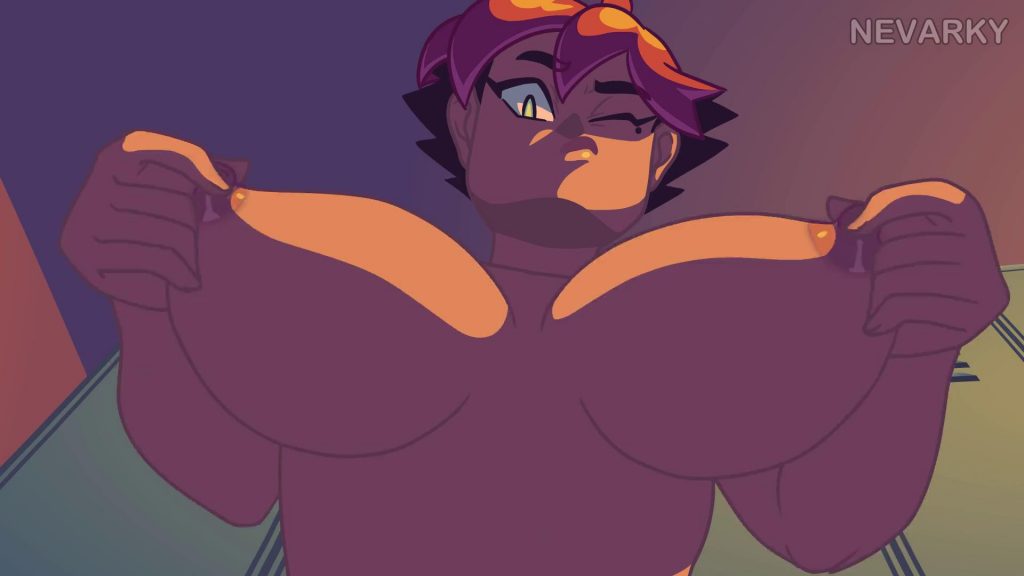 Cameron wakes up to discover that he has been transformed into a woman. He has big breasts and a dripping wet pussy. He wanders into the girls’ locker room just in time for all the girls to strip and take a shower. He ogles them before becoming aware of the situation he is in and waits for the others to leave. He spends the next few minutes feeling up his new body and bringing himself to climax.

The episode is extremely believable with loads of sound effects. Some noises are predictable but also very subtle such as Cameron’s breasts making slapping noises when they sway and smack together. Other sounds include doors opening and closing, fabric rustling, water running and pussy juices dripping. We also get to hear loads of pussy squelching noises while Cameron fucks his pussy with his fingers.

There is only one piece of music in A Girl’s Perspective. It is used sparingly but has a unique and catchy beat. There are original instruments like the piano and guitar creating a calm and inviting mood but you can also hear the keyboard at certain intervals.

The episode chooses not to play any music while Cameron is pleasuring himself. This works as it allows the episode to showcase other aspects of the production like the abundant use of sound effects and Mikaelya’s sexual moaning.

The episode mimics the art-style of western cartoons but incorporates some anime style designs. Animation is fluid with no clipping or jagged movements. Characters have exaggerated proportions with thick edge lines and bright and vibrant color schemes.

Visuals have deep shadows. Cameron’s breasts bounce around like jello mounds. The episode’s camera work is good with several close-ups of boobs and pussies. The camera loves to focus on Cameron’s lewd expressions as he pleasures himself. Backdrops have limited detail and are mostly ignored and out of focus.

The first episode contains one sex scene. Cameron touches his new boobs and quickly takes off his shirt to get a better look at them. We get to see a prolonged scene of him playing around with his new tits. He pinches his nipples and flaps his breasts up and down before noticing just how wet he is.

Cameron touches himself down there before finger-fucking himself into a mind blowing orgasm. He ponders what it would be like to take some guy’s dick inside his new pussy.

A Girl’s Perspective isn’t long, but it’s hot. It appeals to fans of gender bender and showcases a typical reaction a guy would have if he woke up with tits and a pussy one day. The series is wholesome quality and deserves to be supported so we can get a Part 2 some day.