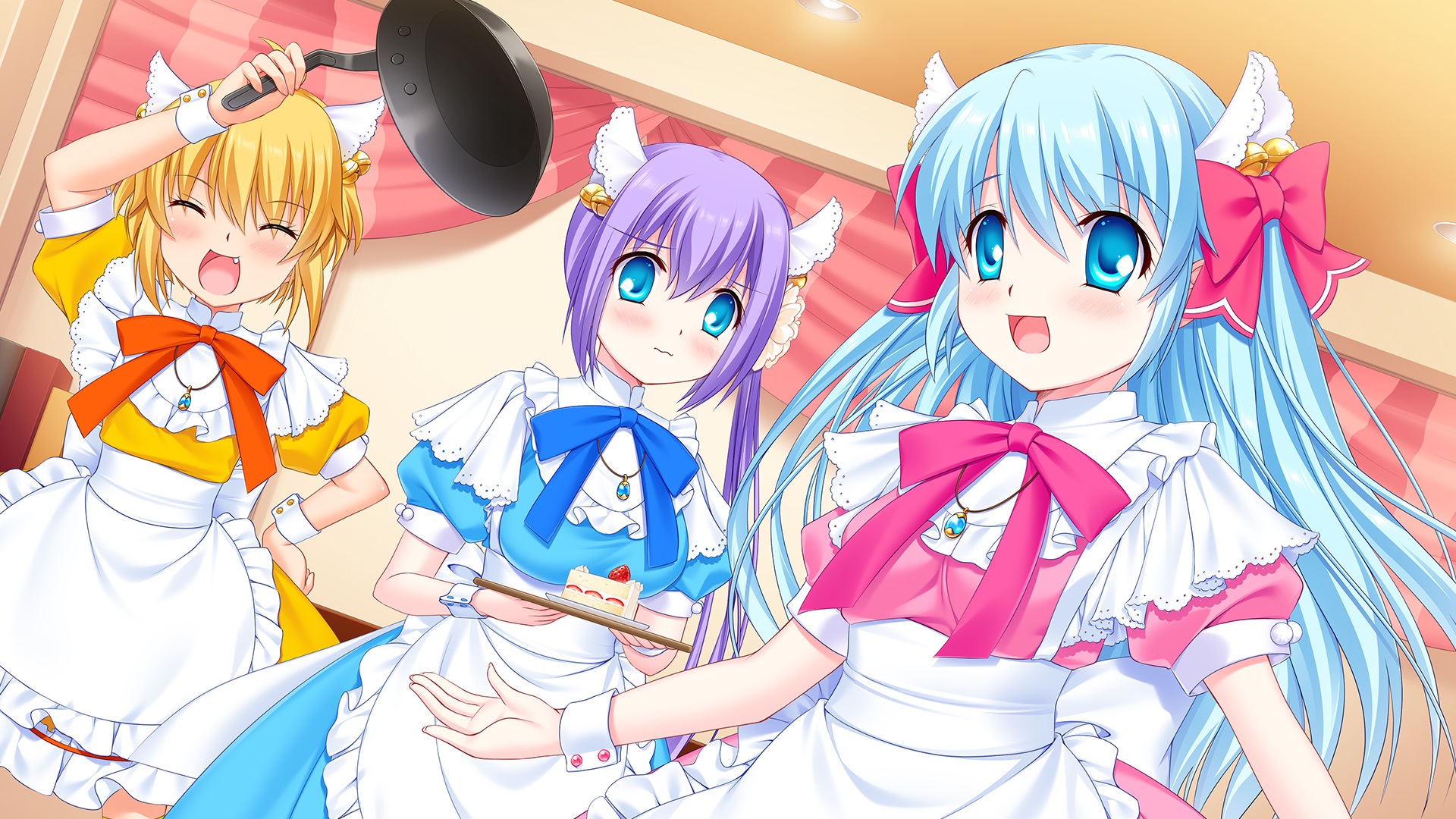 August 23rd, 2018–MangaGamer Announces the Upcoming Release of Their Original Title, Koropokkur in Love!
–
After 10 years of localizing and publishing visual novels, MangaGamer is now releasing its own original visual novel, Koropokkur in Love ~ A Little Fairy’s Tale~, with Hinoue Itaru (Character Designer and Leader Illustrator of Kanon, CLANNAD, Rewrite, etc.) as the lead character designer and illustrator.
–
Koropokkur in Love is a tale of a young woman who, after venturing out of her isolated village, experiences love and a vast, brand-new world for the very first time. Amusing troubles await her as she struggles to maintain her human-sized form with the help of her magic powers. The refreshing, at-home atmosphere of the story, cafe, and characters will bring a smile, and possibly a tear to people of all ages.
–
Following a successful Kickstarter, Koropokkur in Love, will be releasing on September 27th, 2018 and coming to both PC, Mac, and Linux in a dual language release featuring both English and Japanese for Visual Novel fans.
–
Pre-orders are available on MangaGamer. Fans can also find the title on Steam. 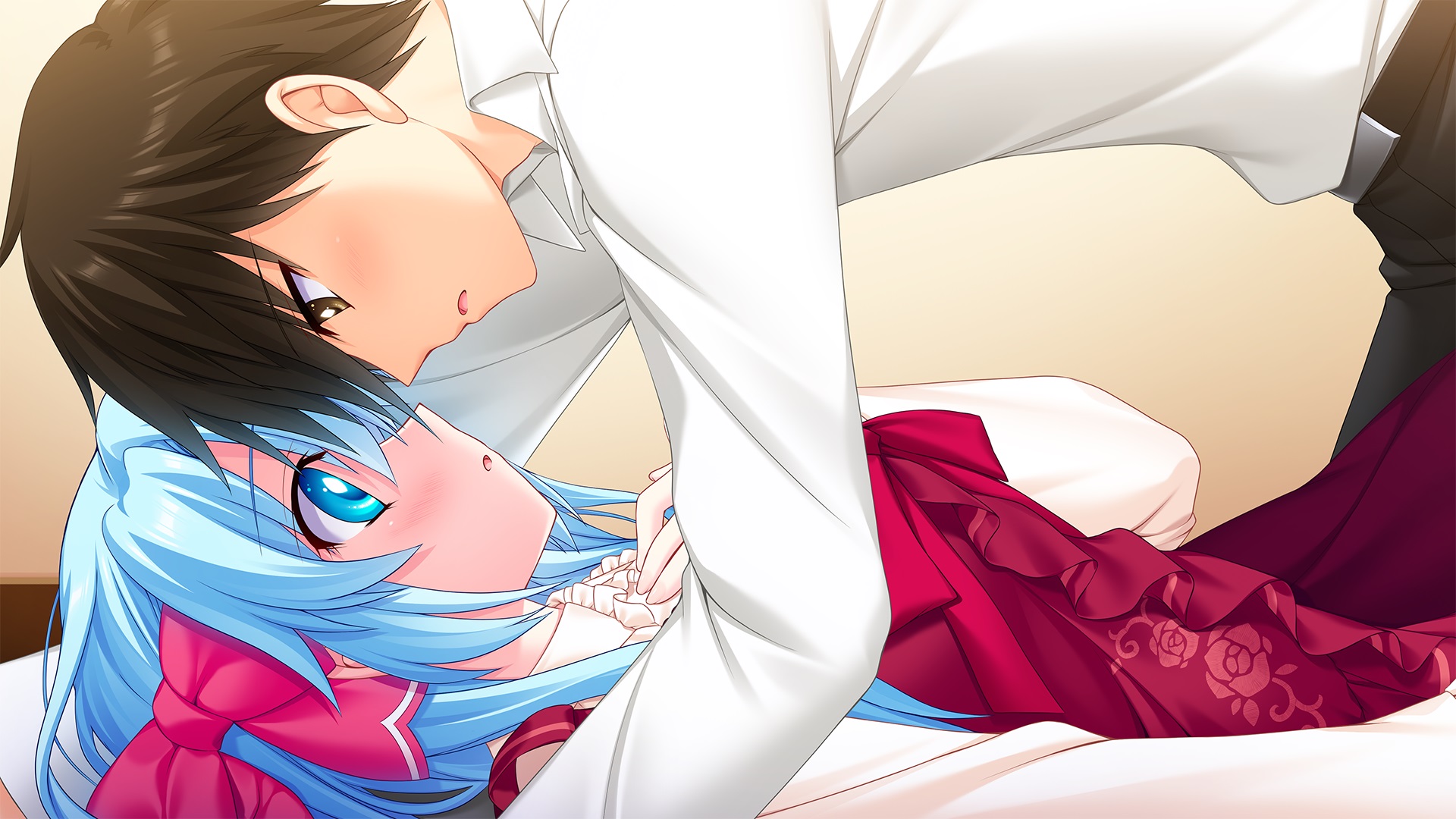 Koropokkur in Love ~ A Little Fairy’s Tale~
Somewhere in Hokkaido lies a small village of fairies, once known to the locals as ‘Koropokkur.’ As times changed, their village prohibited its residents from interacting with the human world and the Koropokkur were long forgotten.
–
However, a few of these young Koropokkur became fascinated with the human world and gazed upon it through a magic viewing pool. Asirrera, in particular, was enamored with an ancient Koropokkur legend of a young girl who ventured out into the human world, became human through the grace of Kanda’s Kamuy, the local deity, and found love with a human man.
–
Asirrera summons up her courage to break the village laws and see the human word for herself, using her magic to transform from the size of an apple to human-sized!
–
Unfortunately, her clumsiness quickly gets the better of her and ruins Satoru’s last ditch efforts to save the maid cafe he runs in Akihabara. Plagued with guilt, she offers to help make amends by staying and working with Satoru to help revive the cafe.
–
After seeing her plight through the viewing pool, her friends, Cirta and Haruante, leave the village to help. While they’re both supportive of Asirrera, they also seem worried by her lack of urgency in fulfilling her true goal…
–
Koropokkur in Love ~ A Little Fairy’s Tale~
Developer: MangaGamer
Genre: Adventure
OS: Windows Vista, 7, 8, 10, OS X, Linux
Text Language: English
Age Rating: 13+
Release Date: September 27th, 2018
–
ABOUT MANGAGAMER.COM
MangaGamer.com is the world’s first legal download site for English translated Visual Novels. Since its launch in July 2008, it has offered services where fans can download and enjoy popular Visual Novels such as minori’s ef -a fairy tale of two and OVERDRIVE’s Dengeki Stryker right from their home. Don’t forget to visit us on Facebook and Twitter!
Koropokkur in Love A Little Fairy's Talemangagamerromancevisual novel
0 comment 0 FacebookTwitterPinterestTumblrWhatsappTelegramEmail