Jake is an ordinary furry, until someone sends him a spell book in the mail. After he opens it up, a succubus jumps out. The devilish bitch possesses his mother. Jake has to find a way to exorcise the succubus from his mother’s body before his mother seduces him permanently! 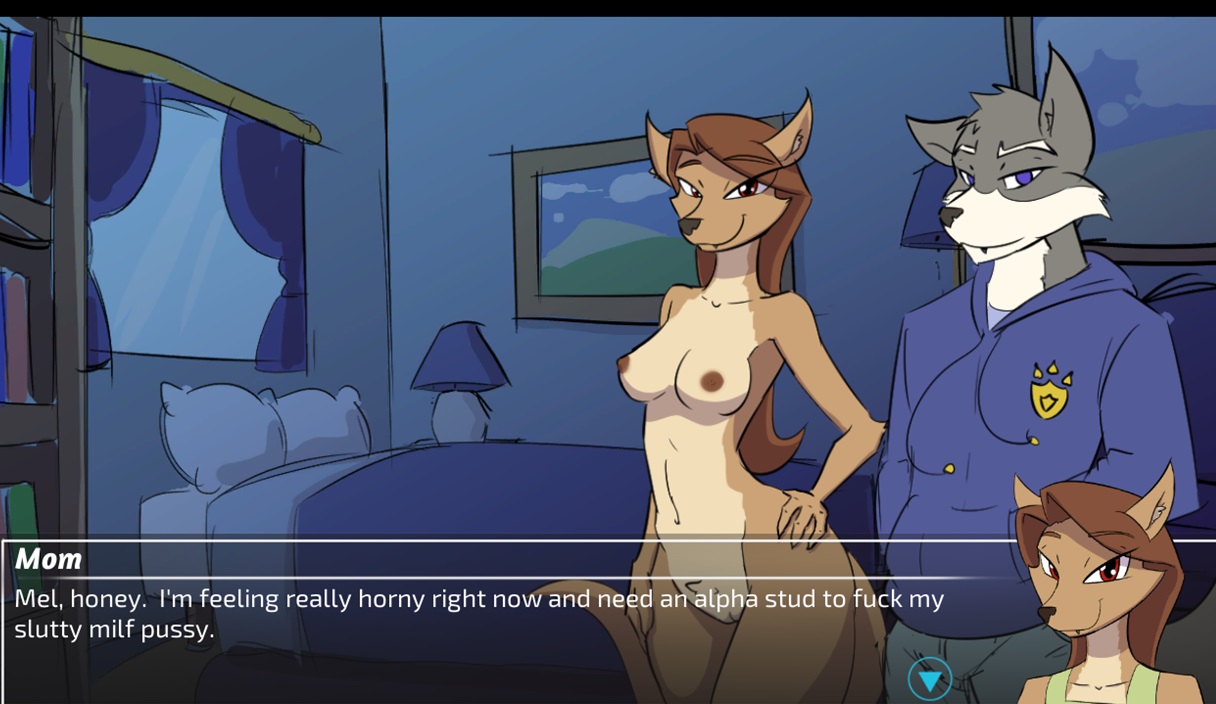 You play as Jake, a furry living with his mother Olivia, and a sister named Cassandra. One day you receive a mysterious spell book in the mail. As you open it, a spell goes off. A succubus gets summoned from another world, and it immediately possesses your mother’s body. You can guess where this going!

The succubus jumps your bones. You fuck your mother in the pussy and shoot a huge stinking load in her loosened mommy hole. The succubus reveals the only way to undo the possession is by feeding her ‘sexual energy’. You can supply the energy in various ways. You can have sex with other people, convince other furries to have sex with each other, or have sex with your mother, Olivia.

Jake resolves to find a way to restore his mother’s body, but the spell books holds a lot more spells. The spells let him invade others’ dreams, influence their thoughts, seduce them, possess them, control them, and even switch bodies with them.

The developer is continuously updating the game. As of time of writing, the game has stopped advancing the plot, and instead focuses on setting up sexy scenarios. There’s little plot progression between days 1 and 19.

Book of Lust features unique comic book style artwork. You have fully colored pages and simple black and white hand-drawn images. The game is not finished, so this probably isn’t a stylistic choice!

The more important sex scenes are fully colored. The black and white lineart images are used during the more casual, mundane sex scenes. The styles could complement each other artistically, but once you progress through all the different sex scenes, you will realize most of the art pieces are black and white, not detailed at all.

The CGs are basic, but vivid and bright. They feature just enough detail to immerse players into the story. The game is fond of characters touching themselves, giving us several close-ups of fondled boobs and pussies, along with lots of sex-hungry faces. Body proportions stay consistent between CGs. Book of Lust also features several short animations of characters fucking each other. These animations are smoothly looped. 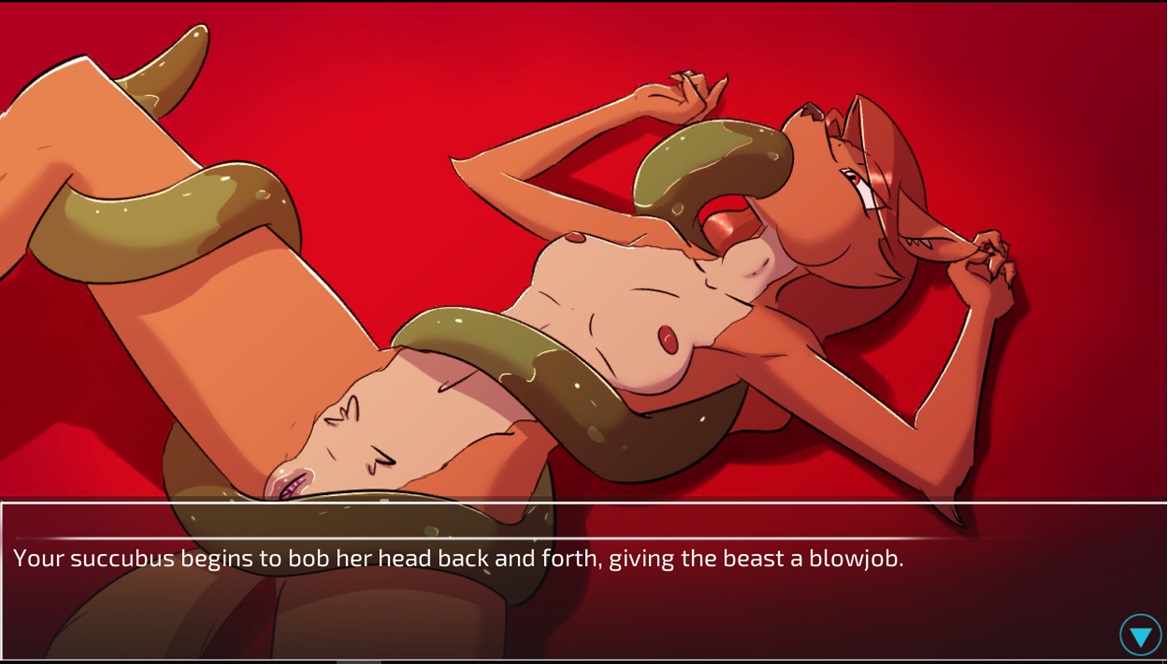 There is an built-in cheat button to max out all traits. There are also plenty of save slots available, which is redundant when you can already have sex with the same person at any time in any way. You don’t have to rewind to replay sex scenes that you can access any time. There is no auto-forward button to skip text.

You cast spells and work to increase trust with people. Spells cost mana and influence. Sex drains your stamina, limiting the number of girls you can fuck per day. There are loads of sex scenes to explore. Some scenes require that you spend days setting them up. 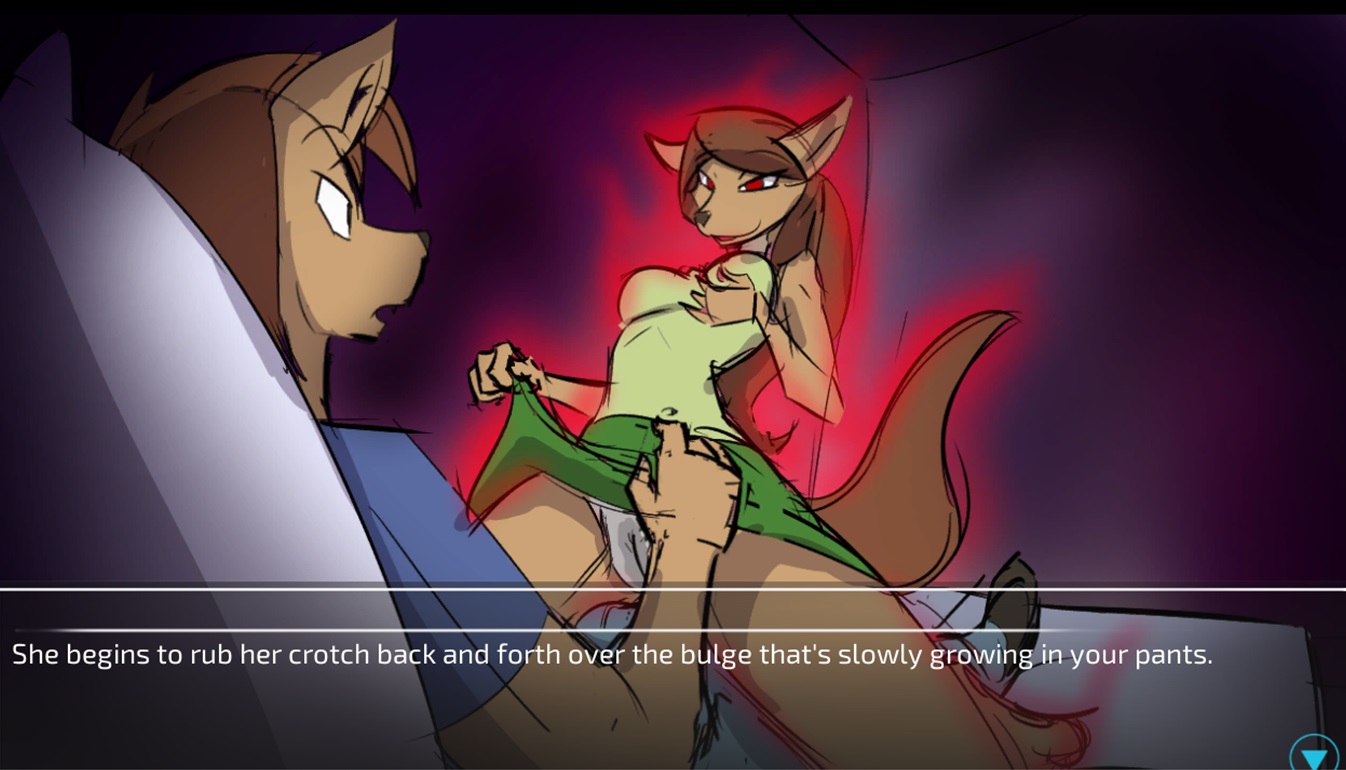 Book of Lust features no voice acting or sound effects.

The music featured in Book of Lust is upbeat and vibrant. It’s reminiscent of generic slice of life anime shows. The variety of music in this game is good. Each location has its own distinct theme song. There is a good balance of synthetic songs and songs that use real instruments. The synthetic songs feel devoid of emotion, while the instrumental songs are creative and enjoyable.

My favorite songs in this game emphasize upbeat electric pianos. This is combined with infrequent drum beats and trumpets that blast to the beat. They give the songs a jazzy vibe. However, the songs do not change tempo, nor do they build towards the eventual sexual climax. Overall, the soundtrack feels a little rushed. 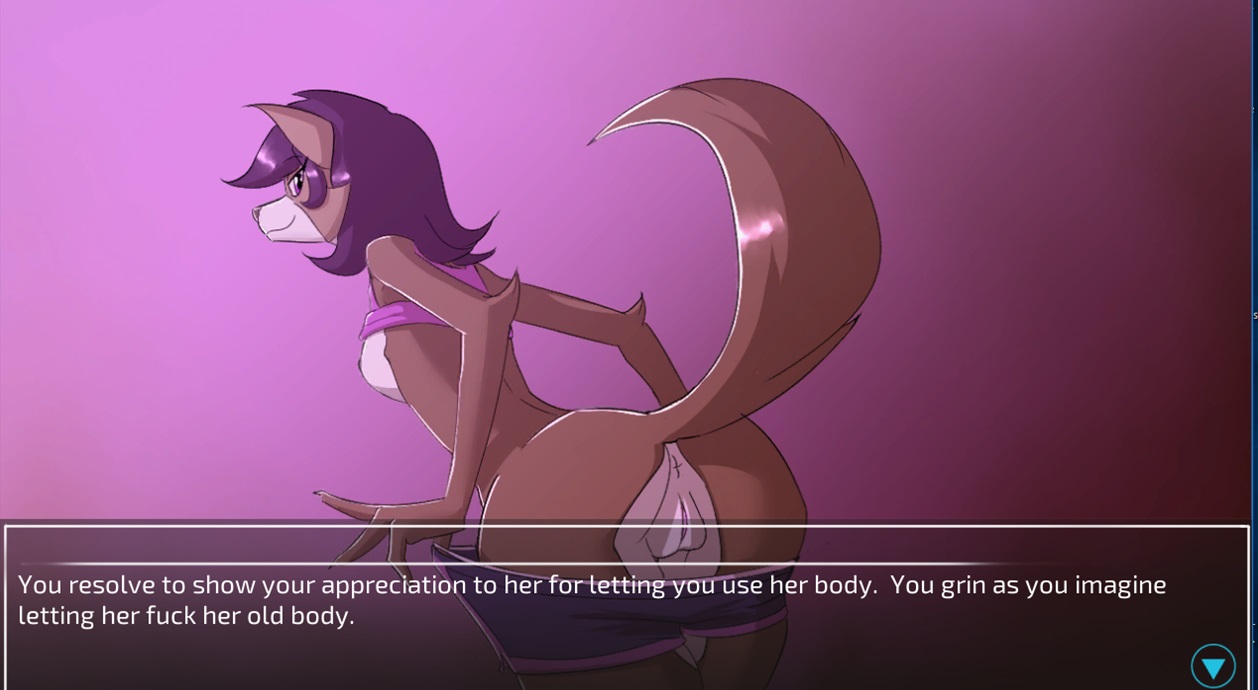 The sex in Book of Lust is lewd as fuck. The scenarios are easy to fap to, often featuring Jake’s possessed mother stretching and showing off her tits, ass, and pussy in varied kinky positions.

Olivia effortlessly slides onto his son’s still erect pecker, but not before giving him a peepshow of what her naked body looks like. Jake loses his common sense and plunges his dick into mom’s twat and bangs her doggy style until he stocks up her baby making factory with his lumpy load.

The dialogue is an especially powerful element of this game. Without it, the sex scenes would feel cheap and bland. As you play through the game, you realize that every character in this world is aching for sex. They just need to hear the right words, be they words of persuasion or magic, to get that pussy juice flowing. For example, when you ask your sister Cassandra for a fuck, she eagerly agrees. Scratching her itch is doing her a favour. She returns that favor by playing along, so you have a good time. She shows off her furry ass with your condom-coated cock dancing between her butt cheeks before you ram it into her slit.

Unfortunately, the sex are rather short. There are plenty of them, but they are short.