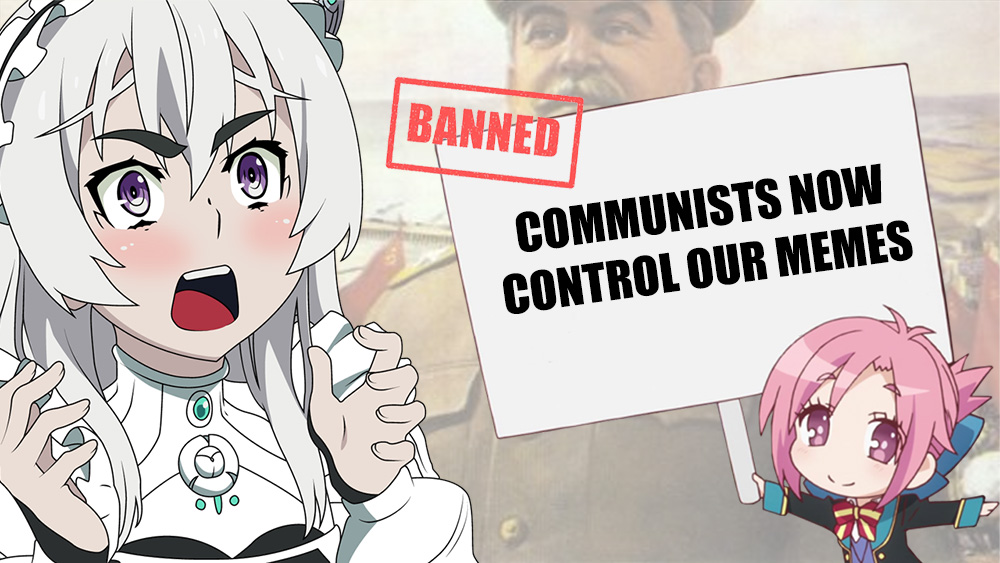 John Doe on N4G.com started a thread What is Happening To Gamers? The thread discussed news from OneAngryGamer.com that a PS4 gamer was banned from his digital Playstation games library, because his racist rant was considered “hate speech”.

I personally screen every article and comment posted on Hentaireviews.moe. I delete words and posts that cross the line. I delete comments with anti-semitic jokes. I have to be a censor, because public perception matters.

If your brand gets associated with the wrong things, your customers will leave. Soiling your public image makes advertisers drop out. If you work with murderous communists, like how Google worked with China, your employees may resign.

I do not have freedom of speech as a business. I cannot crack offensive jokes about people who pay me. I can only make sexist jokes about women because my target demographic is English-speaking males aged 18 to 30.

When freedom of speech is law, businesses cannot deny you service based on your opinions. But under current hate speech laws, free speech effectively doesn’t exist. Here’s ten reasons why every company censors your speech.

1 – Protection of networks. Every company wants stable networks of relationships. You want to build without fear of losing assets. The company controls what their CEOs and employees can say publicly. Brand protection extends to customers.

2 – Competition. You have to deny service to unsavory customers, to protect your relationships with your target audience. That’s why nightclubs have bouncers. That’s why nations have borders. Discrimination and standardization are competitive strategies.

3 – People are hypersensitive to criticism. Companies want to please their diverse and sensitive customers who believe words are violence. They apply a very broad interpretation of hate speech, because of diversity. We have a massive mental health crisis in the west. We are increasingly demographically diverse. This has made the western social environment into a mine field.

4 – Human tribalism. Companies cannot serve all customers under the same brand. People are divided into warring tribes. Servicing one group will anger another group. Companies adopt harsh censoring rules against minorities you hate.

5 – Racism. White people are subjected to daily hate speech from the mainstream media, and no-one is prosecuted. Openly bashing people is not racism if the victims are part of a demographic majority. This definition of racism originates from our universities that propose that minorities cannot be racist against their “oppressors”. Companies allow racism towards whites, because these are the rules now.

6 – Traumatized people are hyper sensitive. There are now large numbers of adolescents who were born to single mothers in poverty. Many of these are broken, drug-addicted, unstable people. Hate speech laws give mentally ill people a means of attacking the speech of rational, reasonable people. Companies overreact to reports of abuse, to stop hysteria from spreading.

7 – Companies don’t want drama. Every business wants a large, socially cohesive user base feeding them regular resources. You cannot have your customers fight each other. You have to control how they engage. Banning controversial people keeps the peace.

9 – Governments want companies held accountable for hate speech and fake news. Our governments are now defining what is acceptable speech, and what is truth. This is pure totalitarianism. These laws will be abused.

10 – Unpopular opinions are easy to silence. People hate reading the writings of individuals they disagree with. We want to spend our time with people who are similar to us. Hence why extremists always fail to gather a large following; they fail the persuasion process! A company can easily silence an unpopular minority, to keep the majority happy.

In conclusion, if we allow hate speech laws to continue to exist, they have to be narrowly defined to only include extreme cases, such as incitement to violence. The current legal definition is too expansive.

So long as the majority of westerners support hate speech laws, we will continue to enjoy corporate tyranny.

Crunchyroll Censors “Is it Wrong to Try to Pick Up Girls in...

Sure, let’s ban racism against whites and blacks and everyone. Right now, the progressive stack is applied to these situations, whereby depending on your race, different rules apply to you. If you’re part of the majority white, hate speech towards your race is not racism. Many progressives say you cannot be racist towards whites, because their definition of racism is complete double-standard bollocks. If you wanna ban racist lingo from public discourse, you keep the rules consistent across the board.