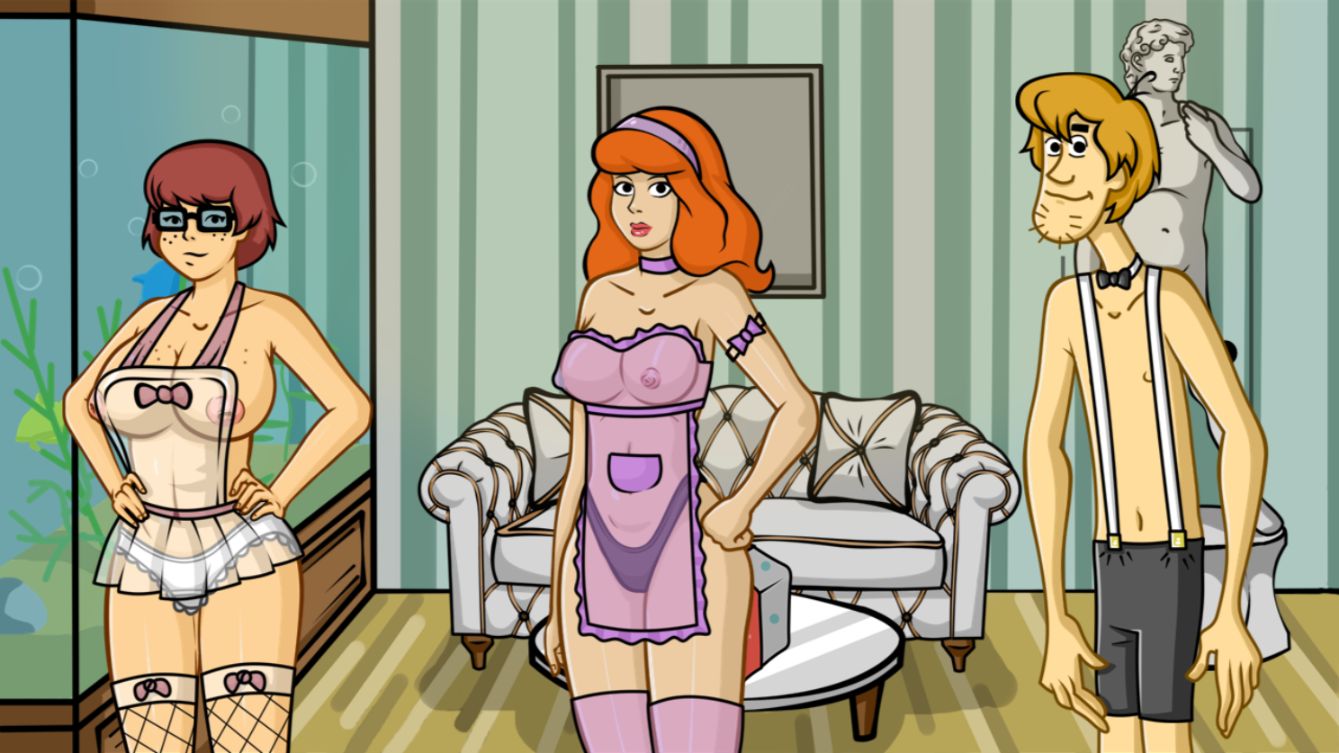 Shaggy, Velma, and Daphne are looking for their missing friend, Fred! Solve puzzles and interact with the world around you to find keys and passcodes that can be used to save Fred!

This review was written in November of 2019. Game issues may be patched at a later date.

Fred has gone missing! It’s up to Shaggy, Velma, and Daphne to enter his home and try to find him! But once they enter, they learn Fred has been kidnapped by a mysterious person named “Simon”.

The game was originally created in Russian, and translated to English over time. This means that the most recent release of the game is filled with bad grammar and misspellings. For example, Daphne’s name is spelled “Dafna”.

It feels like the writer only included Scooby Doo characters for easy publicity. There are only a few references to the original show and the characters act a bit out of the ordinary. For example, Shaggy is the intelligent and lustful protagonist who solves every puzzle. That’s pretty much the opposite of his dumb and chill counterpart in the real show.

Even the general dialogue in this game is painfully mediocre. Both girls act so similar, they may as well be the same character. Scooby Doo barely appears at all, with most of the emphasis on Shaggy. Nobody likes Shaggy! Because of the focus on puzzles instead of a mystery, this entire story feels like it doesn’t fit with the Scooby Doo cast of characters.

As a visual novel game made with Renpy, players have access to most standard Renpy features. Press CTRL to skip dialogue. Click screen to progress. Press A to customize font size and other features.

The entirety of the game involves walking around the mansion to pick up objects or solve puzzles. It’s mainly a point and click adventure, but the clicking is broken up by random mini-games. Whether it’s a puzzle of rotating images, or pressing spacebar in a timed challenge, every puzzle is very easy. The only problem is that the player is given no instructions on how to complete the puzzles, which can lead you to getting stuck.

While the early parts of the game are masterfully made, the later parts are complete garbage. Without any hint given, players are supposed to enter every room in the house and click every single lamp they can find.

Every day that passes, the gang is given new oufits to wear. They wear default outfits on the first day, tight spandex on the second day, and transparent maid aprons on the third day. This is a cool feature.

Character sprites are very basic, with only a handful of variations. Shaggy’s forearms are enormous, and Velma has very broad shoulders. All these artworks are nice, but they’re very simplistic.

Outside of the title track, the entirety of the game relies on a cover of the Scooby Doo theme song. This single track somewhat makes up for the lack of sound effects in this game. Problem is, there’s only one single instrument! Somebody played the guitar to the notes of the Scooby Doo Theme Song. Even during sex scenes, this single track plays. No matter how good the track is, the sheer lack of effort is obvious. A single song cannot carry a game!

Download Scooby Doo Dark Forest Stories. You can support the developer on Patreon.