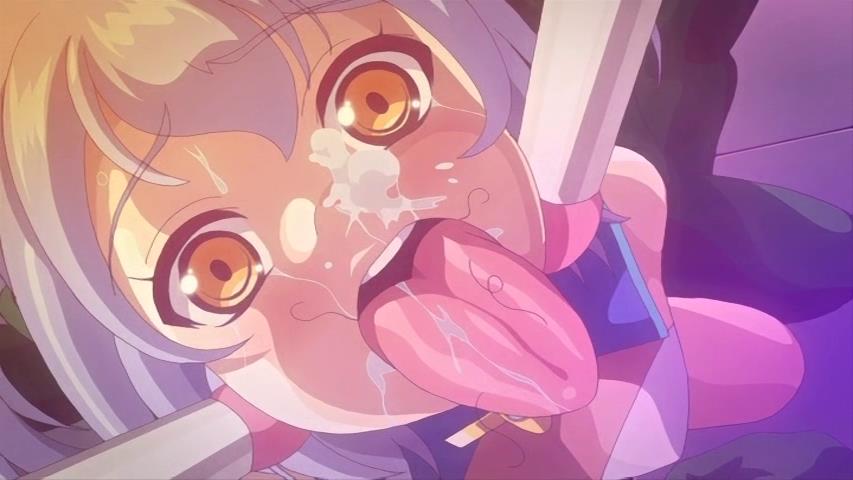 A generic Japanese city is under attack! There are explosions left, right and center and multiple monster ambushes on the populace. That’s when the Yshere girls appear. They are a team of superhero magical girls. At first it appears as though they’ve come to rescue the poor, defenseless bastards of the city. As we soon find out, they’ve actually come to sexually please the monsters!

We cut to a short high-octane anime opening. After that’s done, we cut to Aqua and Flare, our two magical girls, in a captured state. Taking place before the prologue, we discover that the bad guys are already setting up to brainwash them into magical cocksuckers.

The music in Soukou Seiki is amazing. The soundtrack is stuffed with fast-paced synthetic battle music that gets the blood pumping. The music follows the action onscreen with more intense beats to compliment the high intensity fucking. Music adds to the tension and urgency of the scene without feeling intrusive.

None of the songs have a particularly catchy or memorable feel. All the music blends into one after a while or is overshadowed by the visuals or voice over. If I had a cock and had to fuck a hopeless magical slut this is definitely the beat I’d want playing in the background.

The animation is all over the place. The color scheme makes the animation look years older than it actually is. The jaded colors and choppy animation stick out like a sore thumb. The production team takes a bunch of shortcuts, zooming in and out of still-frame explosion shots instead of showing the actual explosion happening. In some scenes characters don’t have a face because the shot either isn’t a direct close-up or the characters are shrouded in shadows.

Backgrounds are not given much focus. Neither are the monsters who spend most of the episode having sex with Flare and Aqua. The character designs for the girls feel very generic. Their sex expressions are their best quality. The camera loves showing us how lewd they’re feeling inside. Extra attention to detail is given in show shots as you can see pubic hair around Aqua’s mouth.

The evil doctor equips them with sex toys to stimulate their pussies further as more and more monsters stuff their mouth-pussies with their dicks. Watching Aqua and Flare slowly embrace their new roles as sluts is super sexy. The play-by-play commentary adds fuel to the fire. The final scene involves imprisoning the girls into walls so that only their pussies are visible. The monsters take turns fucking them into sexual oblivion.