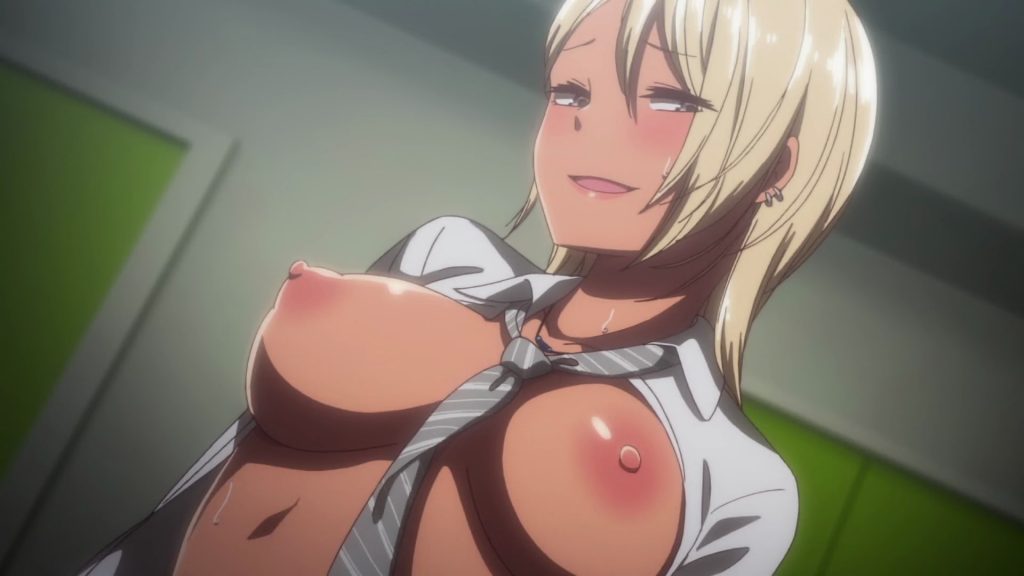 Nao is a young man with a huge problem: He has a monster dick. All the sex toys he uses to get himself off get destroyed as soon as he slips his cock into them. It’s frustrating as hell. At the same time, Nao’s sister and her two friends, Nagisa and Yukio have problems of their own: Yukio can’t orgasm with her boyfriend’s dick and Nagisa doesn’t have a dick to worship.

Nao’s sister catches the guy in the shower and gets an eyeful of his huge cock. She takes a picture and shares it around. Now Nao has girls lining up to sit and ride his penis and he’ll never be lonely again.

The visuals are excellent and beautiful to look at. The character designs for Yukiko, Nao’s sister and Nagisa take clear inspiration from traditional anime stereotypes, in this case, the shy girl, the tanned slut and the rowdy older sister. The designs still look unique though. The girls have big eyes, lewd smiles and large breasts that flop all over the place during sex.

At a certain point, Nao is ramming his dick up and down Yukio’s pussy. The animation of her butt and his hips look too soft and jiggly. It’s like she has no pelvis bone. Apart from this incident, the rest of the animation looks amazing. The setting takes place indoors. The lighting in all the scenes look and feel different. The showers are darker and murkier while the scene in which Nagisa punches Nao’s V-card takes place in the afternoon with sharp, orange-tinted sunlight.

I liked the voice over work in the title. The actors are clearly having fun. I found Nagisa to be the most entertaining. Yukiko and Nagisa both sound utterly sexy while their insides are being split by cock. Nao’s actor does a wonderful job of showcasing his sexual evolution. You start out hating the weak, pathetic portrayal and end up feeling proud and thrilled when his dominant persona takes over.

The episode has a limited amount of normal sound effects but plenty of comedic and abstract sounds that you’d typically find in comedy anime. Sometimes you’ll hear fabric rustling or shower heads spouting water, but there isn’t much else. The sex sounds are limited to dicks thrusting into pussy holes and generic sex squelching noises.

The sex in the episode is hot. There are two main scenes, one involving Nao getting his cherry popped by an eager Nagisa while his sister and Yukio watch. The voyeur aspect adds a layer of sex appeal and humor. Nao’s sister is quick to berate her friend for being the first to sink down the guy’s dick. Nagisa’s playful teasing while she bounces up and down on Nao’s dick is super lewd.

In the next scene, Yukio spreads her legs for Nao in the shower and asks him sincerely to mess her up. He obliges and quickly evolves from a weak beta to a monster alpha who vows to make Yukiko worship his cock.