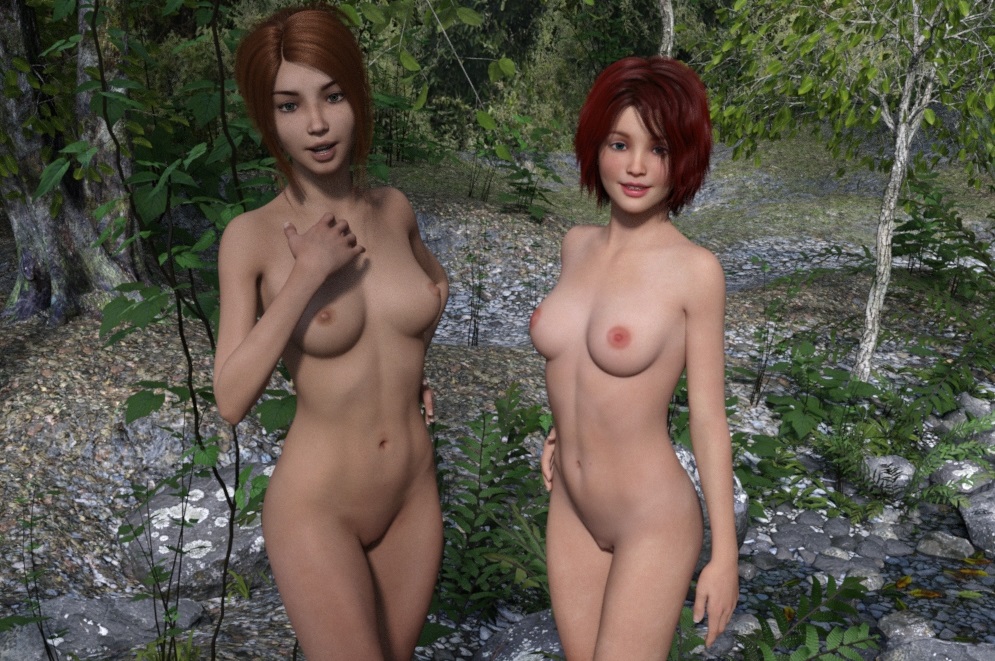 A Knight’s Tale is a 3D sex game developed by Neverlucky. Visit the Developer’s Patreon. Released on July 31, 2021. Uncensored genitals. No voice acting.

In the Knight’s Tale, you take the role of Lord of a fictional castle. As Lord, Knight and husband, you’ll face many daily challenges that require various skills to succeed. Your duties range from ensuring your citizens abide by the law to training your protege into taking care of your family.

A Knight’s Tale is a visual novel that tells the story of the Lord Night, a famous British Lord and owner of a magnificent castle. After the sudden death of the former king, you are called to the capital by the newly crowned king. The King requests your presence so that you may swear your allegiance to him. Upon arrival at the capital, you are quickly reunited with your former master, Pike. After catching up, Pike requests that you take on his daughter as your squire. After agreeing, you two return home and inform your wife of the new changes that will take place due to your meeting with both the king and Pike. The remainder of the story focuses on the day-to-day life challenges as a Lord, Knight, and husband.

A Knight’s Tale has a fantastic story that is surprisingly deep and expansive given the limited overall production values. This depth is created through a detailed structure that takes you through the most important days in Lord Night’s life. The events scheduled throughout the day are fun and engaging to play through. Events such as horseback riding, chess, and dinner are always interesting to take part in. These routines provide a sense of stability while other events come and go. The dialogue lends itself perfectly to the medieval period in which the game is set. Furthermore, the developers captured the socio-political dynamic between a Lord and his servants brilliantly. Characters with titles are always treated with utmost respect, it feels real.

The relationships you develop during the game also greatly enhance the story. This is achieved through creating characters with likable personality traits. The traits make the characters better which, in turn, makes you want to interact with them even more. For instance, as the story continues, you and your squire become closer. In most cases, this might end in a messy situation but, due to your wife’s laid-back personality and the strength of your relationship, everybody is able to find an amicable solution. Catherine, Alice, and Lydia are all women of different ages, personalities, and maturity. These differences all work together to ensure that each character feels different and true to themselves. The characters seem to genuinely care about each other which adds to the weight of the overall plot. This shared affection makes for a truly wholesome experience.

A Knight’s Tale was developed using the Renpy engine and, as a result, the game runs smoothly without ever presenting any issues. Gameplay operates as a usual visual novel with players tapping to advance the story. Throughout the game, you are presented with a multitude of options. Some affect where the story goes while others only serve expositional purposes.

The game offers more than 10 hours of entertainment. Choices are available in different scenarios but they only shape the outcome of that specific scenario. There is only ending from what I know of. No side quests, just an extensive main story.

A Knight’s Tale features 3D CG-generated images that are of good quality. The images and animations featured in this game were handled well, even though one could say that they could have been sharper with better shading. Most of the characters look consistently good, but for slight proportion issues here and there. The game also features a decent variety of facial expressions which does a great job of vividly capturing the emotions of the moment. A variety of design types and colors made for really unique and visually interesting character designs. From Lydia’s beautiful ginger hair to Lady Catherine’s beautiful dresses that she wears to dinner; all these things make for an endlessly captivating experience.

This game excels in environmental designs, food designs, and clothing designs. The different castles are all elegantly crafted and interesting to look at. The forests are abundant with plush trees and flowing rivers, basking in tranquility. These details enhance the sense of depth of the game even further. Each city feels completely different due to the design choices and the atmosphere they generate. The capital city feels like a bustling place whereas your hometown comes off as more of a place of peace and relaxation.

A Knight’s Tale doesn’t implement any forms of sound effect or voice acting. This is unfortunate as either of these would have vastly aided the overall quality of this game. With the right sound effects, this game would be that much more captivating in parts as the sounds would generate an even better atmosphere.

A Knight’s Tale does not feature any music. This is definitely a detractor since music would have greatly enhanced the playing experience. Appropriate sound selection would have massively helped with the immersion which is broken due to how monotonous the lack of sound can be.

A Knight’s Tale was a fascinating experience all the way through. It has an in-depth story where you get to live as a powerful Lord making decisions, a Knight training his squire, and a husband trying to balance his family life. Enthralling characters such as Catherine and Alice make the experience even more worthwhile, as you discover their lovable personalities. The setting is also wonderfully handled, with the game consistently giving off the appropriate medieval vibe. Despite this, it suffers from a lack of sound effects and music. A Knight’s Tale is also quite the time commitment. Nevertheless, despite its length, it’s a captivating game that you should totally try out.