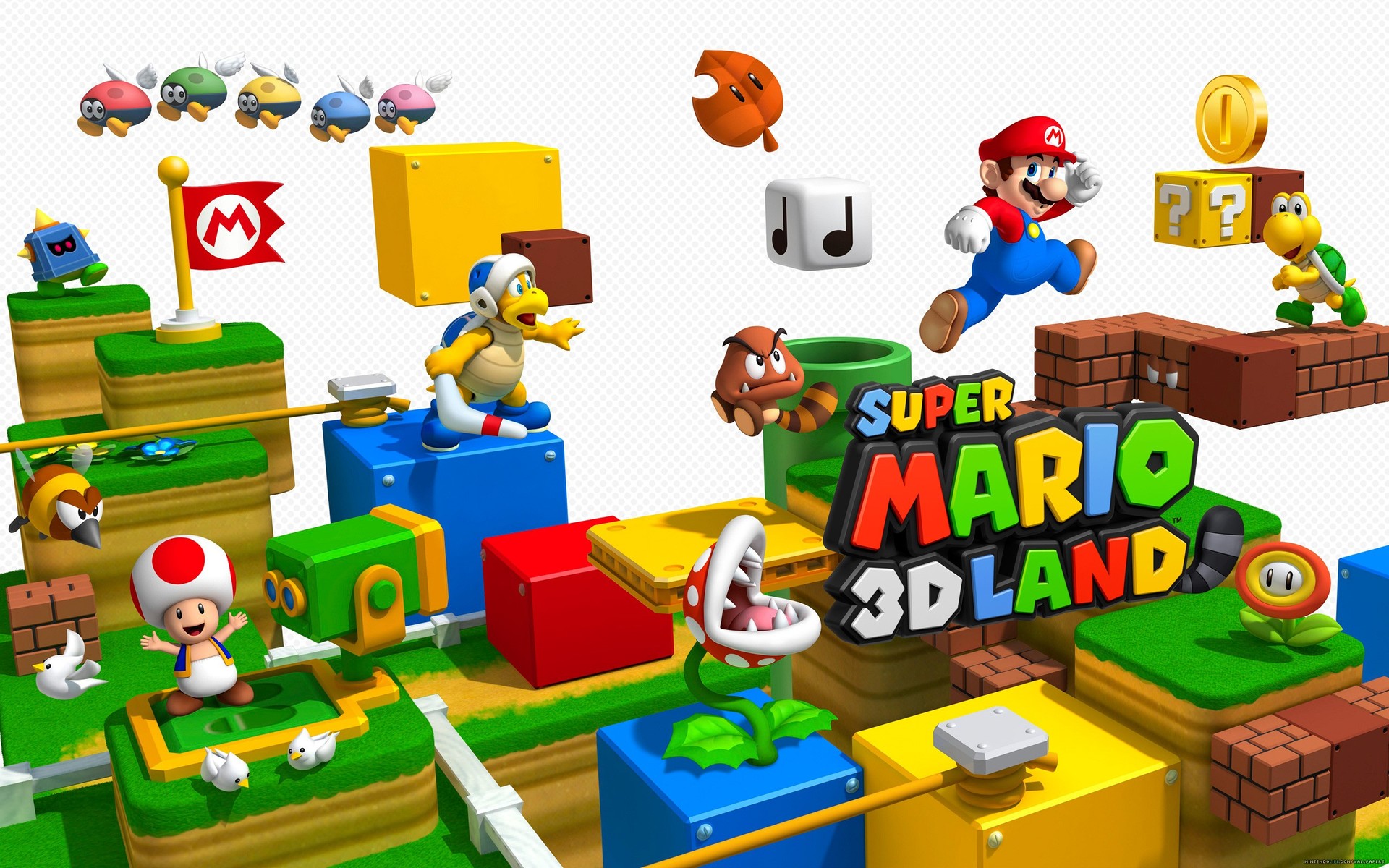 I had shelved Super Mario 3D Land years ago from both frustration and having beat the final level. My frustration was that I was never able to find all three star coins in a select few levels, despite countless hours of trying.

But today, with thunder rumbling and rain spattering outside, I decided finally to figure this out, and started by spending a healthy hour scouring world 1-3 for the last star coin. I tried everything and ended up jumping into my death numerous times.

Then, for reasons I cannot even explain, I decided to take a peek through the green binocular at the start of the level.

In the distance, I saw Toad screaming with his guttural, infernal voice. And again, for reasons I cannot explain, I bothered to read the instructions to press R. This zoomed in on Toad, and then the unfathomable happened.

The elusive star coin I had been seeking for hours, he just threw it. In a comical, humiliating fashion, the coin floated right above the suspicious block I had been jumping on repeatedly moments before, for longer than I dare confess.

Dumbfounded, I ran the short course to the end, jumped on the flagpole and completed the level. My progress was cheerfully saved, but I wasn’t happy.

After shrugging off my self-loathing, I went to the next pain-in-the-ass level with a missing star coin, already knowing the humiliation that awaited.

And indeed, the binoculars were there. Leering, holding my steaming breath, I peeked through those green cylinders of shame. Alas, there was Toad, my new mortal enemy. He dispersed my star coin upon zoom-in, as if mocking me.

By the third stage where this binocular mechanic was featured, I had already written in fury this blog post in my mind, discussing about game design that requires a walkthrough. The game literally told me to zoom on that mushroom fucker, it told me the button, and I still missed it. The waste of life!

Several of these sex games we’ve reviewed have cryptic mechanics and downright questionable design choices, that will waste your precious time, because the obvious just isn’t made obvious.

But let’s take a step back here. Stop, stop. Despite the blood-boiling frustrations I went through, I eventually solved the puzzle. I beat the game fairly and without cheating. I went on to gather all 155 star coins, restoring my pride.

Secret-hunting is the reason why I’ve loved Nintendo games since I was six. And this particular situation is a core dilemma every game designer faces. Question is, how much hand-holding should you provide a player?

There’s another Super Mario game I have on my handheld I still haven’t finished, because it’s the other extreme of the spectrum: Mario and Luigi Dream Team. There, the hand-holding tutorials disrupt your gameplay at regular intervals for minutes at a time, even deeper in the game. Constant, the disruptions are constant. It’s so extreme.

The reason why this binocular situation is a perfect example of stellar puzzle design, is because the hints were all there. I knew roughly the area where the coin would be located, because the game displays the undiscovered star coins in its interface. The missing star coin was the first one, located somewhere in the first zone before the checkpoint. I was forced to employ deductive reasoning to trim down the list of options, explore every nook and cranny, to eventually, finally, accidentally, resolve the puzzle.

You could argue it’s punishing design, even bad design, if the game required each star coin of a world to be found before the player can advance to the next world. Imagine the frustration! But Super Mario 3D Land is not punishing. While star coins are necessary to unlock new stages, you don’t have to find all of them. But it would be interesting to go that far, to increase the challenge while finding ways to make it enjoyable.

Raising the expectations on the player for what he has to endure for the reward increases the player’s frustrations, but also his sense of pride upon solving the puzzles. The player should be forced to learn something new, to qualify to advance.

The same goes with checkpoints. While Super Mario 3D Land is a very accessible game, if the checkpoints were removed, it would actually be a relatively challenging game. Perhaps giving out more power-ups would balance that out?

Whenever I play games made 20-30 years ago, there is a stark contrast to games made today, where the power-ups, extra lives, and save points seem to be just perfectly placed for when you need them. While reducing frustrations for the player is supposed to make the game more “fun”, I find myself immensely enjoying old games that are more punishing. There is a masochistic enjoyment involved. Also, hard games actually force me to develop my patience, cognitive abilities, problem solving skills.

Too many modern games are made accessible for players who have low skills, because that’s the mass market. The so-called “modern game design” is plagued by this corporate approach that seeks to max out a game’s appeal and sales. Something of great value has been lost in modern mainstream games.

Games that are difficult, cryptic, unintuitive, punishing, even downright weird, can be incredibly satisfying experiences. It’s like hunting with a rifle, dating a girl instead of wanking to pictures, drawing with a pencil instead of your mouse, picking mushrooms in the forest, cooking something. There is immense joy in getting your hands dirty. While a game that would take many additional hours without a walkthrough can be “badly designed”, challenging a player is not wrong. Frustrating the player is not wrong. Making him grow into a more resilient person should be a developer’s holy mission.

A walkthrough guide is usually meant for those wanting to complete the game 100%. As a result, games of the modern day are relatively easy to finish but could pose a challenge for completionists. However, if gamers decided to look up a tutorial during the game, a walkthrough in that case could act as a supplement to the game. Personally, I have no same looking up some bits of help online for games like Monster Hunter as it consequently boils down to my real-life skills rather than that one specific path to beating the monster.