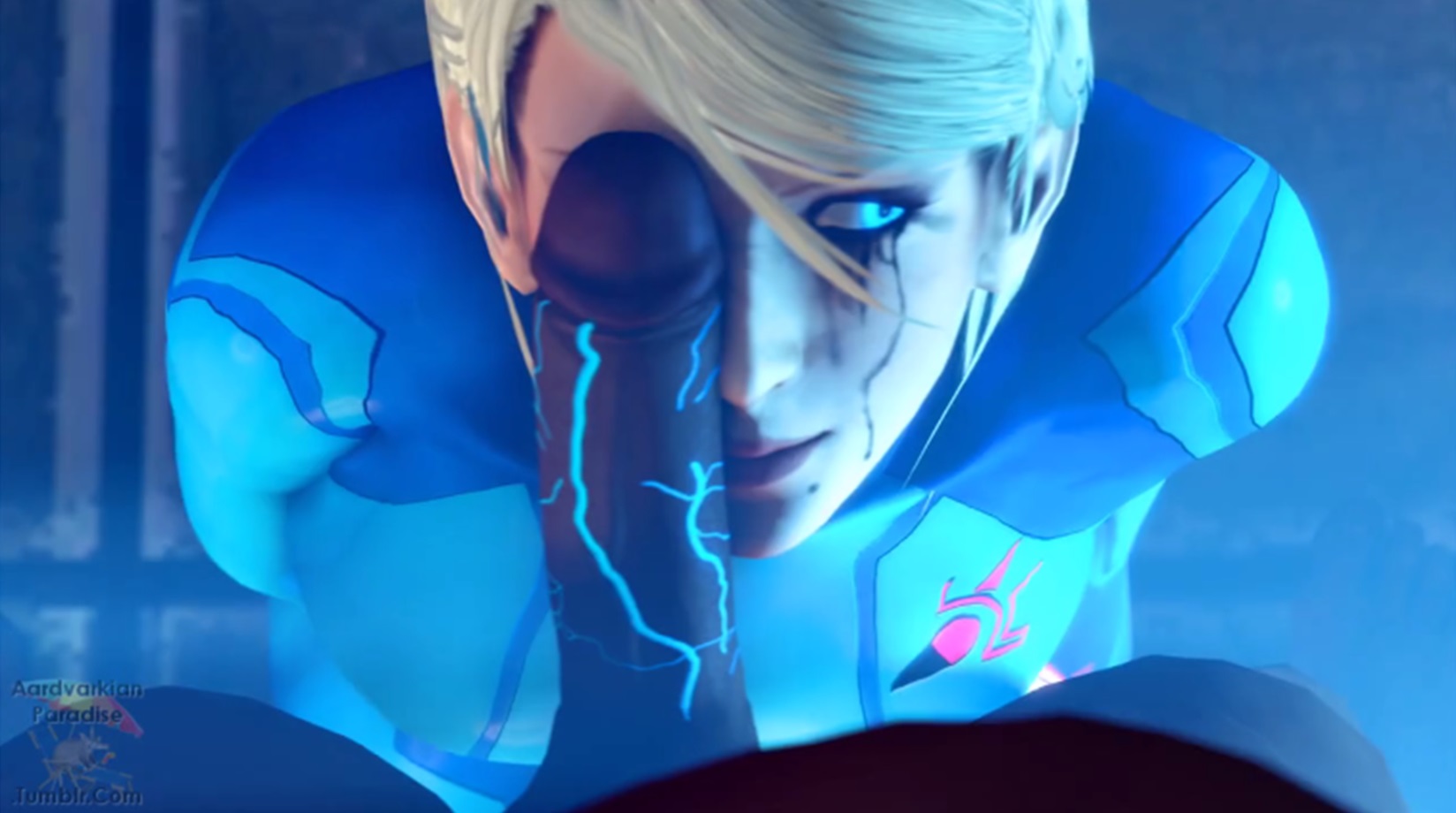 Order your adult artwork at hentaicommissions.com.

Samus Aran sucks the cock of a newly created humanoid experiment. She is testing how long it can hold out before the Phazon energy powering the humanoid runs out. At first, she questions why she has to suck dick, but when she learns that the crew on her ship voted as sexiest girl onboard, she’s suddenly totally cool with it! So it comes to pass that Samus becomes a consenting human onahole.

After twenty minutes of constant thrusting of his cock in and out of Aran’s mouth, the motherfucker blasts its load down Samus’ throat. But, oh no! The scientist suddenly remembers he forgot to install a scale in Aran’s mouth that would’ve measured the semen output. Samus eagerly suggests they run the experiment again!

The animation is great with excellent frame rate and decent rendering. If you watch the episode in HD, you risk pixelation.

Bodies are animated to have fluid movements. The camera lingers a lot, but also tries to capture Samus’ sexcapade from as many unique angles as possible. There are a lot of close-up shots and even one x-ray shot which shows just how deep inside Aran’s mouth the dick is.

Samus’ model looks brilliant with minor glitches. Her hair passes through her ears, for example. Her mouth expands in-between shots to highlight how huge her partner’s penis is. Her mascara gets runny midway to the act, which is just downright sexy.

The episode contains no music.