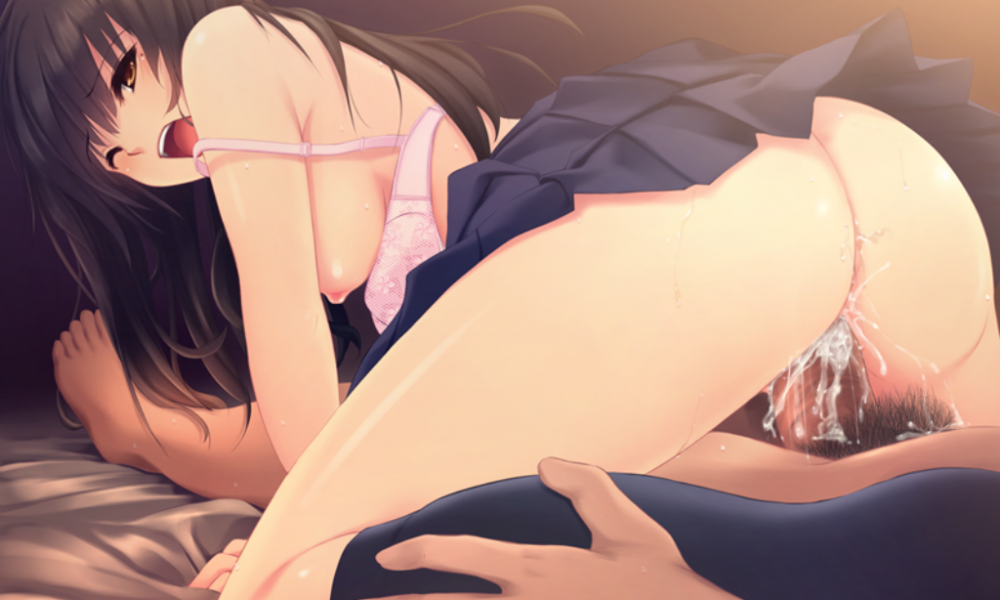 Free Friends, made by Noesis. Localized by Mangagamer in 2015.

I loved the concept of Free Friends: Kurahashi Yui is a school girl, running from home. To get money and shelter, she uses a message board where young girls can hook up with rich men for “compensated dating”.

Kurahashi´s teacher finds her message and goes to meet her. His motives are two-fold: His fatherly instinct conflicts with his manly desire to pop her hymen. He takes her in a love hotel, the girl doesn´t understand anything, and then he forces his manhood in her virgin pussy before she can say “yameteeee!” In the consensual route, Kurahashi and her teacher learn to know each other. They learn about each others´ problems, and their sex is more intimate. There´s kissing, consensual oral, and you can even impregnate her, and she´ll happily carry your child. Both routes are juicy in their own way, but you gotta have interest in domination, if you want the full experience.

All this said, while the concept is great, the characters are not well developed. Kurahashi Yui has a simple backstory, but she´s mostly a mild-mannered cookie-cutter Japanese school girl fantasy. You only learn enough about her to fetishize her. She´s bland enough to allow you to imagine her as your college crush.

The narrative is realistic, but also very undramatic. It´s a back-and-forth relationship  that faces few dramatic complications. There is no deeper substance here. All in all, Free Friends is a medium-priced nukige (fap fodder) with a simple scenario. For anyone looking for plot, creative sex scenarios, or dialog with depth, you won´t find those in Free Friends.

The art is clean and consistent. I found the nods at realism refreshing: Body proportions make sense, and nobody has crazy anime hair.

The voice acting is okay, but during sex scenes, the girl does all the usual “aheaheahaoa” voice antics that you know from eroge. It´s like her mind is getting blown from a nuclear explosion ravaging her pussy canal.

The atmosphere is soothing with a hint of melancholy. The electronic music creates a dream-like ambiance. The tracks are not particularly memorable, and they´re not numerous, but I liked them. It was the music that made me wish for more plot. I feel that the creators had a strong vision for a story, but instead they let the sex dominate the substance. Download at Mangagamer.