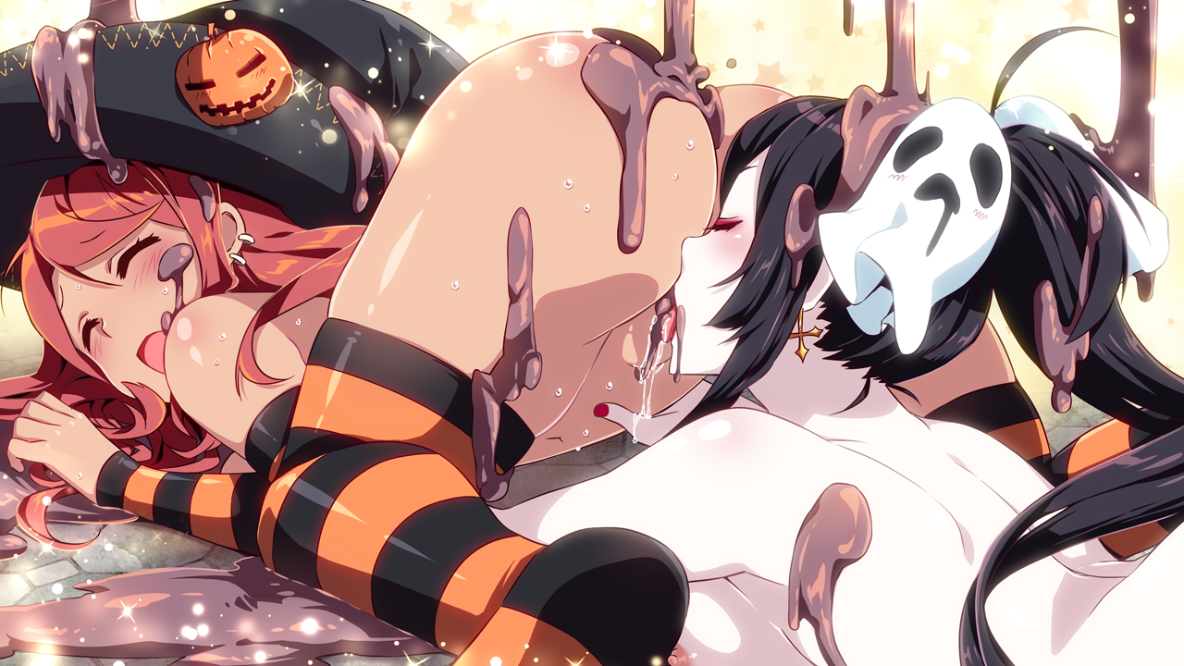 As a subscriber to Winged Cloud’s Patreon, I occasionally receive bribes in my email. And by bribes, I mean free holiday-themed games for Patreon supporters. This Halloween, the company made Sakura Halloween Party. It’s a cute kinetic novel, only about an hour long. If you know Winged Cloud, their mode of operation is basically “quantity over quality”, they churn out 10 new Sakura games a year, on a tried-and-tested minimum effort formula. So many western anime fappers have incredibly low standards for their fap fuel, that the company doesn’t just stay afloat, but actually rakes in massive revenues.

Miyu is a lesbian vampire. She wants to fuck her friend, a witch named Sabrina. She goes to her house, pins her down, then rapes her pussy with her tongue. They have awkward drawn out discussions about the deconstruction of western values, of Christianity, and the nuclear family, and the demographical shifts brought on by Angela Merkel’s mass immigration policies ripping apart Europe’s social fabric, in between fucking each others’ brains out.

I’m kidding. I didn’t pay any attention to the trite crap the bitches were talking about. 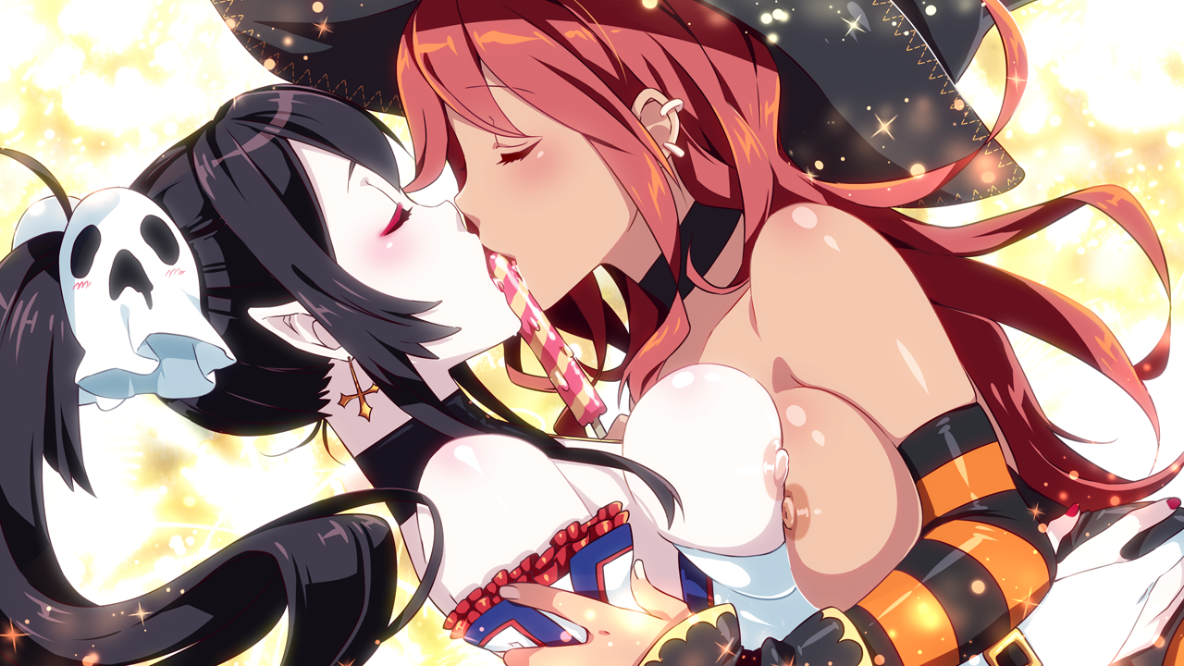 The art is incredibly beautiful honestly. The backgrounds are detailed, and there’s a surprising number of them, all Halloween-themed with their coloring, and tone. The character art is what people enjoy most about Sakura games, and this little title doesn’t disappoint in that regard. The anime girls are well-endowed, drawn by steady hands, based on Winged Cloud’s cookie-cutter formula. The girls are the same height, the same body type, just about the same cup size too, as in every other Sakura game ever made. Why fix what ain’t broken, right?

The music is playfully creepy, and stays in your head after playing. It’s a sort of haunted house theme, with a hollow, drawn-out, haunting melody, broken and complemented by a keyboard playing. I didn’t hop into the actual game before giving a proper listen to the music, because it set the mood so nicely.
There is no voice acting, and practically no audio anywhere.

If you’ve never played a Sakura game before, I recommend you download Sakura Halloween, to get a feel for the franchise. If you enjoy the content, check out our review of Sakura Dungeon, a game I’m told by my friends at Nutaku, is their most popular downloadable title ever.

You can download Sakura Halloween from Wetransfer for free.