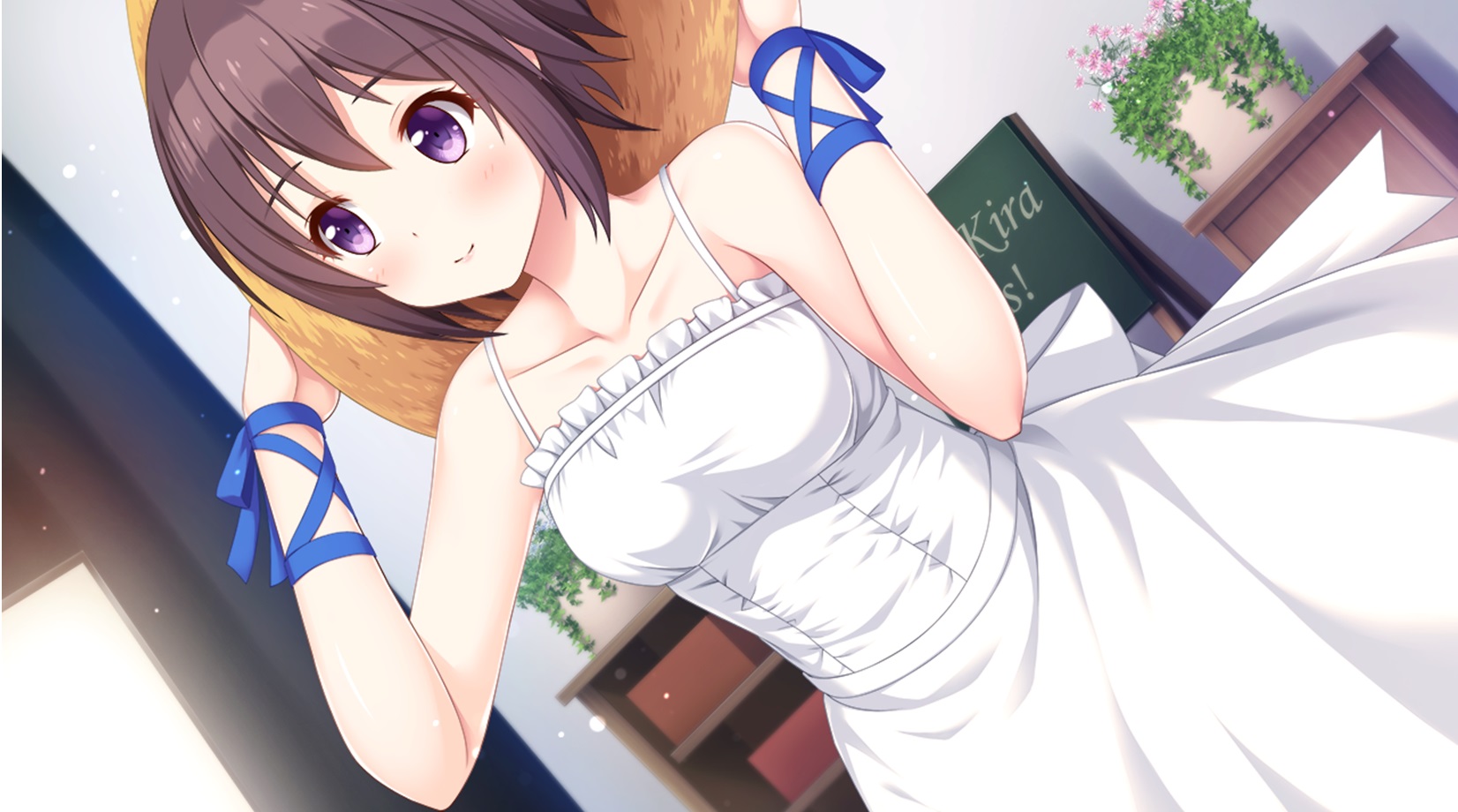 Ai Amane is an up-and-coming idol. She relies on you to make her a star. The trouble is, you suck as her manager! You have no resources, you’re a loser! Through serendipity you meet Nagisa and Saya, who are already stars. Hopefully you can sponge off of their success without them noticing.

Nobu is the manager and childhood friend of Ai Amane. You two are working hard together to level up Ai’s status into a top idol. One day, a photo shoot featuring Ai, gets double-booked by another idol, Nagisa Yukihiro. Nagisa is a celebrated top idol who becomes impressed with Ai’s performance and eventually the three of you, with the help of Nagisa’s manager Saya, team up to conquer the DivaFes festival.

The writing for Kirakira Stars Idol Project Nagisa is average. The game’s plot is paper thin with loads of padding. The characters feel cookie-cutter. Ai has a pure and naïve personality bursting with gung-ho energy. Nobu is just as bland with basically no character at all. Nagisa is more interesting, but doesn’t receive nearly as much focus.

The game is fully voiced. The voice actresses make their characters sound cute and innocent. Nagisa’s actress injects the character with a sense of unspoiled purity and playfulness. Saya’s actress maintains her character’s seriousness and stubbornness but is also able to make the audience empathize with her during quiet moments. Ai’s character is very cute and innocent. She’s almost child-like and too good for this world. During sex, Nagisa’s actress plays up her initial inexperience but soon shows the player just how good she sounds pretending to take it in the pussy in the booth.

Kirakira Stars has wonderful music. The game is comprised of original instruments like the electric guitar, keyboard, piano and drums. You also hear the trumpet and other wind instruments during some songs. Music in Kirakira is fun to listen to and adds to the enjoyment of the game.

The soundtrack has good variety. You hear soft, intimate melodies, followed by cheerful, upbeat tones that put a spring in your step. You’d expect to hear these tunes in a traditional slice of life anime. There are also songs specifically designed for dramatic or intense scenes, and silly comedic moments.

Kirakira Stars Idol Project Nagisa has basic VN functionality. You can view CGs in the Gallery menu. Select and replay your favourite scenes from the Scene Gallery. The game has more than enough save slots. You can also use the ‘auto’ and ‘skip’ option to avoid clicking the mouse endlessly. The game presents you with choices every so often. These decisions have little impact on the story.

The game has a major glitch. Throughout the entire game none of the character sprites appeared onscreen for me. I reloaded the game several times. Nothing changed.

The graphics are top tier. The game takes place at multiple locations, both indoors and outdoors. The artists demonstrate their mastery over the brush with backgrounds showing different lighting depending on time of day. The lighting and shading is well utilized. The level of detail in the background artwork ranges from heavily detailed to simplistic. The diverse locations add a layer of realism to the world.

As mentioned before, a glitch prevented me from seeing characters on-screen. This is a very big and glaring error since 90% of the scenes should feature the character sprites.

The game features a library of CGs with multiple variations. Variations include moving the character’s head around, blinking or changing facial expressions. All the characters have cute designs with small, perky breasts, although they do suffer from the insidious ‘Same Face Syndrome’.