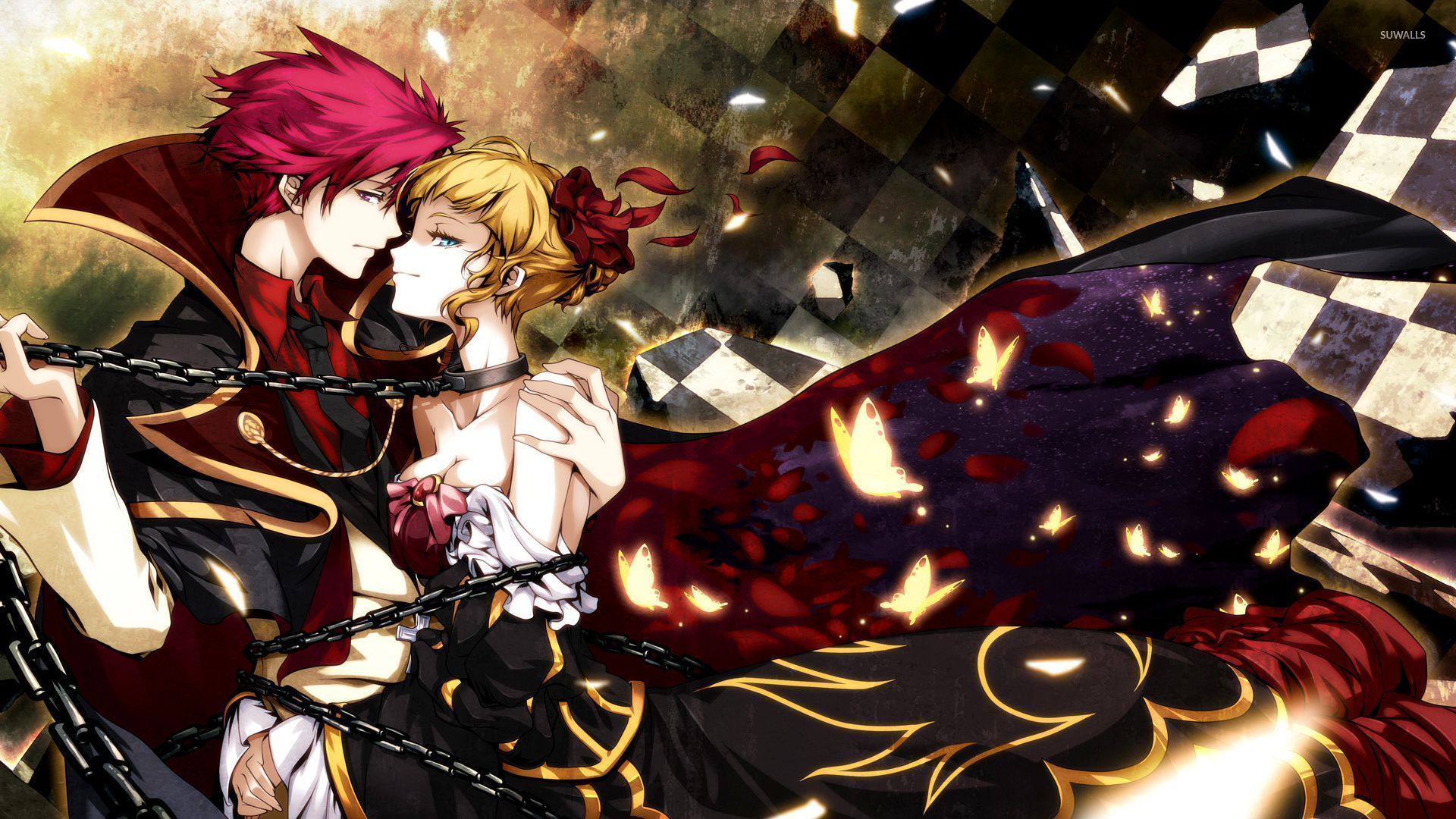 In Umineko, the player will join Battler, a scion of the wealthy Ushiromiya family, as he attends their annual reunion on the island of Rokkenjima for the first time in six years. However, that night, a disaster falls upon the Ushiromiya family, and they all begin to fear for their very lives. Battler’s cousin Maria believes the golden witch Beatrice has returned and committed murder through magic, but Battler doesn’t believe in such a fantasy. Still, could anyone in his family really have killed their own kin for the sake of riches? You know both the situation leading up to the incident and its tragic result, but the course of events is an enigma, and no one willing to share the whole truth. What really happened on Rokkenjima that night?
The 2nd half of the series, the “Answer Arcs,” give you more and more information about the mystery behind the epitaph. Will you be able to solve the mysteries of Rokkenjima island? Or is this all just another game setup by the Golden Witch?

Similar to the original release of the Question Arcs, this release by MangaGamer features the original BGMs, the un-cut content of the game, multilingual functionality between English and Japanese, and updated graphics – but of course, you can switch back to the classic “meatclaws,” as the community refers to them, a tribute to the original art of the Umineko series.

Umineko When They Cry -Answer Arcs- is available now on Mangagamer and later today on Steam! 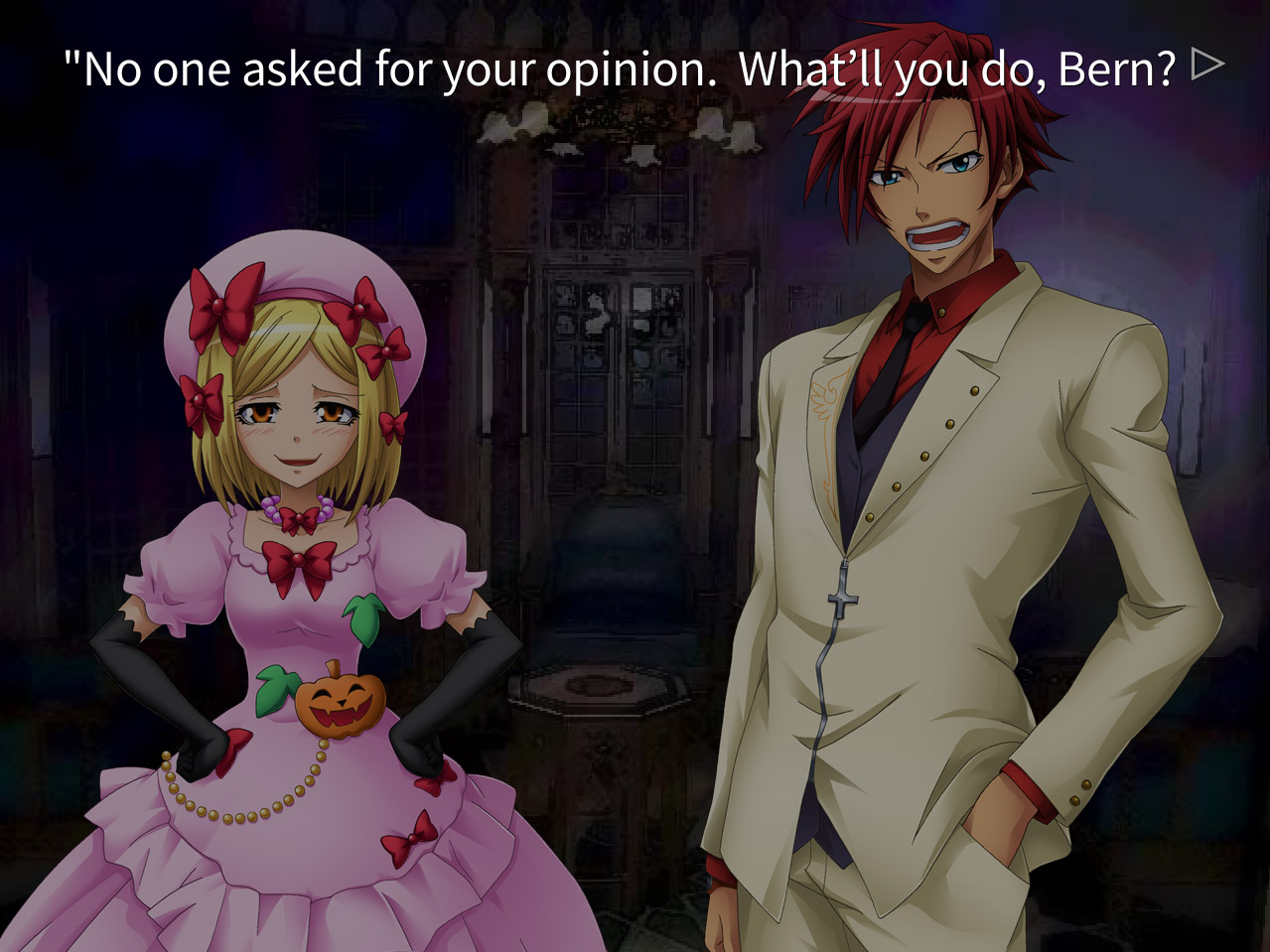 Umineko When They Cry Answer Arcs

Welcome to the world of Umineko When They Cry (When Seagulls Cry).

Welcome to the Rokkenjima of October 4th, 1986.

You have been given a chance to catch a glimpse of the family conference held annually by the Ushiromiya family. The remaining life in the old family head who has built up a vast fortune is very slim. To his children, the greatest point of contention at this family conference is the distribution of his inheritance. Everyone desires all that money, no one relents, and no one believes.

Who will gain the old head’s vast inheritance?

Where is the 10 tons of gold that the old head is said to have hidden? Can the unnerving riddle of the epitaph which is said to point to the location of that gold be solved?

In the midst of this, a suspicious letter is sent from one claiming to be a witch. The presence of a 19th person on this island, which should only have 18, begins to hang in the air. Brutal murders repeat, and unsolvable riddles are left at the scene. How many will die? How many will live? Or will everyone die? Is the culprit one of the 18, or not? Is the culprit a human, or a witch?

Umineko: When They Cry Answer Arcs

MangaGamer.com is the world’s first legal download site for English translated Visual Novels. Since its launch in July 2008, it has offered services where fans can download and enjoy popular Visual Novels such as minori’sef -a fairy tale of two and OVERDRIVE’s Dengeki Stryker right from their home. Don’t forget to visit us on Facebook and Twitter! 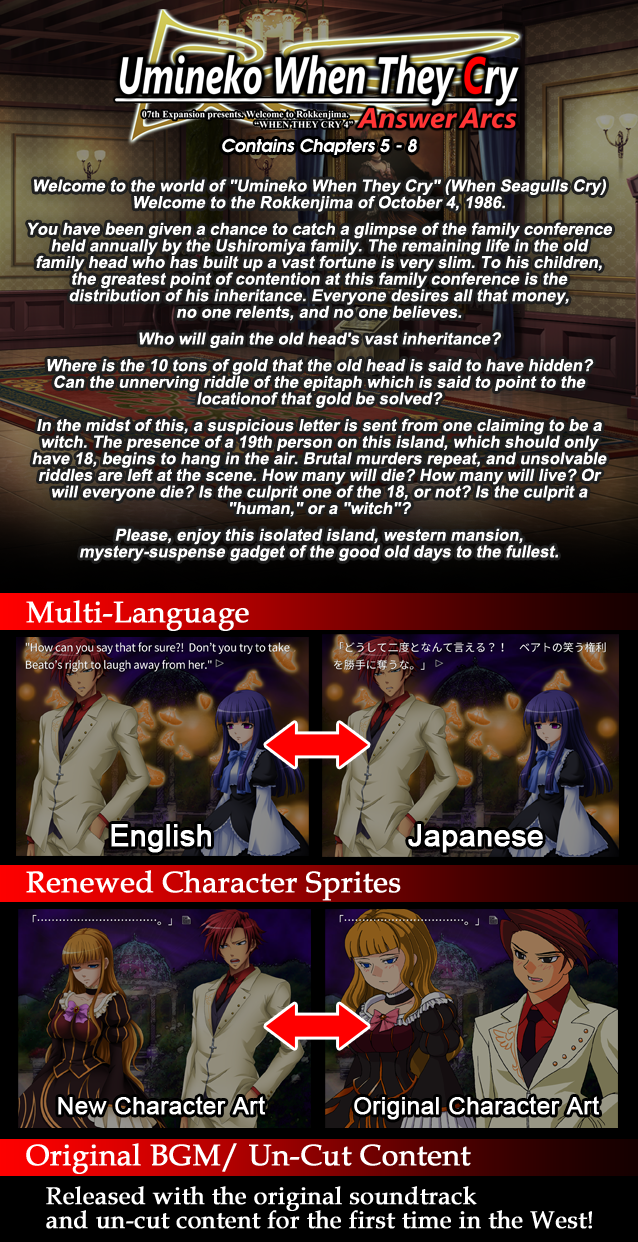