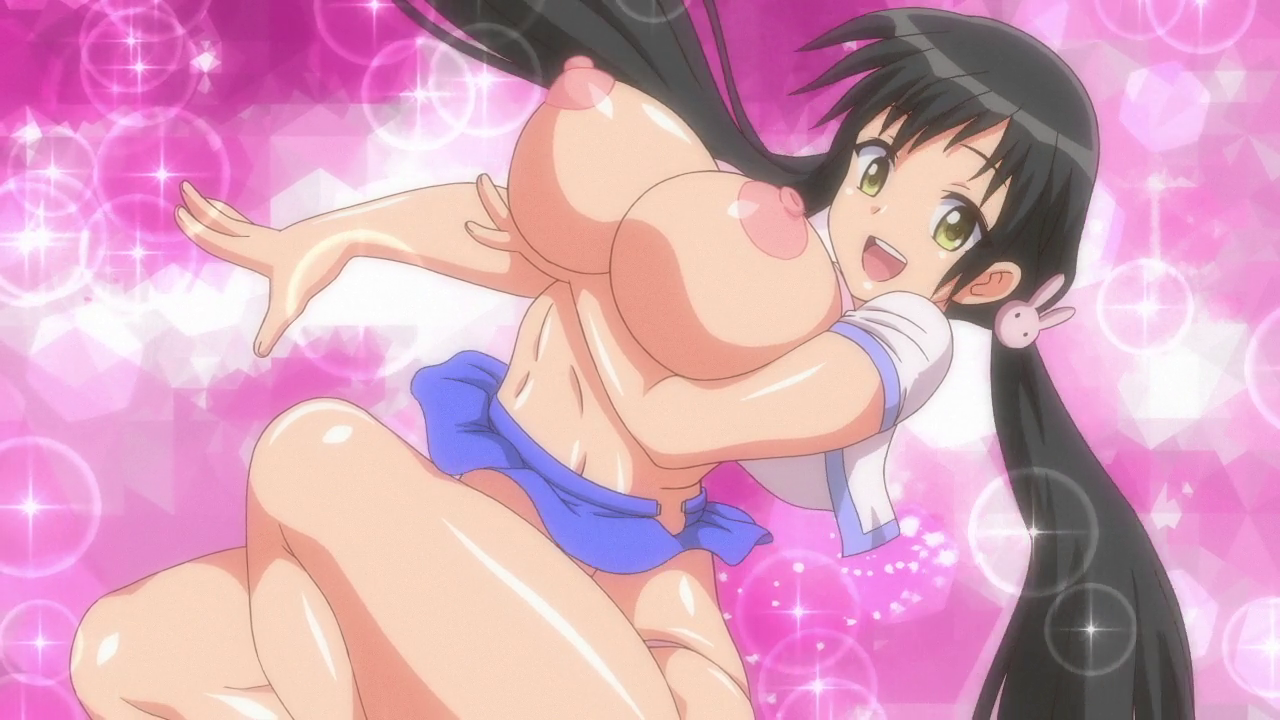 The music doesn’t stand out. The songs have an upbeat, cutesy style that mirrors the juvenileness of the plot. However, it is noticeable in the background when it plays, but it never contributes to the events that are playing out in a meaningful way. This makes the score feel more like white noise instead of part of the story.

The overall animation is fine, though noses and mouths sometimes move around a little more than physically possible. The colours of the OVA are bright and vibrant, reflecting the innocent and playful nature of the events. The transformation scene of the girls is sexy, showcasing clothes ripping open, breasts jumping out like ripe watermelons, and panties digging into buttocks.

There are tons of good shots of the boobs and pussies of the girls highlighting the changes to their bodies. The daycare employee’s boner takes center stage several times. The expressions on the girls’ faces are sexy; they blush and quiver from the pleasure felt by their fully matured bodies.

This episode spends half of its runtime setting up the plot. There’s only enough time for two sex scenes, one of which is very short and only features Cocoa blowing the daycare employee. The show is inconsistent with certain things, like how much the girls actually know about sexuality. Cocoa has apparently seen his dad’s penis, and even knows to call it that. What she doesn’t know is that the white goo coming out is called “cum”. Believing it’s icing, she promptly starts licking the protagonist’s meat cone. We get a few good shots of Cocoa’s face as she licks Daycare Employee’s ‘icing’ before Kanon interrupts them. She needs to go to the bathroom.

The actual penetration scene is a disappointment: No hymen is broken, there’s no blood. The sex afterwards features Kanon getting fucked. The camera switches positions, while the characters stay in the same position. The scene ends up looking very tame and uncreative. Kanon moans about being used as Sensei’s toilet. She rides him in reverse cowgirl while he grabs her big butt. Before the climax, he reaches upwards to test the squishiness of her boobs, then shoots his load inside of Kanon’s ‘toilet’.