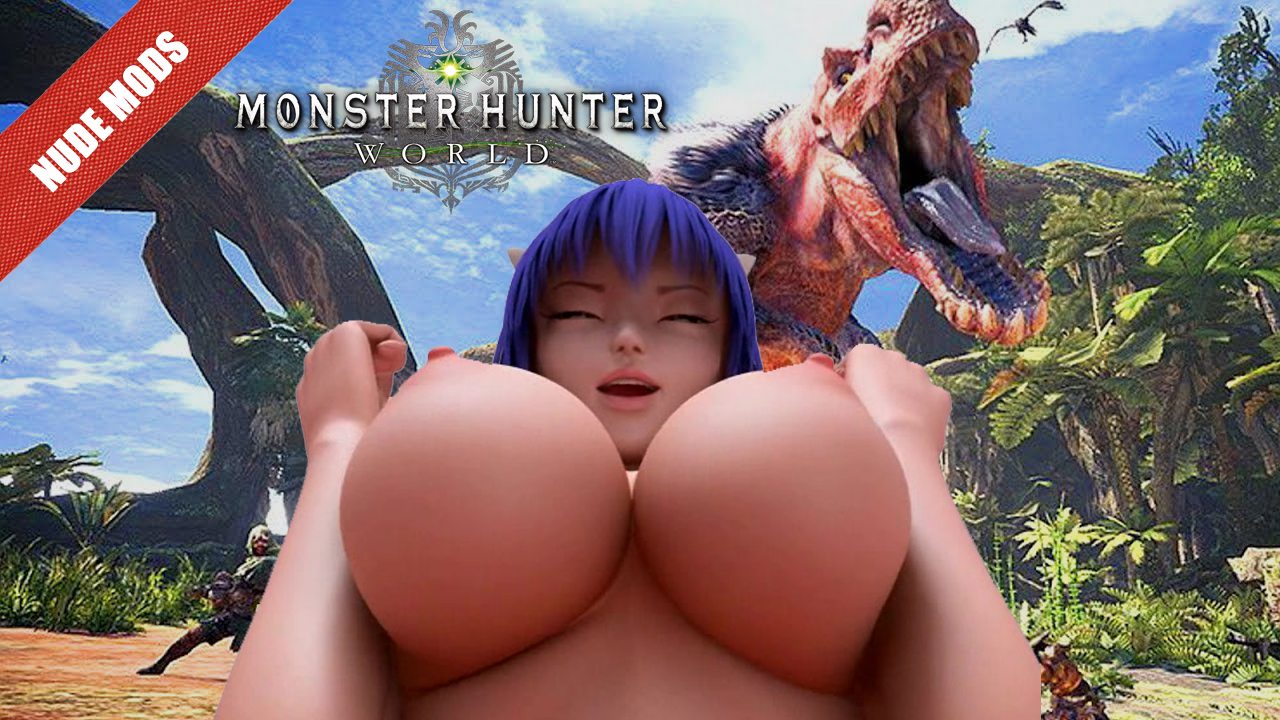 Modders have created a series of nude and sexy mods for the PC port of Capcom’s latest Monster Hunter title, Monster Hunter: World.

Few things have absolute constants in our universe. The sun will always rise in the east and set in the west. When a popular game title gets a PC port, after a while, there will always be a group of dedicated digital craftsmen that will strip that game’s male and female models down to their bare bottoms.

Monster Hunter: World is Capcom’s latest entry into the giant monster slaying saga, released on August 9th this year for PC on Steam, after an initial PlayStation 4 and Xbox One release on January 26th, earlier in the same year. While mods for the title, providing some well-desired nudity, can be still considered in their infancy, there have been a few notable ones that will surely provide some proper groundwork for great things to come.

The first modification, created by Nexus Mods user Sakura4, replaces the male Kirin Leg Guards with a nude texture uncovering the legs and buttocks. You can download the mod here. Be sure to check out sample screenshots, click any image to view gallery.

Next up is another mod created by Sakura4, that alters the chest and waist portions of the Dober armor for the male and female characters. This mod also includes the female nude skin. The mod is available for download here.

The third mod, created by UberGrainy, is a nude female player model created for the Samurai Layered Armor. As the modder explains, this is the result of his work fiddling around with editing the swimsuit portions of the model. Download this mod from this page.

As a result of editing the swimsuit and skimpy lower body, I ended up with this. I decided to upload it since nobody else has made one yet. Too lazy to edit the textures. The wide upper body is from Anjanath chest, I think (I don’t remember). The pelvis and thighs are from the Vaal Hazak A leg armor. I removed the armor mesh by manually erasing triangles using a hex editor. The other parts are from the NPC swimsuit model.

Included are a wide version (default player proportions), and a narrow version (narrower, rounded shoulders and smaller ribcage). The narrow version has accessories included because the necklace conceals a hole around the neck.

The last mod, created by Thray, is a simple skin texture swap for the female model which includes bare breasts and a vagina. Download this hot nude mod on the Nexus Mods website.

Installation instructions for each of the four mods can be found on their respective Nexus Mods pages and are simple as swapping a few files around from Monster Hunter: World’s Steam directory.