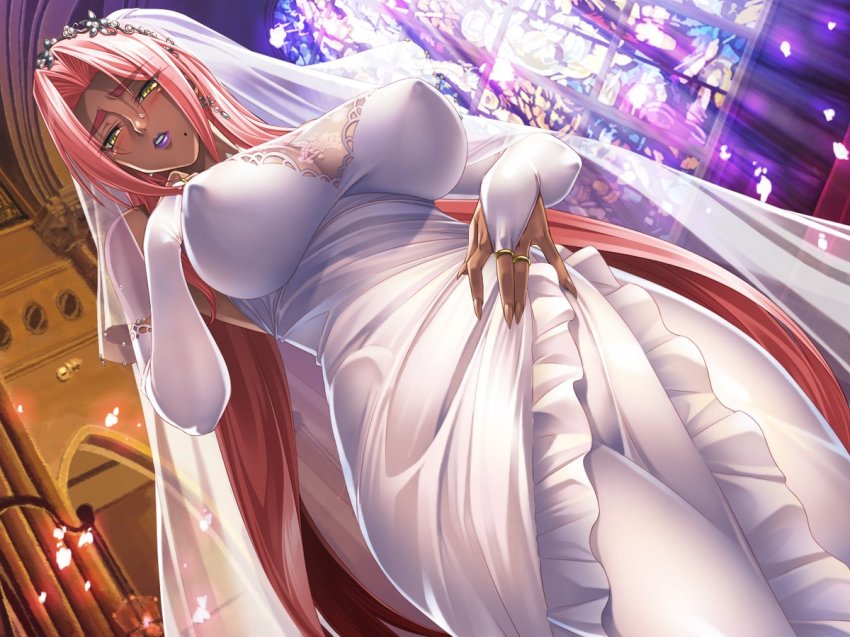 Ingrid has a buxom body graced with massive natural tits and a tight ass. Her skin is the dark shade of olive. Her body hair is pink, excluding her non-existent pubic hair. She’s a highly capable melee fighter that wields a sword for defense and offense. She handles a man’s dick with similar ferocity with which she slays her enemies. Like all the Taimanin girls, she is forced into humiliating bondage sex with orcs and monsters, public prostitution, and more fun things. Because she’s such a tight-ass bitch that don’t need no man, she’d make a terrible prostitute with her uptight attitude. Hence, she gets drugged, her DNA is altered, she is raped repeatedly to break her spirit and train her body to derive pleasure from the most extreme degrading sex.

Dark existences were secretly invading Tokyo, the diabolic city. Behind the success of ninjas of justice called Taimanin, the darkness starts the action. Hell knight Ingrid revealed the betrayal of a diabolic doctor, Sabato Kiryuu, who has belonged to a group of darkness, Kanomado. She follows after him who managed to escape from the spot. However, she gets the counterattack from Kiryuu in a certain hideous church and becomes captive. With vengeance, Kiryuu tries to destroy Ingrid’s noble soul and decoy her boss, Edwin Black the vampire, into coming to save her. He encourages a group of monsters who have the desire for revenge against Ingrid.

Most images are drawn by Kagami Hirotaka