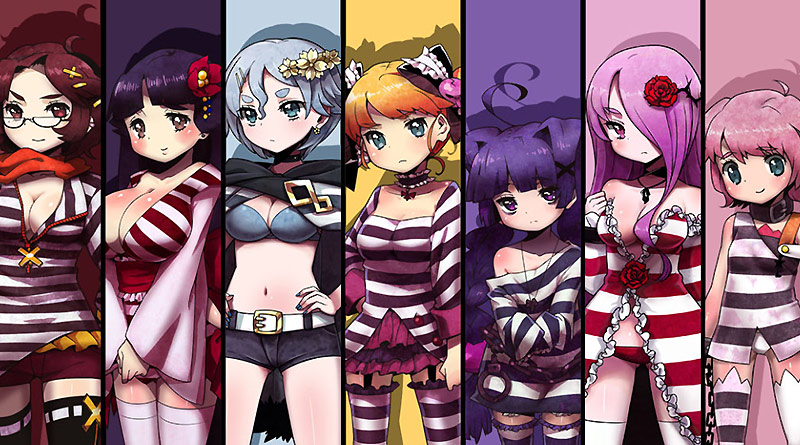 Thrown into hell, you take up the task of rehabilitating seven girls. Help them to atone for their sins and motivate them with whips, electric prods and feather dusters. No one says you can’t have fun in the broiling heat of the afterlife.

The story follows the player, a new employee in Hell, who is placed in charge of seven girls. These girls are part of the ‘Reformation Program,’ which seeks to help them learn from their sins. Once they have successfully overcome their sins, they will be sent back to the real world. As the program instructor, you need to make sure they survive this harsh and arduous journey, or be stuck in hell forever.

Just as you’re getting settled into your new job, things start to go wrong. The system that hell runs on goes haywire, and the reformation program encounters some unforeseen difficulties. Things take a turn for the worse when your supervising officer abruptly disappears, and leaves you clueless on your next step. Stuck with the seven girls, your ramshackle party sets out to redeem themselves, and solve the mystery of what happened to the reformation program. 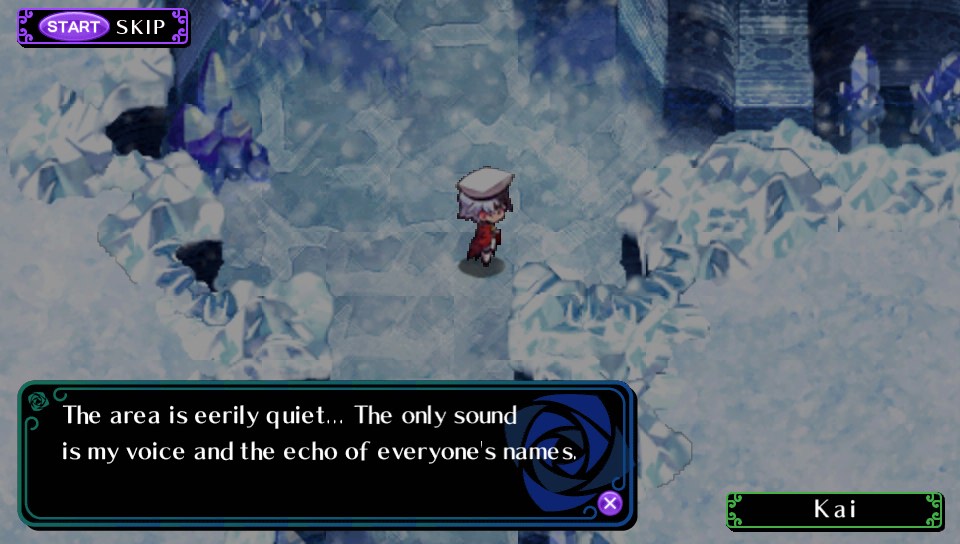 The plot isn’t groundbreaking, but it does its job. The pacing is just right. There is a good balance between the story and dungeon crawling segments. However, the highlight of the game is undoubtedly the characters. They come off as obnoxious and one dimensional at first, but the girls slowly open up as the game progresses. The character motivations are well thought out and executed, something which surprised me.

The plot also briefly touches upon some hard topics, but it never feels ham fisted or a half-hearted. There is an endearing quality to the plot that I really liked. The developers could have had a mindless plot to go with the anime tits, but I appreciate their effort to create something good instead of going down the easy route.

The dialogue is also witty and hilarious. The chemistry between the seven girls is off the charts. They banter, talk, argue with each other, and it feels natural. Shin and Kisaragi for example, seem to start off on the wrong foot. They constantly insult each other, pointing out each other’s flaws. As the story progresses, they get closer to each other. 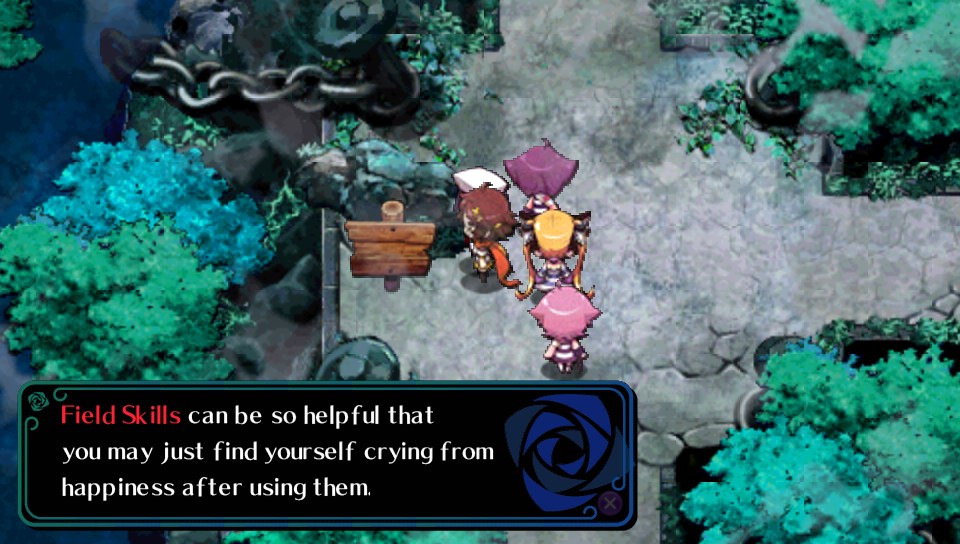 You can name the male main character. His personality is flat, though there are some moments where he has funny thoughts. The developers made him as bland as possible, I assume, so players could project themselves on to him.

Kisaragi is a blonde pig-tailed girl with a prickly personality. She practically embodies the tsundere stereotype, harsh to strangers, but warmer once you get closer to her. Although her personality is predictable, I still found her endearing.

Ran is a crude, often violent girl who hates men. It’s heavily hinted in the beginning she’s the way she is due to a traumatic event in her childhood, which makes some of her more aggressive tendencies understandable.

Sako and Yuko are sisters, adorable ones at that. They look similar but can be differentiated by their accessories and general demeanour. Sako is fiercely protective of Yuko, while the latter is portrayed as carefree and ditzy. There are undertones of incest between them, but its mere subtext.

Shin is a green haired game addict, easily identified by her use of gamer slang. She’s my favourite as she often refers to the group as a bunch of scrubs, and is responsible for some of the more humorous moments in the game.

Alice is a quiet girl with purple hair. She looks the youngest out of the group, often withdrawn and only speaking in short sentences. She’s not interesting, but her interactions with the others help with that.

Tomoe is a busty, seductive girl who speaks with a mild accent. She immediately caught my eye due to her character design, a woman who is not afraid of using her natural charms to her own benefit. She’s very kind despite this. 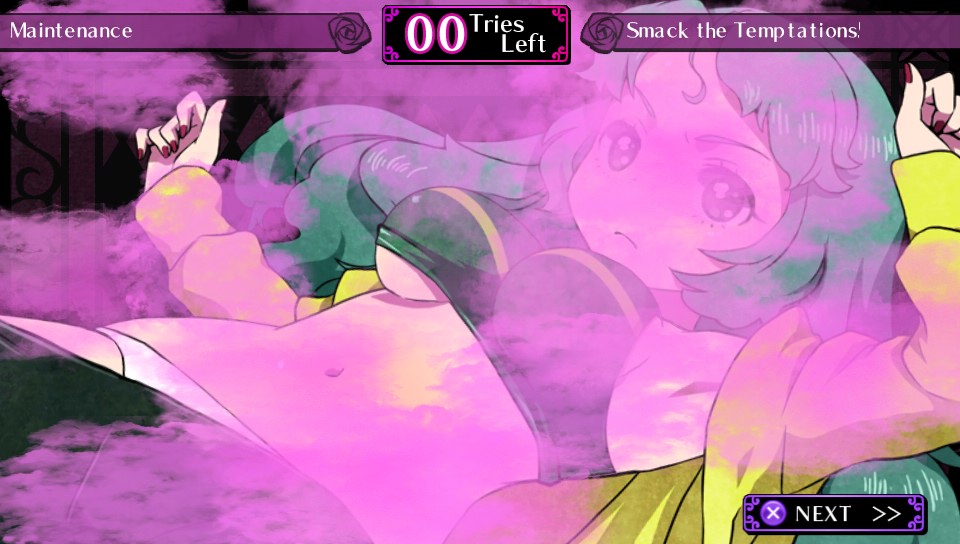 The art is Japanese anime style, leaning towards ‘chibi’. This style usually makes characters look a little too cute and cartoonish for my tastes, but Criminal Girls keeps character designs both cute and semi-realistic.

The character sprites during combat are crisply drawn and adorable, but the sprites used for exploration look more blurry compared to it. I didn’t find it a big problem, but the difference in quality is noticeable.

Another set of sprites are used during dialogue scenes, and can be comparable to CGs. These are detailed and well-drawn, showing off how each girl dresses differently. For example, Shin wears a short cape over her shoulders and a combination of a tie and bow. Tomoe, on the other hand, wears a revealing kimono-like outfit that puts her gigantic boobs on display.

The game also has a very bright and eye catching palette. Backgrounds use loud colours, like the neon orange of lava. Characters have less abrasive colour schemes. Yuko’s pink hair is bright but too bright.

Other than the main character, the game is fully voice acted. The actresses do a phenomenal job of bringing their characters to life, showing us that Japanese dub is truly versatile. The verbal tics of each character are ridiculously on point. Sako’s sheepish giggles or Kirisagi’s tsundere huffs are just some of the little touches that make the characters feel alive.

Sound effects are varied and immersive, appropriate for the respective attacks and skills. Electric attacks are punctuated by a loud buzz. Ice attacks sounds like two blocks of ice crushed together. Sako’s punches come with the audible ‘whump’ when her fist meets a face.

The Criminal Girls soundtrack has a number of generally heart rending songs. I never felt the music was lacking as the tracks for each level and situation were very appropriate. The themes for each dungeon level are a good example. They accurately reflect the tone of the story in that specific moment. In the starting levels, you’re treated to a dominant and ominous song. The heavy blare of the tubas is scored by understated synth noises, before a chorus of violins join in. It really adds to the feeling that you’re trapped with enemies at every corner, powerless to do anything but rely on your prisoners. 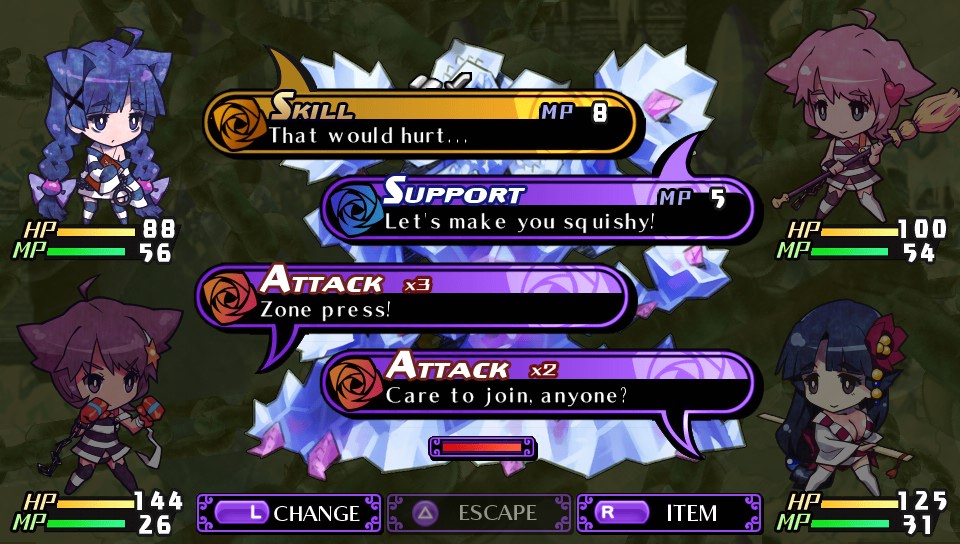 Like any dungeon crawling RPG, you can control your character to explore the dungeon. During the exploration, you will encounter enemies. I found the enemy encounter rate decent. It isn’t extremely annoying and eases you into the combat. However, things might feel dull at the start since your party starts off as a bunch of scrubs with no skills.

If you’re familiar with RPGs, the turn-based combat system brings no surprises. However, Criminal Girls puts a unique spin on the combat by only allowing one move per turn. Even item usage is limited to once per turn. It creates tense situations and forces the player to strategize. There is a nice variety of different skills for each girl, and the game is forgiving.

One thing I wished the game had was an option to speed up battles. If you’re faced off with multiple enemies, you have to wait for them to execute their turn. It felt unbearably slow at first, but I eventually got used to it. Those who absolutely despise any sort of waiting time in games will probably hate the combat.

There are mini-games in the form of ‘motivation’ for the seven girls. You motivate the girls to learn skills, which costs in game currency. There are mini-games unlocked the more you progress. The mini games are a nice breather from the dungeon crawling, but they can come off as tedious if you do them in rapid succession. Their level of difficulty rises with each skill you unlock, but not to the point where it gets too annoying. 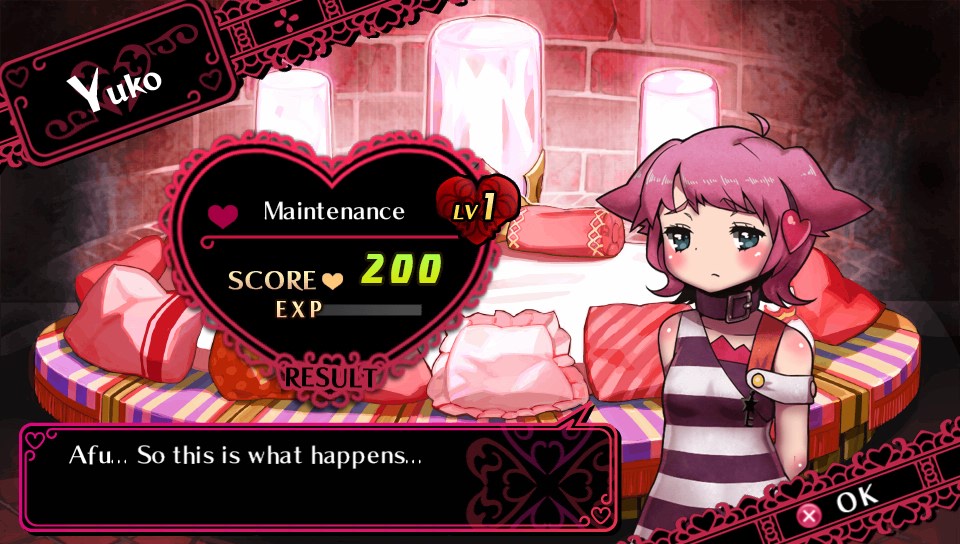 Motivation scenes where players whip, electrify or tickle a girl are covered by a pink mist. The moans and yelps of the girls during those situations were apparently removed. I found those scenes quite pleasing in spite of it, due to the live 2D character models. Character eyes follow you. Faces occasionally show sexy expressions. 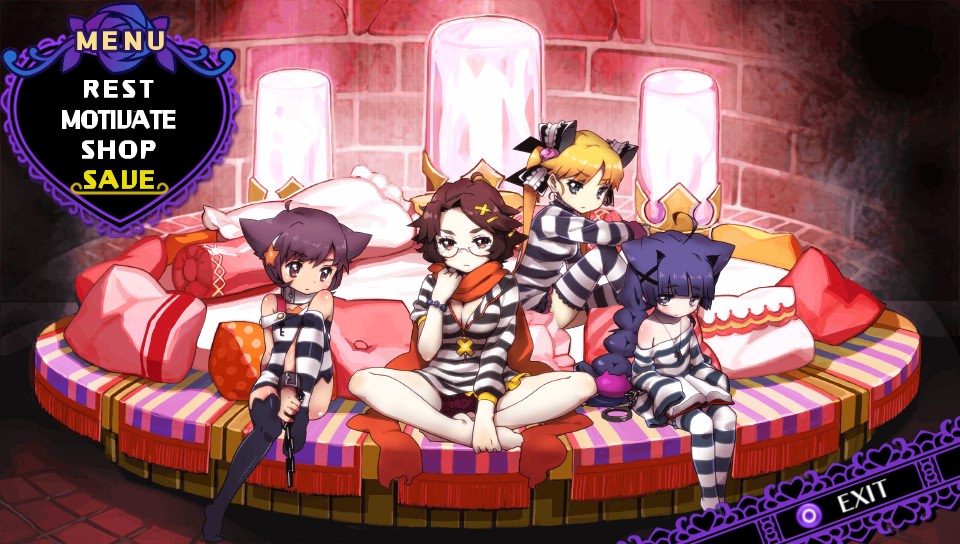 After motivation sessions, each girl has voiced lines hinting at how the experience made them felt. The closer you get to your harem of delinquents, the more they will enjoy motivation sessions. While it’s disappointing that the bondage content was censored, I still enjoyed myself.


Criminal Girls: Invite Only is an enjoyable romp with likeable characters and story. It’s got a solid turn-based combat system. Censorship might beat your dick down, but it doesn’t sour the experience. This game gets my full recommendation.