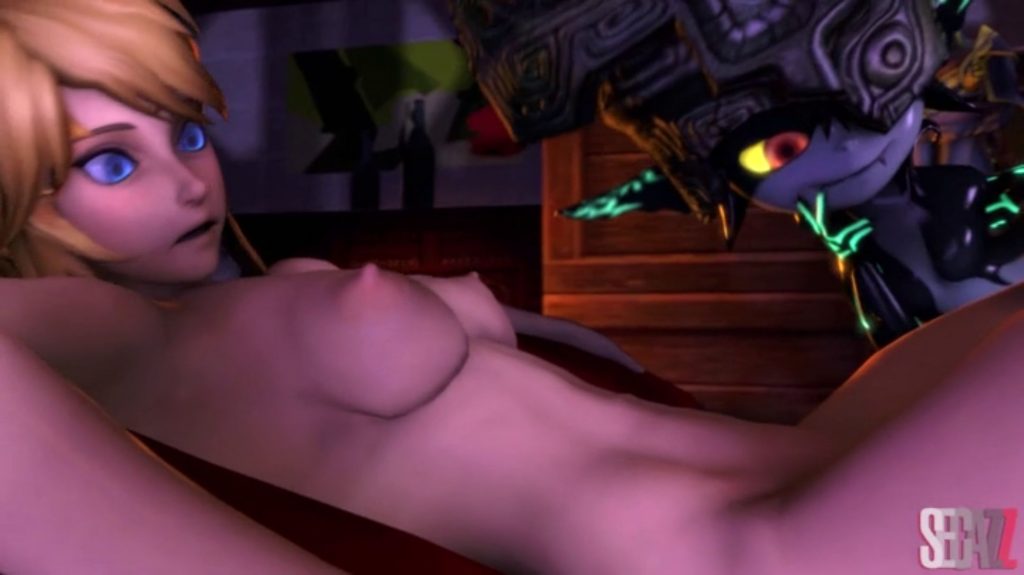 Link becomes the newest heroine of the acclaimed Legend of Zelda franchise! He wakes up to discover his body has gone through a sex change! His dick is gone, replaced by a ripe, virgin pussy. He also has two soft, bouncy boobs wobbling around on his chest. Midna tells him that the potion he drank not only transformed him into a woman, but made him immobile. As Midna teases Link over his new body, Ganon enters the room intent on plunging his hard fat cock in Link’s pussy. The rest of the episode is pure pussy pounding action!

The animation is just great. The frame rate and render quality is okay. The episode isn’t made to be viewed in high-definition or 4K definition.

The camera work is great with a first person view setting the mood and Link’s reveal as a woman. The camera then settles into a casual third person perspective that shows Link getting screwed. There is a great shot of Ganon’s ass as he plunges balls deep into him. Link looks like his entire body is one big lump of jello in some shots with his arms wobbling as much his plump, gravity-defying breasts.

The color scheme is good with a night-time feel to it. The room is bright with plenty of contrasting colours.

All the characters have voices. Link and Ganon only grunt and moan but Midna speaks in a strange language. Thankfully there are subtitles.

The episode contains no music.

The sex is short and sweet. The set up is taken care of as quickly as possible to make room for fucking. The sexual positions are limited with Link spending the entire episode on his back. Ganon thrusts into his enemy’s pussy harder and faster. Link’s growing disgust quickly turns to pleasure as he feels Ganon’s cock invading his womb. His breasts look like jello mounds wobbling all over the place. After he accepts his role as Ganon’s sex slave, Link’s lewd expressions adds another layer of sex appeal to the gender bender porn fantasy. It is tremendously satisfying seeing Zelda in the background rubbing her pussy while she watches Link getting fucked.

You can watch this video on several shady streaming sites, including PornHub.com.