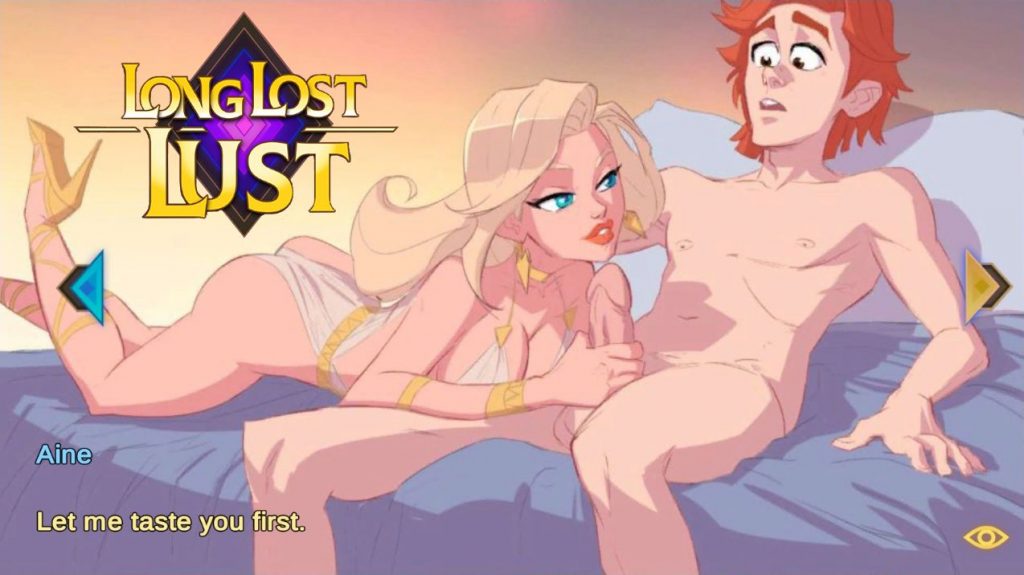 Long Lost Lust is a harem adventure game with tactical combat, developed by Tender Troupe. Soft Launched March 1, 2021. Get a copy over at their Patreon. Currently just for Android (it runs on Bluestacks though). Limited voice acting. Uncensored pussy. Available in English.

The people behind Booty Farm and Kink Inc, have forged more lewd goodness that they are letting out into the fray of limited public roasting.

Usually games published on Nutaku have a tough time surviving the first encounter, but apparently this studio is hard at work adding a third title of variety to their catalogue.

I’ve been around, so if you caught our Booty Farm review you know it’s not the perfect product. It’s a Farmville-style game, a generic skinnerbox with little choices.

Luckily Tender Troupe has invited me to beer and tiddies over at their new project Long Lost Lust. Too many Ls if you ask me but I’ll take the genre change and the spicy content.

We kick off with a protagonist getting sucked and fucked for the usual cosmic reasons of – hot blond must fuck you now, to save the world. I could be iffy about that, but given how many developers don’t even bother writing 10 coherent sentences to launch their world, this is upper bar nowadays.

I’ve had one too many tactical games in my life, so it’s hard to impress me, but given the state of things this is among the few games trying to do something other than match 3 or other overdone game types.

I’ve been told they are going to expand their pool of procedural animations, so I expect the sex payoff scenes to get better over time along with an expanding variety of moves for the combat system.

Apparently someone knows how to craft interfaces, as even the icons look well suited for purpose, which is so rare in f2p games, I’ve almost stopped expecting decent design.

The babes are varied and hot, whoever is drawing them seems to have a great eye for variety, perspective, and general flavor. If you like that kind of artstyle, this studio has proven to create a very fuckable abundance of kinky imagery for us to get our rocks off.

The audio side is properly covered and fits the world. I imagine they’ll invest more once this gig starts rolling.

Get ready, to fight the bad guys, expand your harem, fuck their brains out and invest those skill points into taking panties off left and right – you know how it goes.

It seems they have been putting an extra effort into it, given the amount of different girls available right from the get-go.