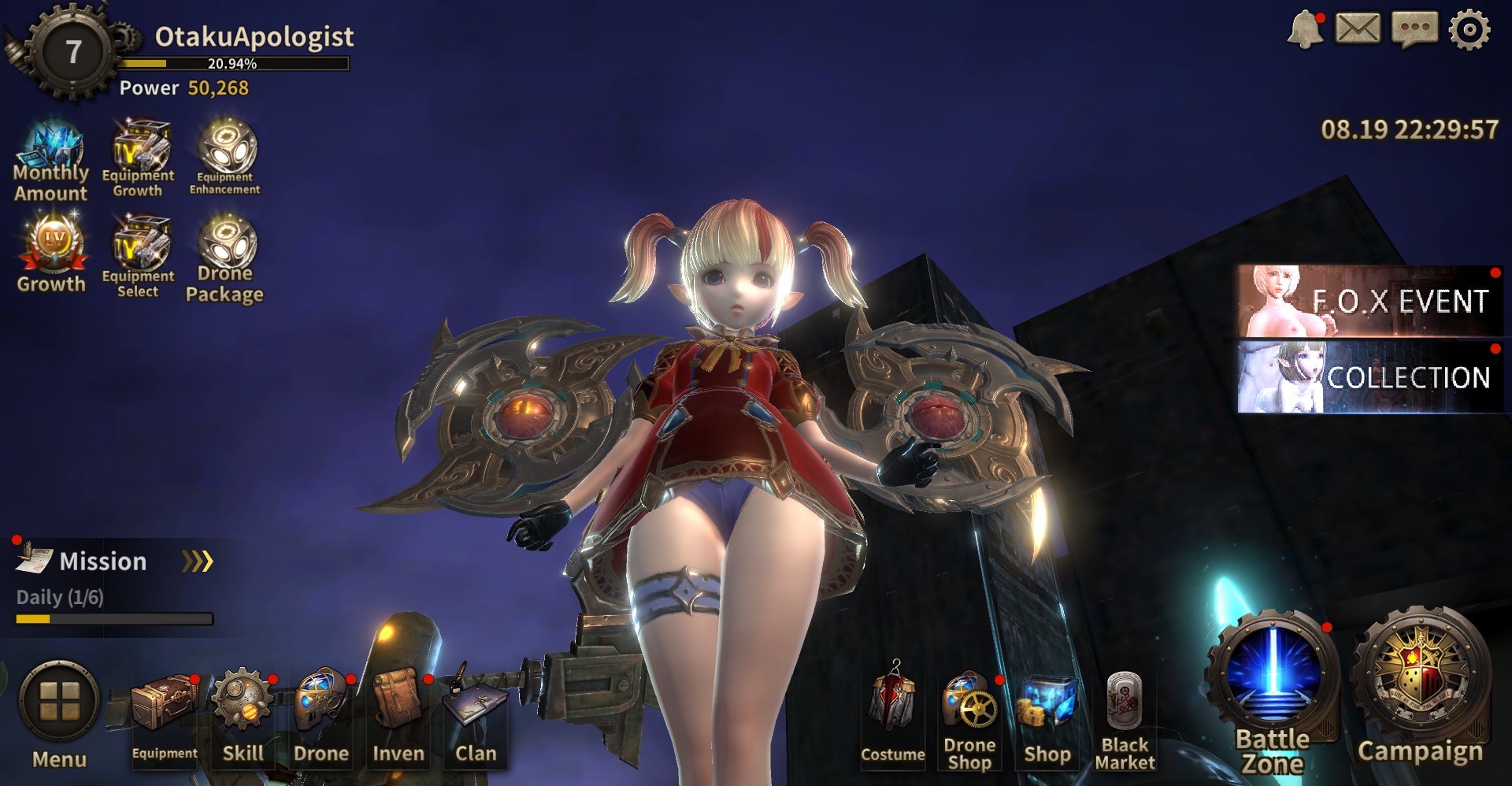 Sugoi ecchi pantsu! You can oogle at your character in the menu screen from any angle.

After just minutes of playing through the tutorial, I discovered that the game is shaped in the same mold as most of Nutaku’s free to play titles. The combat is semi-automated, you run through a short linear course full of baddies, fight a boss, and boom. You win. It’s the exact same design as Sacred Sword Princesses.

My feelings are always conflicted when writing about Nutaku’s newest free to play titles. DMM Group, whose games Nutaku publishes on their platform, cracked the code to making profitable free to play games. The problem is, the formula seems to be so challenging to execute, that almost every new title looks different but plays the same. But, after I play the games for a while, I usually find things to like about them. 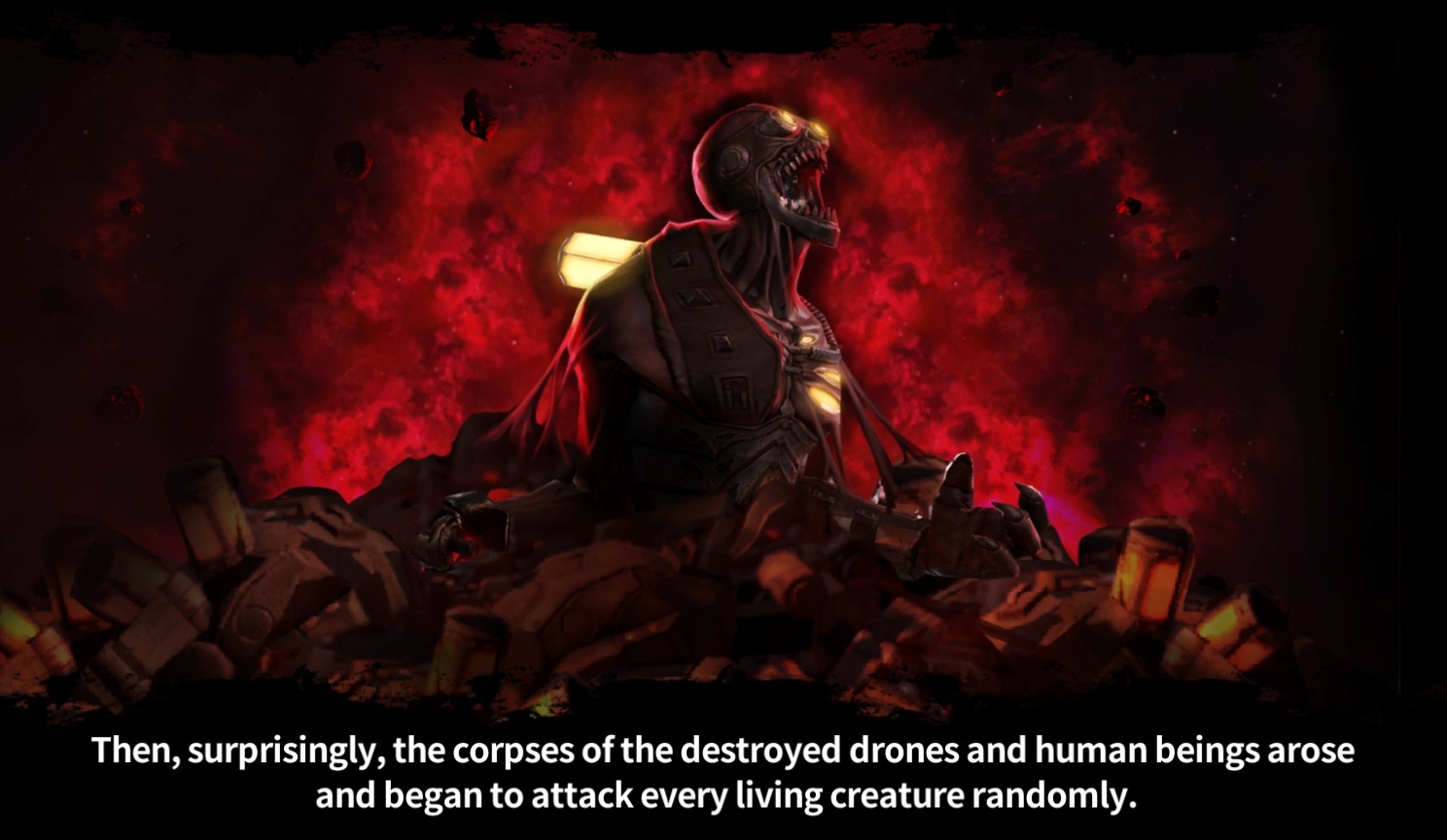 Foxynite premise is that a planet named Karma hosts an incredible amount of ether, which is an energy source used by space ships and other crazy futuristic tech in the grimdark future. The story could get really good if these gaming companies allowed their writers any power in the creative process. You have elements for a riveting sci-fi drama: A mysterious planet, war between galactic empires, there’s evil robots that bleed blood, parallels to Judeo-Christian mythos. Something at the planet’s core is bringing back scrapped robots and dead humans as monsters that attack everyone. So mysterious!

From the three playable characters, I chose the kawaii loli slut, Nea. Her voice actress sounded extra hot and high-status. She wields two floating sawblades as her weapons. The blades are also her compansions that can think and talk. The game started with Nea suffering from amnesia, but still possessing the muscle memory to use her advanced weapons technologies. 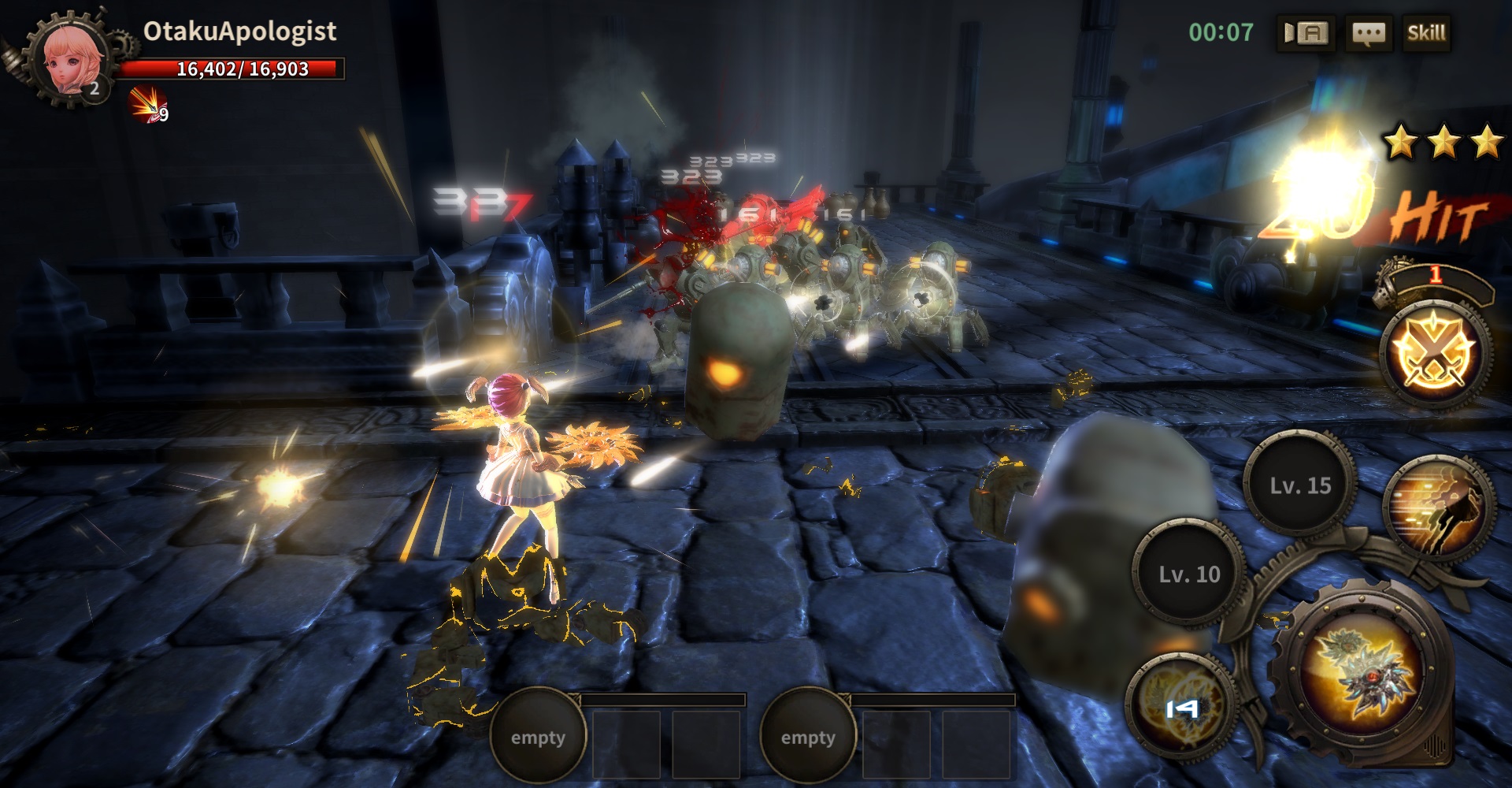 The gameplay is extremely dumped down for casual players. You can practically let the game run on the side, while you work on other things. The computer A.I. is smart enough to use all your abilities on rotation while dodging attacks. On easier levels, it’s a hands-off experience. The difficulty curve tends to rise very slowly in these games, but when it does, it’s got all the mechanics to make you unzip your wallet.

The game has a very cluttered user interface, with multiple menus packed full of stuff. I detest this kind of complex menu design, because it’s got an overwhelming amount of things to look at. There’s often vital things you don’t learn until late into the game. I personally took months before learning the ins-and-outs of the menus of similar games ie. Flower Knight Girl.

Click any image to view the gallery from my first hour of play. Download Foxynite on Nutaku.