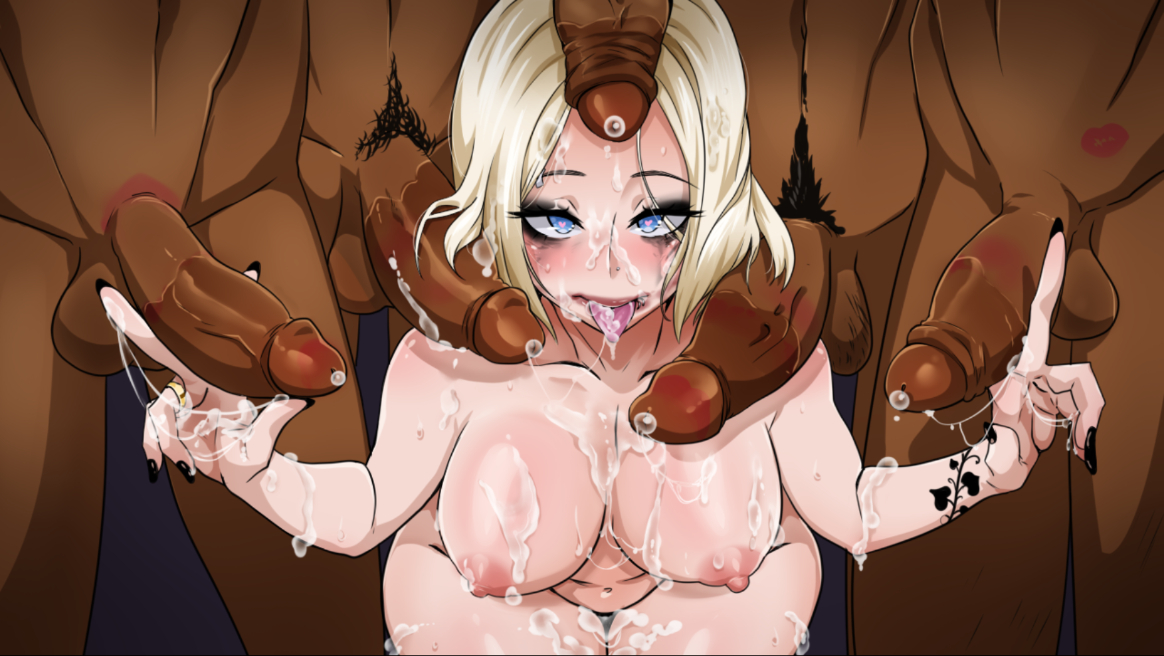 After a full year living with Mistress Freyja, she sits down to tell you a story. Of a man she knew, who got cucked by his girlfriend! But what happened to that man, and how the story ended, is entirely up to you.

This game takes place after the first Stories of Submission, but can be played as a stand-alone experience. The primary focus is on Alex and Stacy, not Protag-kun and Mistress Freyja.

Freyja tells the story of what happened between Alex and Stacy. The moral of the story depends entirely on which of the three endings you receive. The events of the story take place over the course of several months in the time before you met Freyja.

There are three endings in total depending on when the husband decides to stand up for himself. While the writing at the start and end is enjoyable, the middle portion is a bit mixed. It honestly felt like Stacy got corrupted pretty fast, and the interracial trope was just way predictable.

ENTeR the Cuck is a visual novel created in the Renpy engine. Click the screen to advance. Press CTRL to skip text. Bookmark your progress by saving it on several available slots. The game has three basic choices. Most of the story is very linear. It’s roughly 1-2 hours long.

The art is drawn in a westernized version of the anime style. While the pointed faces and simplified shading resemble the eastern style, the toned stomachs and detailed facial hair showcase the western influences.

Due to the reliable Renpy engine, the game runs smooth as silk, even when taking screen-grabs or changing the resolution. I experienced no game crashes, but I was using Windows 10. The steam page indicates this game was not designed for Apple devices or older systems.

Two parts of the narrative lacked any sort of visual variety. First, whenever Stacy meets Freyja at the cafe. There’s a static background and a single character still, meant to carry and convey all of their encounters there. Second, when Alex the cuck is finally confronted with the cuckoldry. From searching her phone, to confronting her, and the dialogue afterwards, it all takes place in a single empty room.

Interestingly, an entire hotel area and minor character named Jimmy is fully illustrated in the latter half of the game. I wouldn’t be surprised if he’s slated to return in a later title or originally had a larger role here.

ENTeR the cuck has no voice acting.

There are a handful of tracks in total. Bass guitar is heavily emphasized with a somewhat cryptic style of music unique to western media. That’s mainly in the title screen though, the music isn’t very memorable beyond that, primarily due to the focus on growing tension and more exciting visuals over time, culminating in Stacy becoming basically enslaved to BBC.

Freyja mentions knowing the black guy that fucked Stacy, but we’re never given any context. Freyja also says she fucks no-one except for Protag-kun, but we never see it. I would have loved either a flashback or present day scene featuring our redheaded goddess. She’s much more sexy than this new girl!