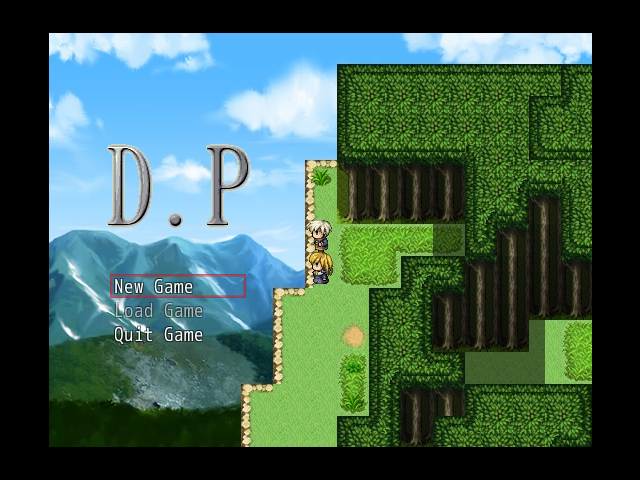 You and your sister are on the run! When you arrive at a peaceful little village, you decide to take a rest. But are the people of this town really that innocent? Your sister will find out firsthand! Please note that this review contains massive spoilers.

You arrive in town and your sister becomes a nun. At the end of the week, the demon army invades and the story ends. Rest in pieces, bitch.

Five days is not enough to build up the characters and relationships in-game. The writer keeps splitting attention between tons of random people, and you never feel attached to any of them. Who cares if the blacksmith is having sex with his apprentice?

This game has a total of three endings. In the first ending, time is reset and you’re told to start over. In the third ending, a random legendary hero got turned into a cat and now you adopt him and leave town.

The theme of the game is fantastic and clear. Humans that behave like animals can hardly be called human to begin with. You even say “Goodbye Aten. Nobody will ever hear that name again”. Your character is fully giving up his life as a human, and is joining the demon army. Very few games show that the demon army is actually in the right, which made this a totally unique experience.

D.P was created with RPG Maker. Use the arrow keys to move. There is no dialogue skip or text log.

After you complete the game the first time, you’re sent back to the beginning with almost no changes to the story. And unless you use a walkthrough, you’ll have to complete the story a third time for the final ending.

This game demands that you replay the story three times with no variation to find all the endings. And without a dialogue skip, you’ll get arthritis tapping the enter key thousands of times.

Even worse is that you can’t view any sex scenes until you beat the game the first time. And many parts of the game like hunting the farm animals absolutely require a walkthrough. When it comes to gameplay, this is among the worst games we’ve ever reviewed.

The art comprises of pixel animations. There are no CGs of any kind. These animations are a mixed bag.

These sprites are tiny, so the artist has a limited amount of space to convey sexual actions. Sometimes he makes the sprites larger than normal, which messes up the scaling and makes them look absurdly long and tall.

The character of Ellis has pink skin during sex scenes and it’s fucking gross. I don’t care about the 19 unique scenes, the animations need to be good for me to enjoy them. The only good scenes are with the player’s sister, since blondes are easy to animate with the bright colors contrasting against backgrounds.

The town is big and lively, but the player is never given a reason to explore it. There were countless NPCs I never got a chance to speak to simply because the game discourages exploration. Once you complete your daily quest, you’re sent straight to bed.

D.P has partial voice acting in the form of moaning that happens during sex scenes. These audio clips aren’t used consistently. When listening from the outside you can hear moaning, but later when you can actually view the sex scene, the girl is not moaning.

The bed creaks and footsteps were incredibly hot, but not all sex sound effects were good. The sound for handjobs is garbage! The developer used the sound of book pages being flipped. With every stroke of the cock, you can hear paper rustling!

There are 73 music tracks in total, but only a fraction of them are used. Many of these tracks are well known classical symphonies, explicitly named in the game files. Beethoven’s piano sonata number 8 . Mozart’s Requiem Lacrimosa. Bach’s Matthaus Passion 39. Each track is exquisite and masterfully done, but none of it is unique and none of it matches the scenes.

Considering the amount of tracks unoriginal to the developer, I cannot properly judge if there are any unique tracks here. You hear violins, flutes, harps, and even music box chimes. This game’s music goes from atmospheric into creepy without holding back. This music is downright fantastic, but it’s used badly. Lack of originality, refusal to use all the tracks, and inappropriate song placement all stop this game from achieving a level of greatness.

D.P has 19 scenes, though multiple have repeated animations and all have predictable dialogue. At first your sister hates having sex but soon she becomes a total whore.

The game is advertised as a netorare cuckolding experience, but that’s horribly inaccurate. The majority of scenes have nothing to do with your sister, and even then she’s never stolen away from you. In fact, she explicitly states she’s leaving the village so she can remain loyal to you. She only had sex with others due to blackmail and threats of violence!

Outside of blackmail, there’s a ton of voyeurism. The local priest is having sex with the nuns. That’s not cuckolding, that’s just you being a peeping tom. You barely even know the nuns, and you have no connection with them. While the game is advertised as NTR, it fits more into the peeping category.

You can’t view any scenes until your second playthrough, which sucks. And your character never has sex with anyone, so really this story is just about this weirdo who’s in his sister’s business.

This article has two videos linked to show the animation. The sprites are too small to show a lot, and it also limits sex positions to cowgirl and missionary only. As for the dialogue, some of it makes me hard, like when the priest says “If you get pregnant we’ll raise the baby together”, but outside of highlights, the dialogue was boring and predictable.

Download Devil Particle. If you like this game but want something ten times more heart rending, check out our review of NTRPG2.