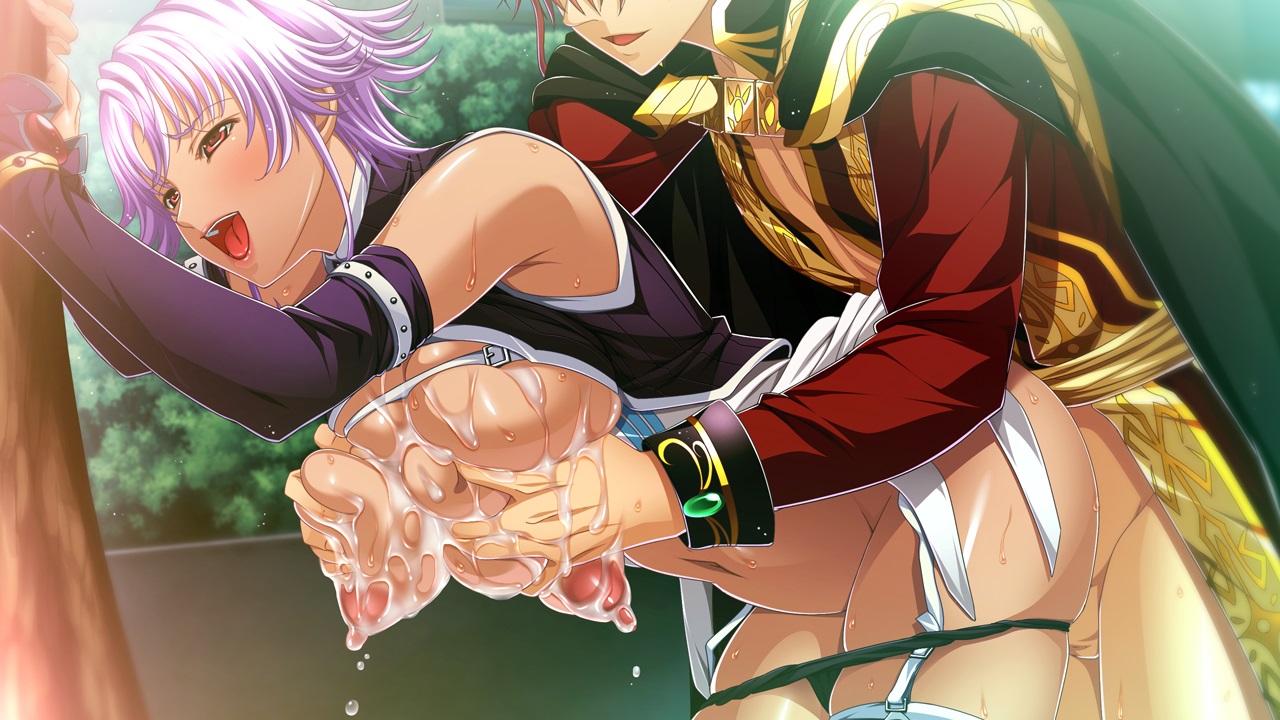 Read my first impressions of this eroge in Funbag Fantasy is Male Wish Fullfillment.

It was the nephew of the king of Lingobard, Argent, who tried killing Lute with plot-convenient magic. Lingobard is a small nation whose military was crushed by General Gladys in the first installment of the Funbag Fantasy franchise. Members of the Lingobardian royal family were naturally very bitter about the political ass rape. Argent acted upon his family’s vengeful feelings and devised multiple plans to kill King Lute. But every plot against the Tits-Loving King backfired on Argent’s bitch boy face. His crimes were exposed and he confessed.

Whenever in doubt about your geopolitical decisions in eroge, ask yourself, what would Putin do?

As a response to Edelland’s “unprovoked” military actions, Fronce restricted their brassiere imports. The sanctions hit Edelland’s economy hard, and the chance of riots is real. The attacks against Lute Hende will not stop until he can dispose of the scheming Marquis Cuvier in Fronce. When the Tits-Loving King is formally invited by Cuvier to discuss Fronce’s brassiere sanctions, Lute devises his most clever plan yet. He travels to Fronce with Shamsiel, secretly accompanied by the general of his army, Gladys.

The ingenious deception of King Lute was to fake bad relations with Gladys. Lute made his soldiers spread rumors that reached Gladys’ ears, and the ears of Cuvier’s spies. Edelland’s indomitable army general is not married to the king yet, and feels insecure. Cuvier thinks Lute is weak, he drops his guard.

When the Tits-Loving King enters Fronce on his diplomatic mission to negotiate the lifting of brassiere sanctions, he is escorted by the two women whose support solidifies his grip on the throne.

After a cold exchange of veiled insults and threats between Marquis Cuvier and Lute, Gladys, and Shamsiel, the Edellanders withdraw for rest. The battle that will determine the fate of the two greatest kingdoms on Eurodia will be fought another day. There is a time for war, and there is a time for love. Gladys is itching to get her titties sucked by his King, which Queen Shamsiel graciously permits. She leaves the room and lets the two lovebirds enjoy some private time of tittyfucking and pussy pounding.

Little did Shamsiel realize what her rival in love was plotting. Emboldened by Lute’s recent passionate words of their future royal wedding during their last vaginal intercourse, the purple-haired buxom babe manipulates Lute into a fervor of lust. Gladys lets him drink her tit pudding straight from the nipples. Edelland’s young king loses all self-control, and pumps several steaming hot loads in the classic cowgirl position into the fertile army general, assuredly making her pregnant. Meanwhile he lubricates her tit crack by milking her humongous breasts during sex, like this bitch is some fucking cow from a farm.

Gladys’ betrayal of the succubus’ trust will not go unpunished. The deciding battle for the heart of Edelland’s perverted king is approaching, and it will be fought between the sheets and the creaking beds.